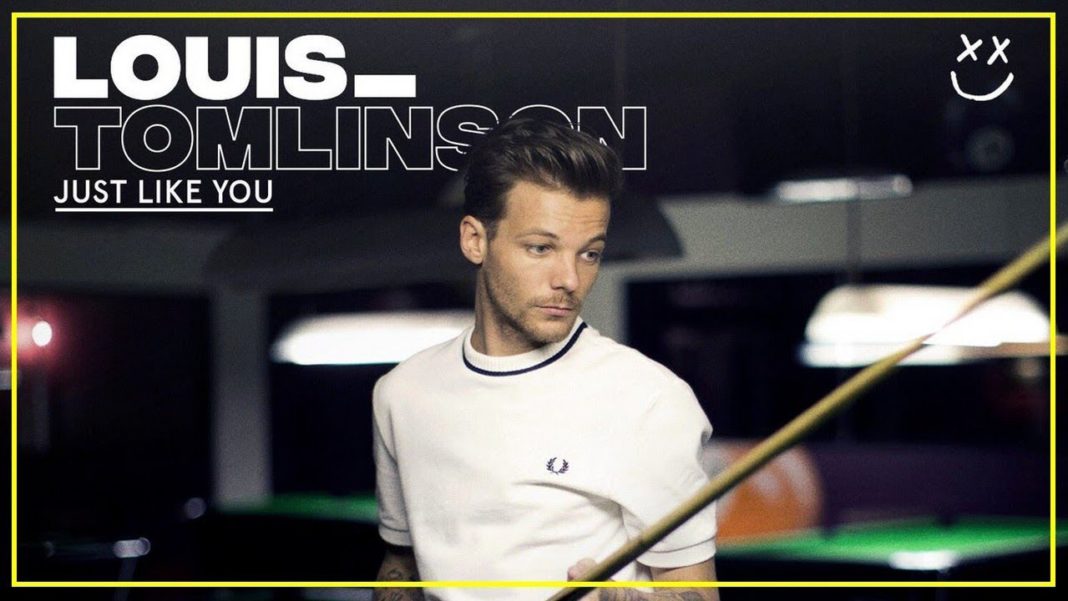 They’re rich, they’re famous, and they’re beautiful- surely, celebrities have nothing in common with the rest of us. But maybe underneath the glitter and the glamour, they’re not so different after all. If there’s anyone who knows what it’s like to be in the spotlight and put on a pedestal it’s the members of One Direction, and with his new single “Just Like You”, Louis Tomlinson aims to show fans that he’s really just like them. On the chorus he sings, “Yeah, I feel the same as you would do/ Same stress, same shit to go through”, detailing his problems and noting that the world “only get[s] half the story” of what his life is really like.

Following the singles “Back To You” (featuring Bebe Rexha and Digital Farm Animals) and “Just Hold On” (with Steve Aoki), “Just Like You” is Louis’s first solo single without a feature. The confessional nature of the song is fitting, then, and it’s personal while still being relatable- the type of song that will make fans feel like they know the real Louis but that can also connect with their lives. It’s a midtempo pop song, though the chorus seems to borrow some electronic influence (not surprising, considering Louis’ recent collaborators).

Louis said in a press release, “Just Like You is a song I’m really attached to. It’s all about this view of celebrities that we’re impenetrable and almost not human, but fundamentally we all have the same problems. Heartbreak feels the same, loss feels the same, all these feelings are the same for all of us.”

Directioners will note that Louis isn’t the first member to reference his time in the group in a solo song: earlier this year in his smash hit “Strip That Down” (featuring Quavo) Liam Payne sang “You know, I used to be in 1D (now I’m out, free).” In a recent interview with Zane Lowe on Beats 1 (shown below), Louis admits that “The fans have seen so much, and gotten to know us so well… but I’ve never really had a chance to be as honest like that with music, so that was really refreshing.”

What’s next for Louis Tomlinson? He notes in the above interview that his next single (which will also be a solo effort) will arrive later this year and that his debut album will come out “probably early next year.” Tour dates are also “definitely” on his mind and will happen next year. We’ll be sure to keep you updated on all things Louis, so make sure you’re following Substream on Twitter so you don’t miss a headline.