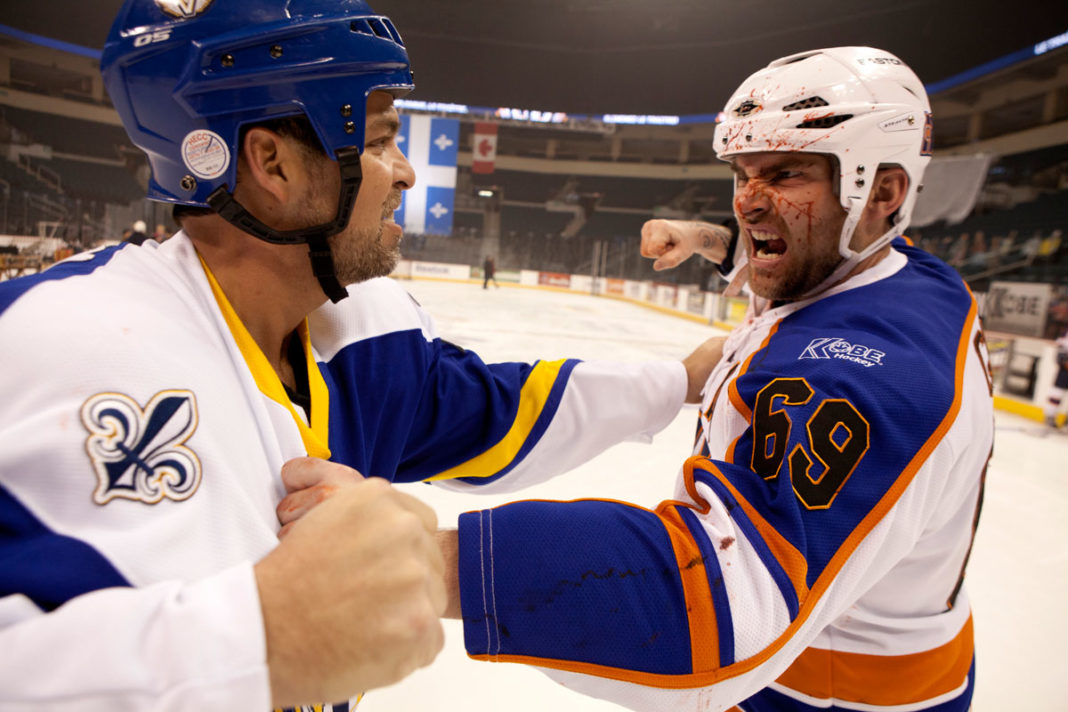 The start of September can mean many things to many people. September is when school resumes, summer ends, and homeowners everywhere begin to stress about the amount of fallen leaves gathering on their lawns. It also marks a stark change in the type of movies being pushed into theaters. The big budget tentpoles that dominated the three previous months finally leave cinemas and are replaced with more modestly budgeted, potentially award-winning fare. There are also far more comedies and original properties.

With all this in mind, we felt September would be the perfect month to kick-off a new movie column here on Substream. Instead of running our quarterly ‘movies you need to see’ feature, which historically have highlighted more than 45 films with each iteration, we are going to begin promoting must-see new releases on a month to month basis. You may not have the time or finances needed to see everything, but hopefully this column can make choosing what new releases do get your support a bit easier.

The greatest hockey film of all time finally gets the sequel fans have been waiting for, and we’ll be the first to tell you it does not disappoint. Doug ‘The Thug’ Glatt (Sean William Scott) encounters challenges he’s never known after losing a brawl on the ice against a relative newcomer looking to prove himself. Add to this the fact his longtime girlfriend is now pregnant, and Glatt soon discovers he has reached something of a crossroads in life. Does he continue to be the goon the public loves or does he hang up his skates in preference of life as a family man? Can he be both? Last of the Enforcers recaptures the magic of the first film while pushing nearly every character in new and exciting directions. Don’t miss out.

After what feels like an eternity of trailers, teasers, and imagery so unsettling it could give full-grown adults nightmares, the latest adaptation of Stephen King’s It finally arrives in theaters this month. The film will tell the first part of King’s story, as the young members of the Losers Club have their first encounter with the mysterious monster known as Pennywise the dancing clown. Who will survive and what will be left of them? You’ll have to buy a ticket to find out. If you’re feeling really brave the film will also be available in select IMAX theaters. You know, for those of us who prefer our creepy clowns to be as tall as our homes.

Could this be the start of the next great action franchise? American Assassin features Maze Runner lead Dylan O’Brien as a black ops recruit who is taken under the wing of a brilliant Cold War veteran (played by Michael Keaton). The pair is somewhat at odds initially, but they soon must work together to stop a mysterious operative who wants to start a global war.

We know the plot every single film on this list except this one, and to be honest – that’s okay. Sometimes the best movie going experiences are those that occur when the audience knows as little about the film as possible. Mother claims to follow a couple whose relationship is tested when uninvited guests arrive at their home, but the footage seen in the trailer above reveals something far more sinister may be afoot. Some of us at Substream believe Jennifer Lawrence is carrying the spawn of satan, while others believe she is the unwitting victim in something related to the occult. Either way, we will be in line on opening night to discover what Darren Aronofsky has in store.

The only big budget sequel arriving in theaters this month, Kingsman: The Golden Circle will attempt to recapture the magic and unpredictability of its predecessor by adding more characters and a new villain to its comic book ready premise. With their headquarters destroyed and the world held hostage, members of Kingsman find new allies when they discover a spy organization in the United States known as Statesman. In an adventure that tests their strength and wits, the elite secret agents from both sides of the pond band together to battle a ruthless enemy and save the day, something that’s becoming a bit of a habit for Eggsy.

Much like how The Conjuring spawned an extended universe of interconnected horror franchises The Lego Movie has quickly spawned a number of interconnected family friend franchises. First came The Lego Batman Movie, and now audiences willing to be a bit more weird with everyone’s favorite color bricks can take in The Lego Ninjago Movie. Lead by the voice work of Dave Franco, the film follow six teenagers who are “hired” by an old master and become ninja heroes at night, defeating monsters and riding vehicles and dragons to protect the far-away land of Ninjago and its capital city. Also, there’s a cat. A real one.

The second major studio movie to be inspired by the Boston marathon bombing doubles as an Oscar opportunity for Nightcrawler star Jake Gyllenhaal. The beloved actor plays real life hero Jeff Bauman, who tragically lost both of his legs in the now infamous terrorist attack. Bauman would be hailed a hero for helping authorities identify one of the suspects, but his personal path to recovery is another story altogether. Instead of focusing on the bombing itself, Stronger aims to inspire with a story of how people learned to move forward in the face of great heartache and challenge.

The first of two sports biopics based around the world of tennis set for release in 2017, Battle of the Sexes has Oscar contender written all over it. Steve Carell and Emma Stone star as Bobby Riggs and Billie Jean King, two of the biggest names to ever set foot on a tennis court. The film follows the pair’s 1973 match, which for a while was the most watched televised sports event of all time. Trapped in the media glare, King and Riggs were on opposites sides of a binary argument, but off-court each was fighting more personal and complex battles. With her husband urging her to fight for equal pay, the private King was also struggling to come to terms with her own sexuality, while Riggs gambled his legacy and reputation in a bid to relive the glories of his past.

If there is a God we hope he or she allows American Made to break the recent run of bad luck that has plagued Tom Cruise at the North American box office. The iconic actor’s last two films (The Mummy and Jack Reacher: Never Go back) did not go over well with audiences or critics, but something about this ‘based on a true story’ title feels different. Maybe it’s the fact the trailer showcases the wild-eyed Cruise moviegoers have always loved, or perhaps it’s the fact he plays a morally ambiguous character instead of his far more familiar perfect hero type. Whatever the case, we’re all in on this film so far, and our fingers are crossed that it’s as good as the trailers make it appear.

Did we need a remake of Flatliners? No, not really. Are we going to watch this one anyways? Absolutely. Five medical students embark on a daring and dangerous experiment to gain insight into the mystery of what lies beyond the confines of life. The bold adventure begins when they trigger near-death experiences by stopping their hearts for short periods of time. As their trials become more perilous, each must confront the sins from their past while facing the paranormal consequences of journeying to the other side.

If you have an upcoming film you feel should be considered for a future installment of this series, please email [email protected] with the release information.