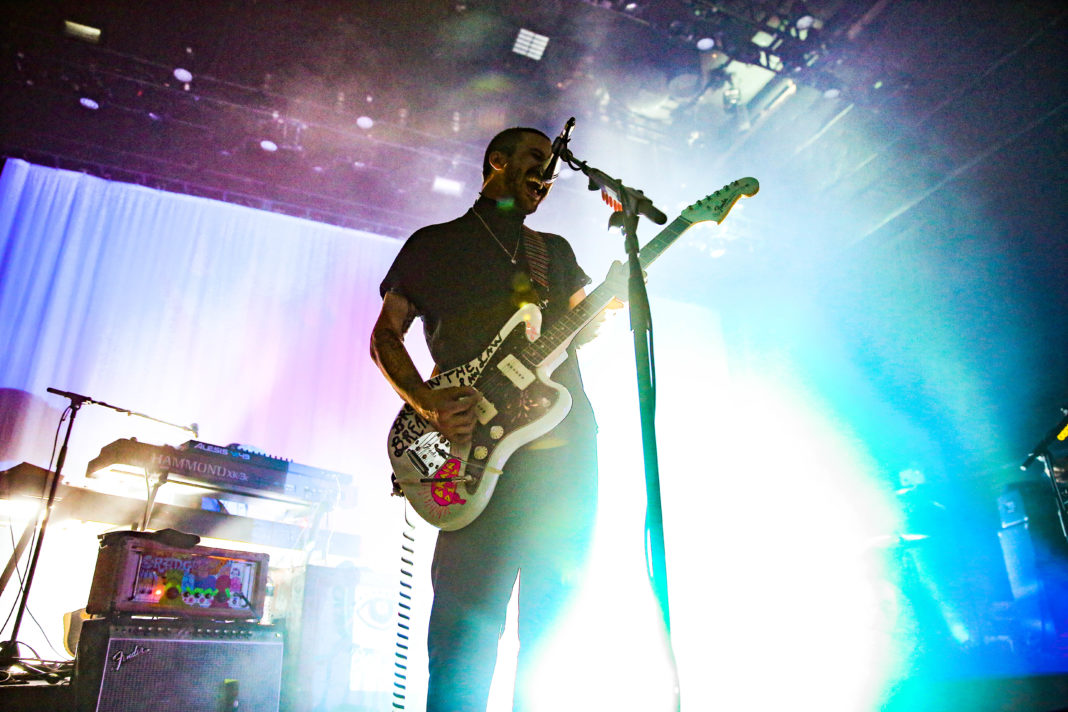 Portugal. The Man, also known as the self proclaimed “Kings of Portland,” arrived at Manhattan’s Terminal 5 last week for two back-to-back sold out shows. It had been a while since the band was last in the Big Apple, but with the upcoming release of their eighth album Woodstock, they decided to stop by.

A large projector was placed in the middle of the stage with two microphones on either side of them. Toward the back of the stage was a drum set and across from that a keyboard. The stage was set and it was just a matter of time before Portugal. The Man would be taking the stage. It wasn’t long before the chants for the band were flowing through the venue. They started softly from a few die hard fans in the front row but it wasn’t long until they had made their way to the back of the third level and the entire crowd was begging for Portugal. The Man.

The band graced the stage under minimal lights and opened with a cover of Metallica’s “For Whom The Bell Tolls” before seamlessly flowing into their hit “Purple Yellow Red & Blue.” For each song, the projector shined a different aesthetic of trippy visuals behind the band. Throughout the night, Portugal. The Man left an aura of mystery within their set, performing in mostly black light, appearing for the most part as silhouettes (although the occasional strobe lit up their faces). Nonetheless, the band put on a great show that was very high energy. Their lengthy 16-song setlist included hits both new and old like “Holy Roller (Hallelujah),” “Modern Jesus” as well as their fair share of covers from The Beatles and Pink Floyd.

While they might call themselves the Kings of Portland, Portugal. The Man proved with their performance that they were the Kings of New York for those two nights.