Like A Boss: The Definitive Ranking of The Lonely Island Pt. 1

Hello there. Lovely day we’re having. Here’s a fact for you: Popstar: Never Stop Never Stopping is a delightfully hilarious movie (NOTE: This is an opinion, not a fact). Here’s another fact for you: the film is now a year old, with its one year anniversary happening this past weekend (NOTE: This one is actually a fact). In case you aren’t aware, Popstar is a movie from The Lonely Island, a musical group consisting of Andy Samberg, Akiva Schaffer and Jorma Taccone, who make humorous songs and music videos. How humorous? I’m glad you asked.

In honor of the anniversary of Popstar, I have taken it upon myself to craft the be-all and end-all rankings of The Lonely Island’s songs. If you do a quick Google search of such a list, you return many results of “Top 10 Songs” or even “All Lonely Island Music Videos Ranked.” That’s half-assing it. I’m here to rank all of them.

Let’s establish the rules of this ranking. I’m counting every song that appears on their studio albums: 2009’s Incredibad, 2011’s Turtleneck & Chain, 2013’s The Wack Album, and 2016’s soundtrack for Popstar. Interludes are included, but the five tracks on Popstar that consist of movie dialogue are not. That leaves us with 81 songs left to rank.

How have I determined these rankings? That’s an excellent question. There are a few factors that play in. Most important to a song’s ranking are the following: What’s the joke in the song? How funny is it? How effectively is it conveyed? How good is the song itself? While a song will not be penalized for not having a music video, songs that do have music videos will have those taken into account, both the positives and negatives.

Using this foolproof method, I will attempt to sort one of the most important lists of our generation. Let’s get to work, starting with song 81 down to 54.

81. Normal Guy – Interlude: Incredibad
It’s not really much of a song at all, and while comedy bordering into offensive is a trademark of The Lonely Island, here it doesn’t work, as the execution of a joke about a suicide pact instead comes off as incredibly cringe inducing. This is the worst Lonely Island song, but it only goes uphill from here.

80-78. My Mic, Falcor vs. Atreyu, Watch Me Do Me: Turtleneck & Chain
The group’s second album has by far the weakest interludes. They are all being lumped in here because they are all bad. Moving on.

77. Sick Glenda: Popstar
The first actual song on the list! While it’s an incredibly pivotal moment in the film where Conner4Real (Samberg) reconciles with the members of his old group Style Boyz (Taccone, Schaffer), the song itself is a throwaway joke about a past hookup.

76. Meet The Crew: The Wack Album
Built off a similar joke as “My Mic” above, the parody of the ever expanding membership of groups like Wu-Tang Clan and Odd Future is a fine idea. The issue comes with the group doing weird voices for almost the entire song. Their weird voices are fine in small doses, but not for a full track.

75. Where Brooklyn At? – Interlude- The Wack Album
Same issue with the voices as “Meet The Crew” along with a joke that no one outside of New York will find amusing.

74. Attracted To Us (ft. Beck): Turtleneck & Chain
It pains me to put a song with Beck so low on the list. Alas, most of the song consists of the group shouting over a repetitive beat. What a waste of Beck! I think we can all agree on that.

This is the first of many songs in The Lonely Island’s catalogue that send-up the section of hip-hop and pop music that’s obsessed with extravagant displays of wealth and status. It’s also the weakest example.

71. Things In My Jeep: Popstar
In Popstar, this is the failed solo song from Lawrence (Schaffer), who quit Style Boyz shortly before Conner went solo. It succeeds at being boring, repetitive, and vastly uninteresting. Also Linkin Park is involved in the song, which is… yikes.

70. The Old Saloon: Incredibad
The instrumental here is crowded and muddied–the mix of Old West stylings and modern production clashing in an unpleasant way. Lyrically, it’s just a bunch of Western stereotypes delivered haphazardly. There’s a neat idea in here somewhere, but it’s not in the final product.

69. Shrooms – Interlude: Incredibad
Again, nonstop weird voices hurt this track. It’s only an interlude though, so it’s grating for a shorter amount of time and the video game-esque instrumental is actually pretty catchy.

68. Owen’s Song: Popstar
Owen (Taccone), Conner’s DJ and former Style Boy, gets his own song! There’s not really a joke in it! It’s just a song! It’s fine, I guess!

67. I’m A Hustler (Song?): The Wack Album
That question mark at the end of the title really tells it all. Another weird-voice-character-bit that goes on for too long. The beat moves this one up the rankings, though.

The joke here is that Natalie Portman enjoys drinking, swearing and having sex. Considering that she is an adult woman, many of whom enjoy any combination of those things, I already assumed those might be true about her. That being said, I’d listen to her rap single on Soundcloud. The dig at the end about sexist interview questions posed to female celebrities is great, as well.

65. Trouble On Dookie Island: Turtleneck & Chain
This is mostly an excuse for The Lonely Island to say “dookie” a bunch and make poop jokes. It’s saved by the trio’s storytelling abilities, which are still impressive even with a simple joke. Also, I’d like to believe this was laying the groundwork for getting Billy Joe Armstrong on their next record.

64. We Are A Crowd: The Wack Album
It’s an examination of why being in a crowd at a sporting event compels us to all chant together. It’s nothing special in content, but the instrumental is pretty catchy, if a bit simple and repetitive.

63. Dream Girl (ft. Norah Jones): Incredibad
Here, we have a take on the numerous folk-flavored tracks about true love and the entertainment industry’s general obsession with the concept of a dream girl. Here, that girl is basically feral. Also Chex Mix are invoked in a random progression that doesn’t totally work. This song is good for googling Norah Jones to see what she’s up to these days. She released an album last year! I listened to it after finding this out, and it’s pretty good. Give that a listen instead of this song.

I know this song was big for awhile. It has 151 million views on Youtube as we speak. But listen to this song. Is it that memorable? No, it spawned one line that your friends in high school wouldn’t stop screaming over and over, and beyond that, there’s nothing of substance. Don’t get me wrong, I dig it for what it is, but it’s not one of Lonely Island’s enduring songs. The video also gives us Samberg dry-humping someone in a giant fish costume, which is not a visual I needed.

I won’t deny that the payoff on this song is great. I laughed out loud when I figured it out. But the work that goes into that payoff keeps this track from landing higher on the ranking. Unless you’re really good at sorting out the letters in your head, you’ll need a pencil and paper to figure this one out.

60. Punch You In The Jeans: Incredibad
The premise for this song is incredibly dumb, but it somehow works a bit. Mostly because of the incredibly smooth instrumental and lots of fantastic clothing-based rhymes.

59. I Fucked My Aunt: The Wack Album
This one’s for the Game of Thrones crowd. Also for the crowd that enjoys R&B focused on past relationships. It’s just that these past relationships are with their aunts. The whole song is pretty uncomfortable, but T-Pain swoops in to take the cake on weirdness in this song. This is also not the T-Pain/Lonely Island song that’s important. That one is much higher on this list.

58. Legalize It: Popstar
A reggae song about smoking weed, except it’s actually about smoking crack. Like the previous entry, there’s a much better song of this variety further up the rankings that will remind you of the guy you knew in college who thought he was enlightened because he listened to Bob Marley and smoked weed at the same time once in his life.

57. I’m A Weirdo: Popstar
The beat saves this song, as the southern hip-hop backing wouldn’t sound out of place on a 2 Chainz or Migos album. The lyrical content is mostly nonsensical imagery. It serves its purpose for the track, if it is a tad forgettable.

56. Incredibad: Incredibad
The album closer on the band’s first album is another example of how vivid The Lonely Island can be at telling a story. In this case, the story is of them all fucking an alien at the same time. Delightful. It’s not so much a song as spoken word over instrumentals, but it’s certainly something.

55-54. No Homo/No Homo Outro: Turtleneck & Chain
These two tracks are the first instance on this list of a concept that runs through a lot of The Lonely Island’s material. Throughout many of their songs, the band includes subtle to not so subtle traces of homoeroticism. These are joined by many instances of songs including some blatant homophobia in order to illustrate how absurd homophobia and bigotry are. It’s also a good reminder that homophobia in the music industry and beyond is still a major problem, no matter how much progress has been made in the last decade. How successfully Lonely Island pulls it off is up for discussion, and some songs fare better than others.

In this case, the band lambasts the habit that bros got into a few years ago of saying “no homo” when complimenting each other or expressing emotions or enjoying things typically considered feminine. The song escalates from saying “no homo” to liking fashion or another man’s appearance up to watching gay porn together or sleeping with another man. It’s a good illustration of how ridiculous the notion is that a simple two word saying would ever have the power to influence someone’s sexual preference, as well as dispelling the idea that there’s anything wrong with identifying as LGBTQ. While The Lonely Island have a bunch of songs that are largely inconsequential, they are capable of wielding their comedic powers in service of a greater cause. This will be explored further in the rankings, as Popstar‘s Conner4Real has many songs that are deeply offensive, which the movie uses to shine a light on how far music still has left to go.

This has been Part 1 of The Lonely Island Definitive Ranking. Check back in for Parts 2 and 3 later in the week. 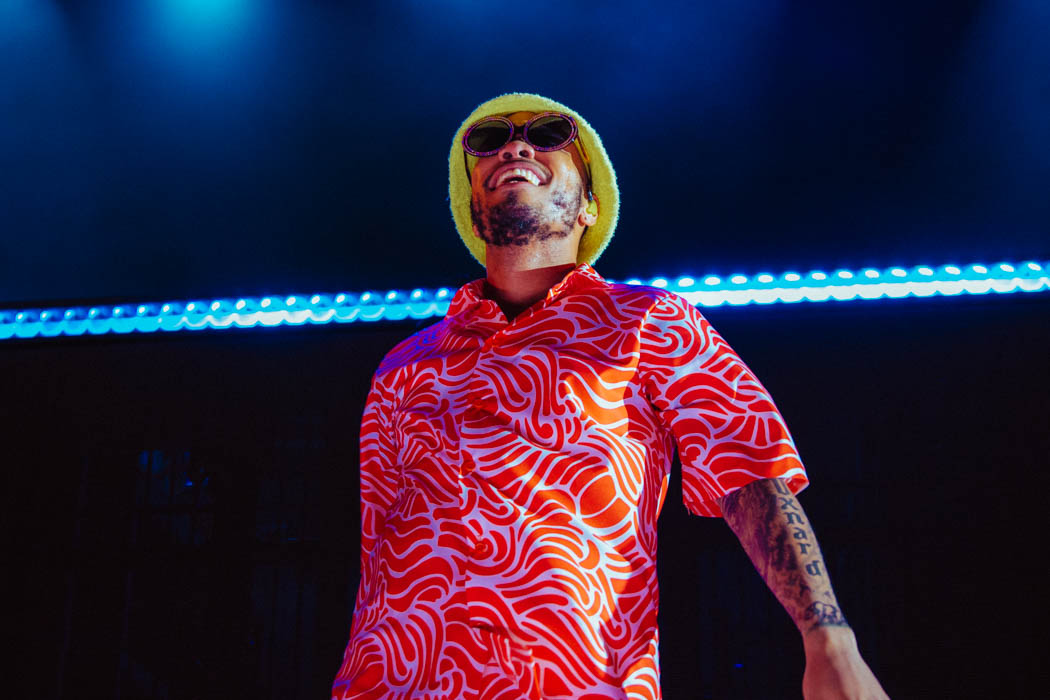 Anderson .Paak came back to Chicago with fireworks 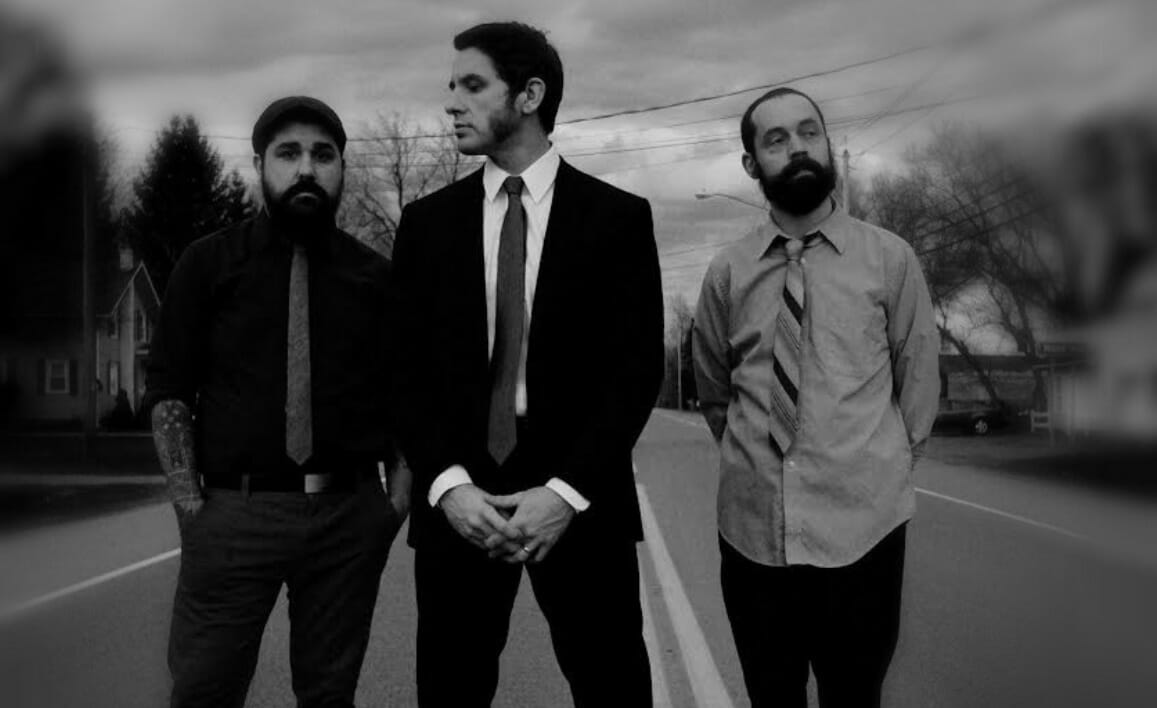 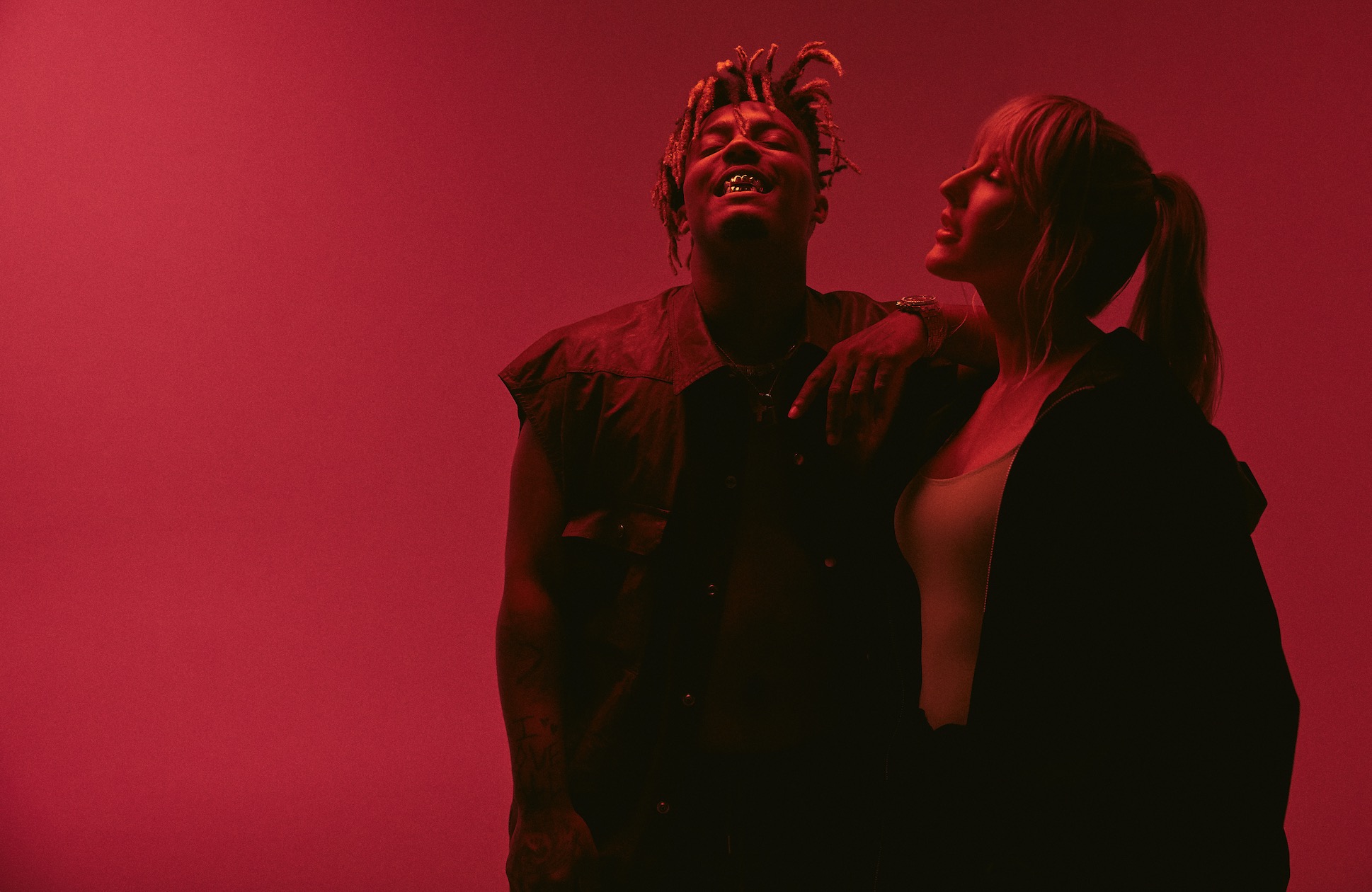 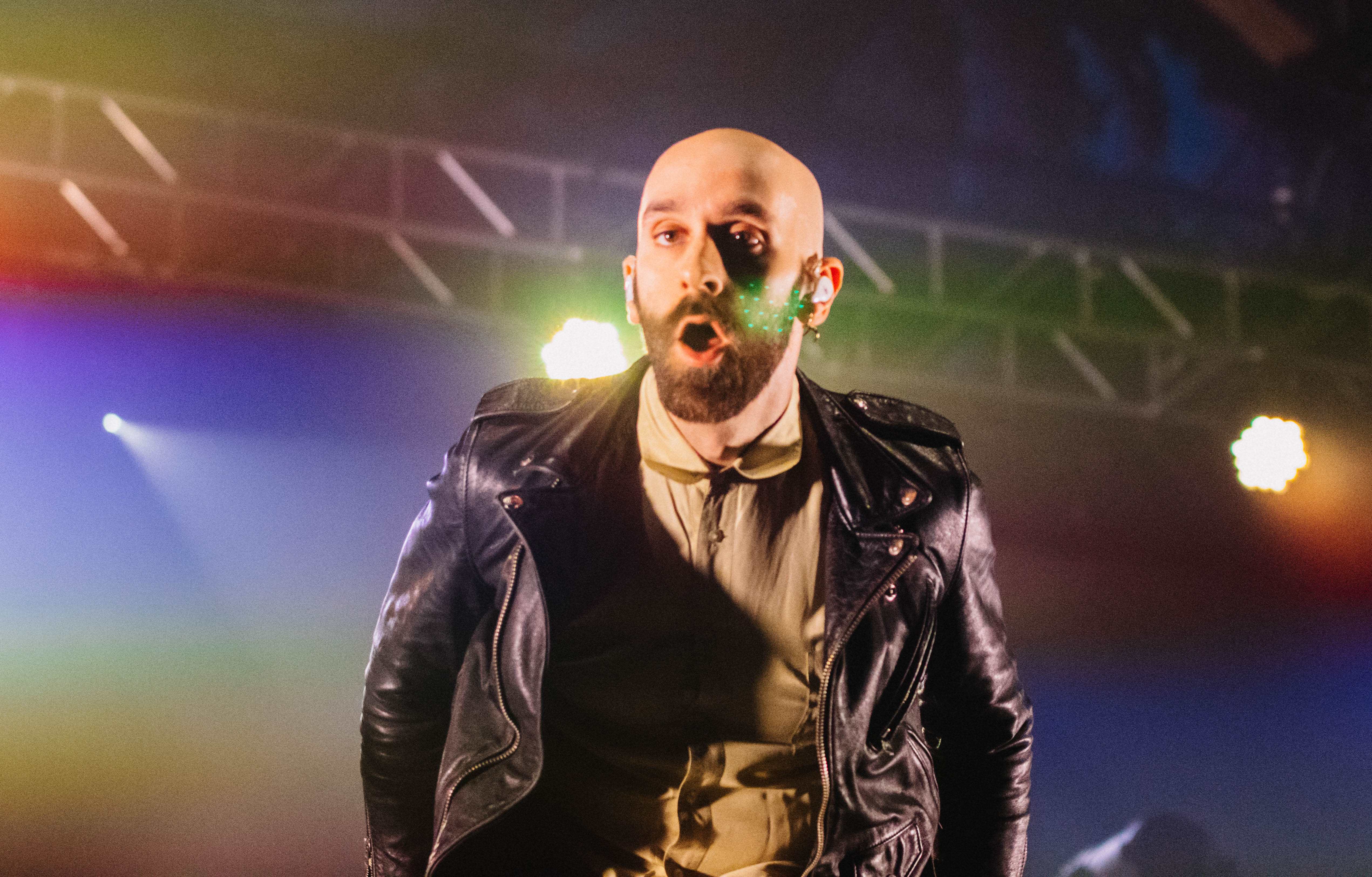