‘Honk For Jesus, Save Your Soul’ Review: Salvation and Sanctuary Has A Price 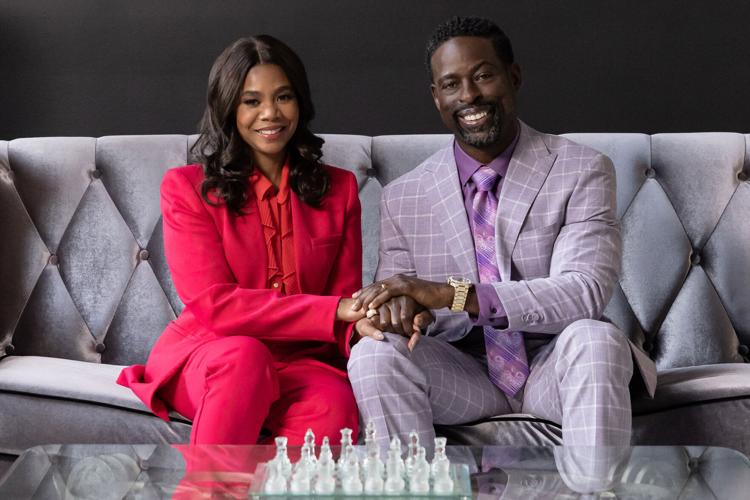 The Wander to Greater Paths Southern Baptist mega-church is having a grand re-opening in Atlanta and wants to ensure the world knows. So, for the impending “revival,” pastor Lee-Curtis Childs (Sterling K. Brown) and his wife, Trinitie Childs (Regina Hall), have hired a film crew to chronicle their way back into Sunday prominence. In the first few scenes of Honk for Jesus. Save Your Soul shows Greater Paths at the height of its popularity — 25,000 people strong in the congregation and the pastor speaking about all his earthly possessions because of his loyalty to God’s work. However, that abruptly goes away when a newscaster mentions a horrendous scandal. The Childs closed the church’s doors, but planned for a marvelous reformation under the forgiving spirit of the gospel.

Writer/director Adamma Ebo’s film begins by satirizing the extravagance of church culture. When we tour the church with Lee-Curtis and Trinitie, there’s a dance studio and a closet full of dresses and suits for days. With the planned re-opening set for Easter Sunday, Lee-Curtis immediately thinks he needs a new one. (However, he gets slightly tripped up when his high-priced Italian shoes find some old gum on the sole). If all the world were a stage, Lee-Curtis is undoubtedly eager to be its star. Trinitie is there to back him up in all his ideas (and even delusions).

While the film keeps the jokes going, a documentary-style comeback can only do so much to shield pain behind smiles. There’s a dark undercurrent within Honk for Jesus, where Ebo strives to tackle marriage, forgiveness, spectacle, and misconduct themes. It’s a daunting task because there are so many layers to what the film tries to attack. Other than the allegation issues, the Childs’ have to worry about a rival church named Heaven’s House. A younger couple, Keon and Shakura Sumpter (played by Conphidance and Nicole Beharie), has seized the opportunity to receive many Greater Paths followers. To make matters worse, the couple plans to open on Easter Sunday as the Childs.

It touches on the commercialization of the church itself. Heaven’s House makes its building much more attractive and even includes beautiful lighting fixtures for its sermons. Conpidance and Beharie are perfect opposite images in their characters, playing off Brown and Hall. When they all interact, it feels like an intentional juxtaposition is trying to be shown. The Sumpters appear they want to be a helping hand, but also are not shy about what they’ve gained in the Childs’ absence. Meanwhile, Honk for Jesus tells a story of how some church figures believe in their own hype to where responsibility is null in void.

Throughout the runtime, radio callers denounce the allegations thrown at Lee-Curtis because of the great sermons he’s said in the past. He also seems to believe in his hubris—often appearing self-centered and grandiose. The Greater Path church’s reformation project takes greater precedence over any atonement for his actions. A particular sermon is shown where Lee-Curtis denounces homosexuality and blames the devil for the things he’s done wrong.

And there is Trinitie, the glue trying to hold everything together. Slowly, but surely, things fray at the edges. The calm and confident facade of the couple falls away to a relationship that has gone through the worst. The performances of Brown and Hall drive this message home, even when Honk for Jesus loses itself in everything it wants to show. Later in the film, Trinitie has a talk with her mother about the struggles with her marriage. She quickly dismisses the sadness within Trinitie and mentions that she needs to confide in the word of the Bible. Trinitie quickly realizes this might be a lifelong process, as her mother did this until her father died. Her loyalty isn’t rewarded because she ends up in mine face paint trying to advertise the church’s re-opening.

Thus, sadness lives within Honk for Jesus that doesn’t give way to all the humor. What does resurrection mean when you can’t correctly be who you are or apologize for who you’ve wronged without being cast away? Are these characters accomplices to the system, or nearly products of something that promise salvation for many? The film doesn’t spell that out for you; you’ll wish it to. With so many thought-provoking things Honk for Jesus has to say, you might want it to zero in on its overall focus — especially at the conclusion. Perhaps that’s in the beholder’s eye. Lee-Curtis likens his comeback story to the first Rocky film, where Trinitie quickly reminds him he lost (that’s a mistake many people make). For anyone who has been a long-time churchgoer, there will be things to sit with. 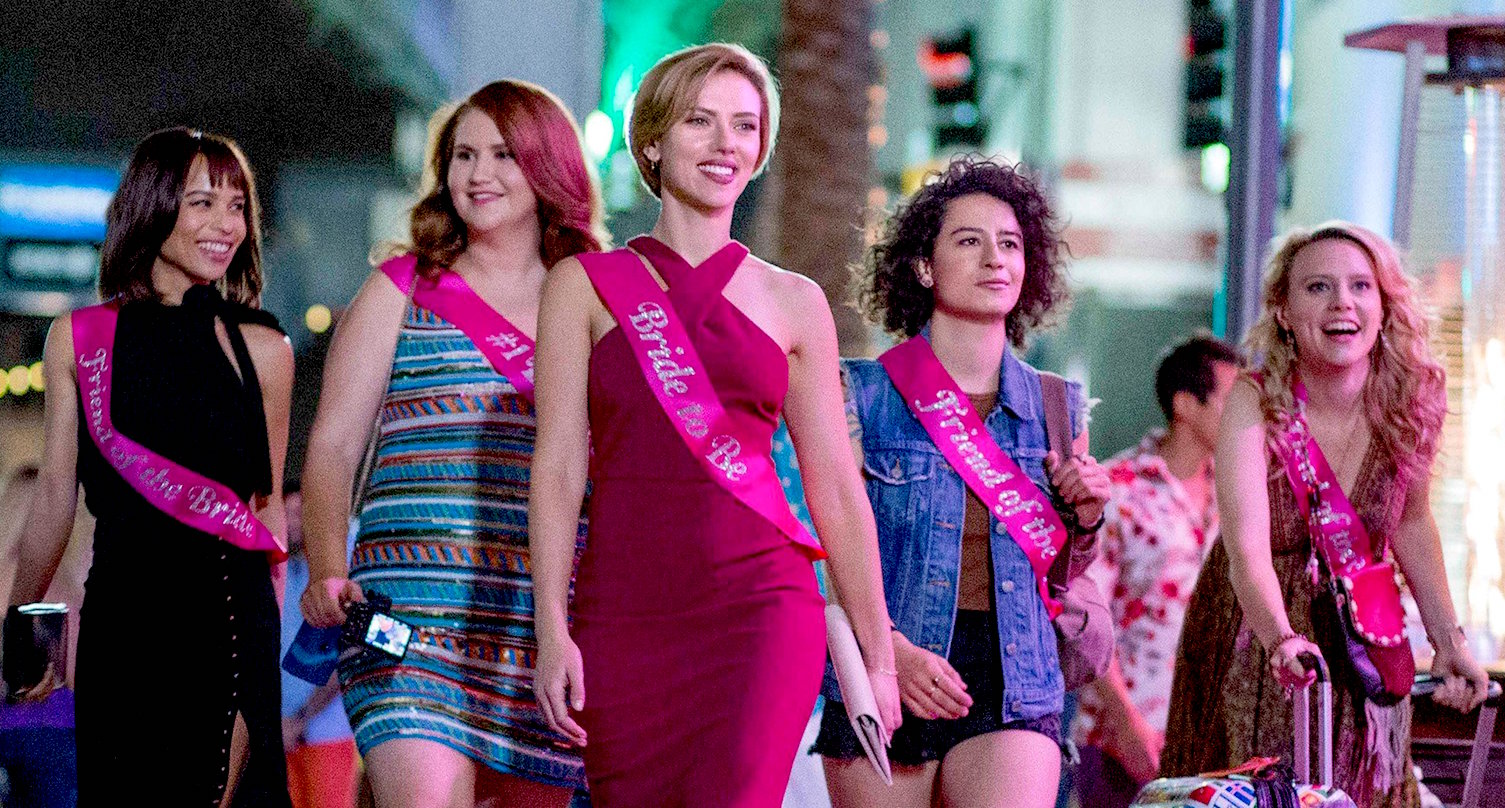 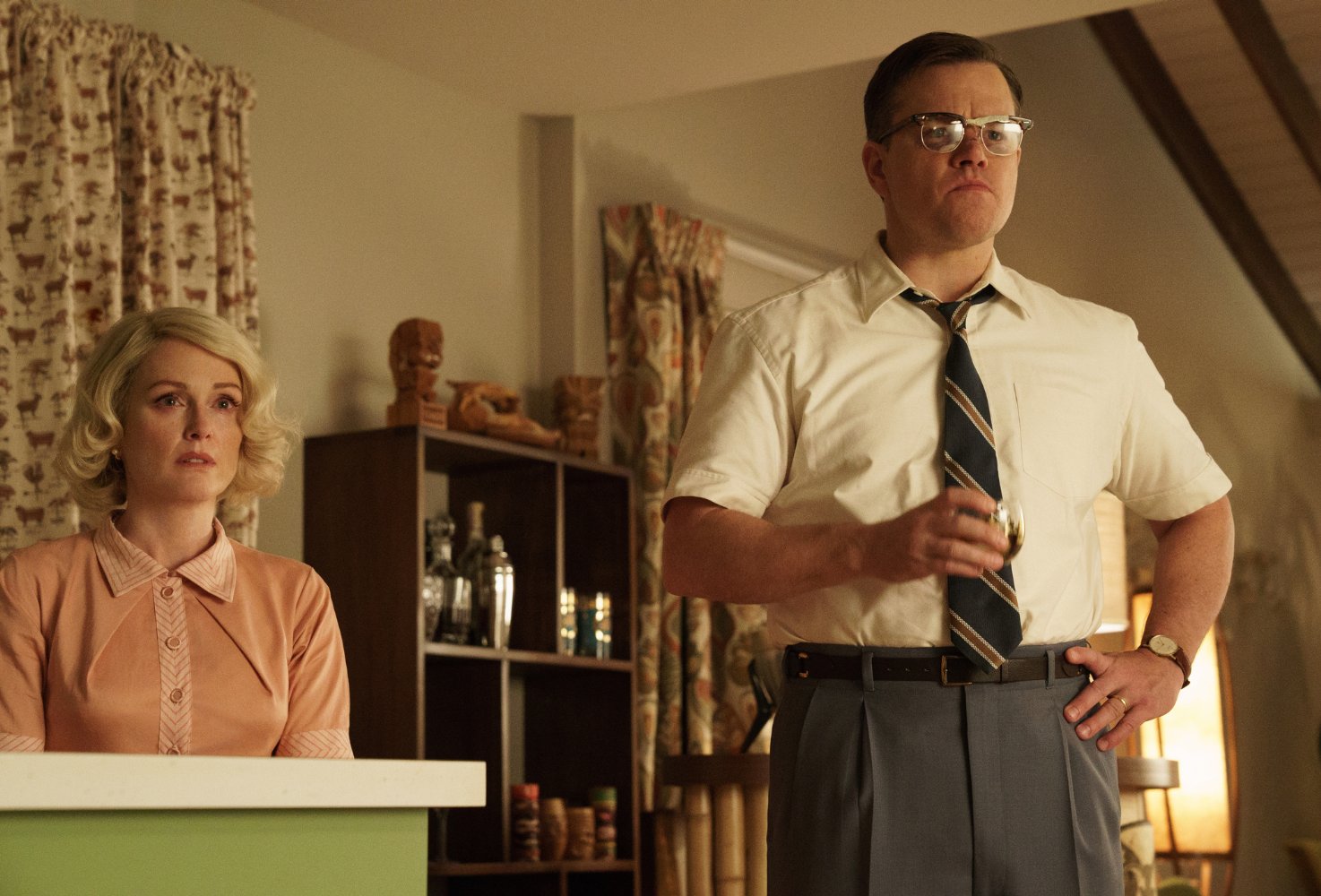 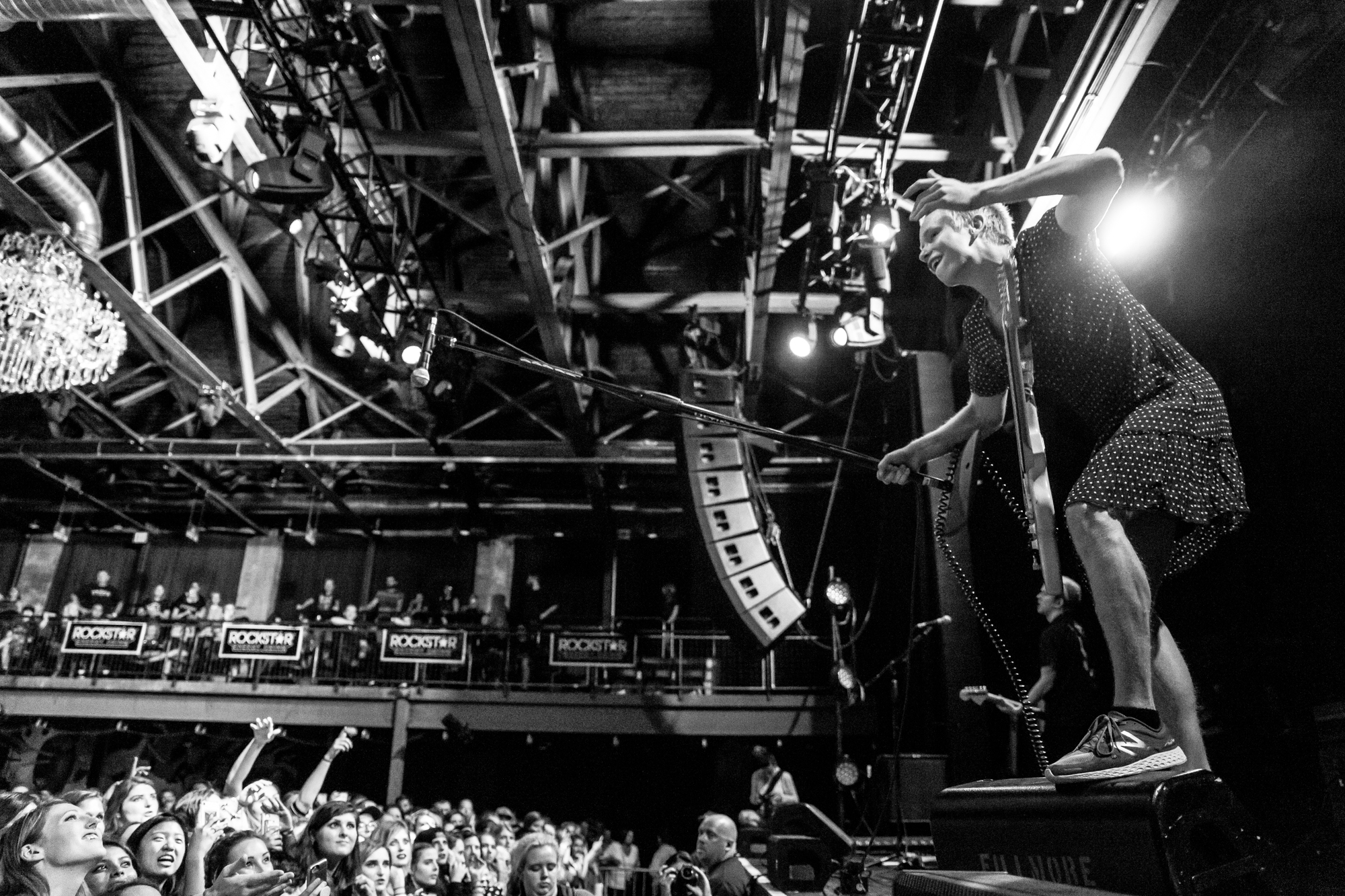 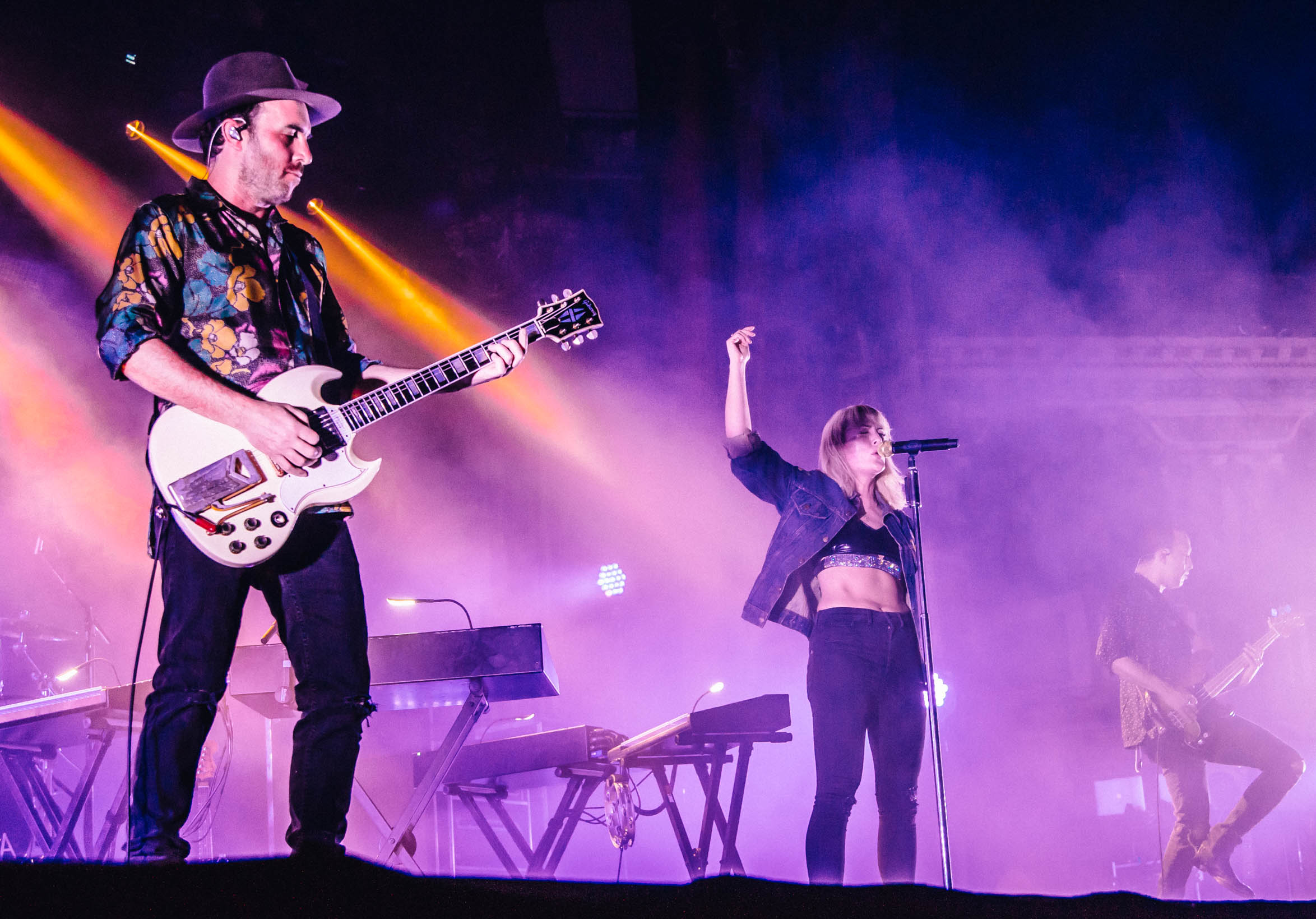