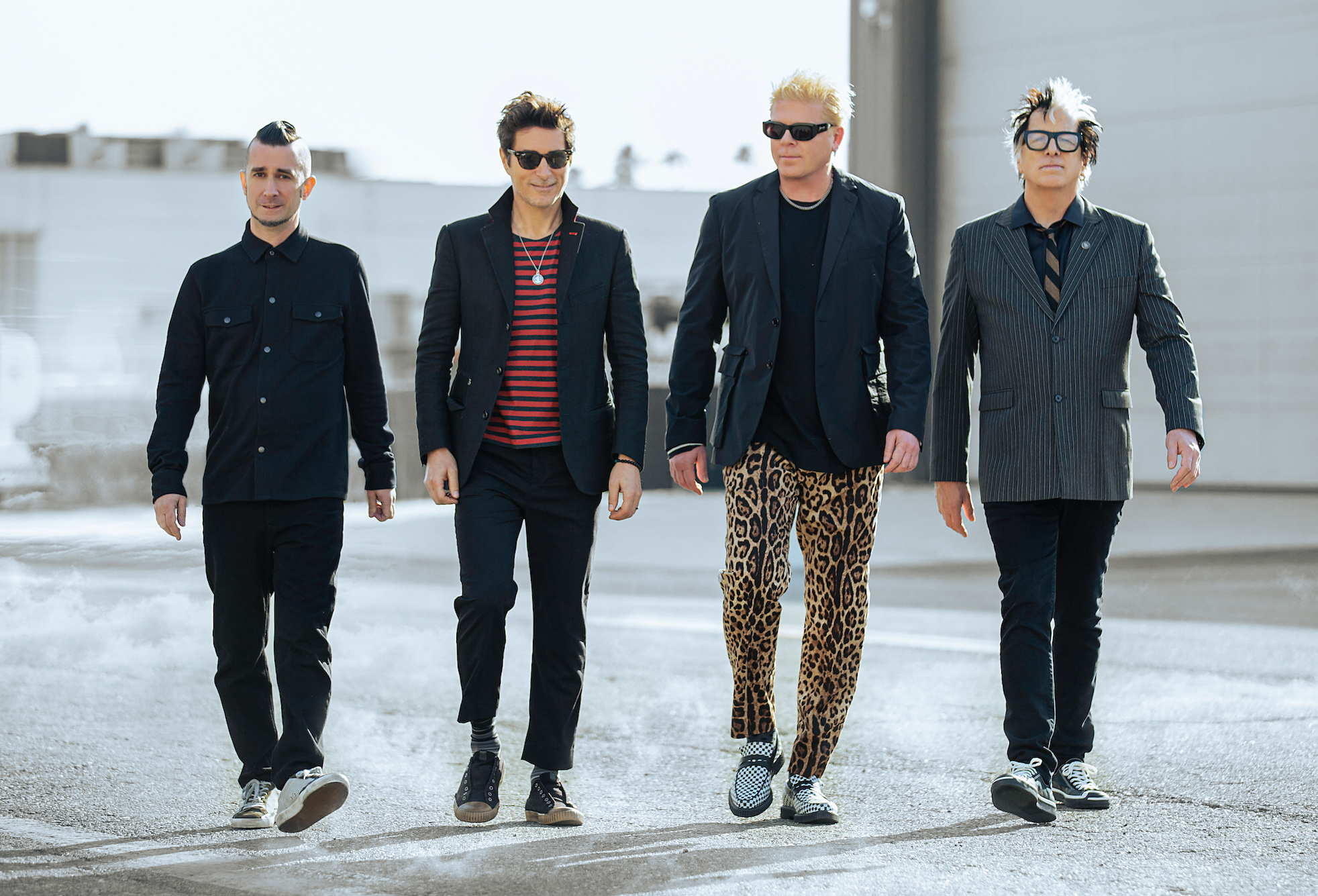 The Offspring is a band that doesn’t need an introduction. Multiple chart topping singles. Multiple platinum and multi-platinum records. You cannot think of 90’s punk rock and it’s revitalization without The Offspring, and their legacy in punk-rock is truly unrivaled. All the while the band continues to tour (pre and post COVID, of course) and release new music — even if it takes a little longer than it used to.

Their new record, Let the bad Times Roll, was released this past Friday, April 16th via their new label home, Concord Records. It comes nearly nine years after they released 2012’s Days Go By, their last via long-time label Columbia Records. The nine year gap marks the longest in the band’s career, nearly doubling the gap between 2003’s Splinter and 2008’s Rise and Fall, Rage and Grace, which was nearly four and a half years itself.

There’s a few reasons behind the long gap, everything from the label change, to lineup changes, their constant touring, and lead vocalist/guitarist Dexter Holland his PhD in molecular biology in 2017. But that doesn’t mean they haven’t been actively thinking about it and working on it since Days Go By came out. In fact, when long-time guitarist Noodles and I are chatting on zoom last week, this is exactly what he tells me.

“Immediately,” he tells me in regards to when they began work on the new record after they released Days Go By. “Whenever Bob [Rock, producer] had time to be with us, he’d fly in and we’d meet here in the studio in Huntington Beach and focus on a song or two. He’d usually come out for a couple of weeks. Then we go off on our own ways, come back in and give it a listen with fresh ears and either work on a song we’ve been working on or start something new.”

He notes the long gap and the aforementioned reason, explicitly pointing out how much harder they tour when a new record comes out. But, days really do go by quicker than you think and suddenly you’re six years removed from your last record. It’s around this time, Noodles says, that they kicked it up a notch with working on Let the Bad Times Roll.  “About 2 years ago, we really started having a super creative period. Most of the record was recorded over the last like 2 or 3 years,” he says.

Fans of The Offspring are likely pleased with Let the Bad Times Roll, as it perhaps more definitively sounds like an Offspring record that Days Go By, which leaned more into an alt/rock type sound than the classic punk-rock one that fans are accustomed to. I bring this up to Noodles, who agrees that the early feedback they heard called it “the most Offspring sounding Offspring record” they’ve released in a while.

Despite the overall sound however, Let the Bad Times Roll is not without it’s surprises along the way. There’s a song with horns on it, an acoustic song, and of course, the piano version of “Gone Away” makes a long-awaited appearance. “Our intention was definitely to come out with an Offspring record, because it had been a while. We knew that,” Noodles tells me. “We didn’t want to reinvent ourselves now and come out as a completely different band. Fortunately, we’ve never had that intention either, but we always do mix it up with a song or two on any given record. We did that with this record, there’s certainly a song or two that sound different from anything we’ve done before.”

It doesn’t take long for the record to kick into high-gear, as album opener “This Is Not Utopia” kicks off the record full-speed ahead. If you wanted an angry, classic, punk-sounding track from The Offspring, this one will hook you nearly immediately. When talking to me about the song, Noodles jokingly describes it as “I want to talk to a manager” vibe — in regards to lyrical content. The song itself tackles the idea of promises broken with what we were promised as “the American dream” and future of this country, as a whole. “It kind of addresses, you know, how it might be that things got this way, why are we so alienated,” Noodles expresses. “Then it’s like, how long will it take until love conquers hate. So there’s some hope that eventually we will get through this, but god damn we are stuck in a shitty spot right now.”

But on the flip side of the spectrum is a track called “We Never Have Sex Anymore,” which is a fun, playful song that shows The Offspring still know how to balance their sound. What started off as a funny, joke type song on acoustic guitar eventually grew into what it is today — a process that Noodles describes as the most difficult one of the entire process. “With the horns, and how do you — you know, we are a guitar, bass, and drum band. That’s a big part of any Offspring song for the most part. So, how do we incorporate that with horns and make it sound like the Offspring. Then that swing kind of feel too, we’ve never really done anything like that,” he explains. “But as that came together, it was really fun. What started as this joke-y little song was actually turning into something. It’s a tongue-in-cheek look at when the passion kind of fades in any relationship. Any relationship past two weeks — anyone that’s been in a relationship longer than that, knows what it’s like when you’re not doing it like rabbits anymore.

Although it was a tough song to put together, The Offspring are happy with how it all came out. I ask him if, due to the struggle of trying to fit different sounds and instruments into The Offspring mold, there was a time they reached the point of no return and accept a song for what it is. “Yeah,” Noodles replies with a laugh,”That happens a lot.” He explains it as sometimes “frustrating,” where they feel like they’ve worked out everything with a song, but they’ve never released one where they sorta threw in the towel and called it a day.

One of the more interesting parts on Let the Bad Times Roll is when they take on Edvard Grieg’s classical piece, “In the Hall of the Mountain King.” It was something they’d been messing around with backstage for a while, and Dexter finally convinced the guys to just track it down and see what they could do with it. “It’s kind of a fun what the fuck moment in the middle of the record. If people are casually listening to the record it’s gonna grab their attention, bring them back, and make them focus on it a little more,” Noodles tells me.

“The Opioid Diaries” also makes an appearance on Let the Bad Times Roll, after becoming a staple of the band’s live sets the last few years. It made it’s way onto the record to grab the attention of those who haven’t heard it live before, but also because they felt it was more important than ever to release such a lyrically heavy song. “We thought that was an important topic to touch upon now. You know, it used to be the people that became addicted to heroin were counterculture types, artists and musicians that lived in the dark, seedy shadows and tried to push those envelopes,” Noodles says. “But nowadays, it’s everyday Americans that were prescribed a drug that was going to help them get over a medical issue, and they became addicted to a far worse issue. It was the pharmaceutical companies that pushed those drugs on every day people.”

Finally, the last song I bring up to Noodles is the piano version of “Gone Away,” which is another one that they’ve been performing live for many years. For the Offspring, the reason to finally record it and put it out was due to fan demand on social media, meet and greets, and everything in between. He describes it as an “uncomfortable” process for Dexter, who originally wrote the song about the tragic passing of his then-girlfriend.

“That song probably has touched people more deeply than any other song we’ve ever written. I’d say that or maybe ‘The Kids Aren’t Alright.’ And part of that is to let the voice really touch upon the emotion. It’s easier to do that when you can kind of hide the voice behind loud guitars, drum, and bass like we did in the original version of the song,” Noodles tells me. “To strip it down and make it your voice and your piano, really puts Dexter out there vocally. It’s not entirely comfortable, but we had his back on it. We were all about it. I think it’s a great and very moving version of the song and I don’t even play on it.”

Much like everyone else in music, The Offspring is itching to get back on the road — especially now that the record is out and they usually tour hard and heavy to promote their new releases. They’ve just recently announced some new shows in the U.K. with The Hives, as well as carryover shows from last year like Aftershock and some others. They’ve been rehearsing and figuring out how to play some of the new songs live, stuff like who’s going to play which parts, and things of that nature.

We’ve already been rehearsing, locking down all our parts. We’re gonna rent out some space and start working on pre-production stuff, to make sure the live show is all there before we go out and play. “We’re listening to the new record and figuring out who’s gonna play what parts. How to take what we’ve done here in the studio and make it translate to the live show, because there’s always a bit of tweaking to do that. It’s gonna be fun, we’re getting excited about that,” Noodles says.

In regards to how many new songs The Offspring is going to work in, things are still getting sorted out, but they are working on learning how to play all of them. “Figure out which ones we’ll weed out later, which ones — the ones that don’t go over as well in the live setting,” Noodles says. “I think we might do a couple shows where we play the whole record, we’ve talked about that. We’ve done that with other records. In later years, we’ve gone back and like on 20 year anniversaries. We’ve done Ignition, Smash, Americana, Ixnay [On the Hombre], we’ve done all of those records all the way through at some point.”

While the rest of the year is uncertain for The Offspring, there is some sense of normalcy: a new record is out. Let the Bad Times Roll is certainly a welcomed return for the kings of punk-rock, and whenever we all get to see them live again, it’ll be like they never left. 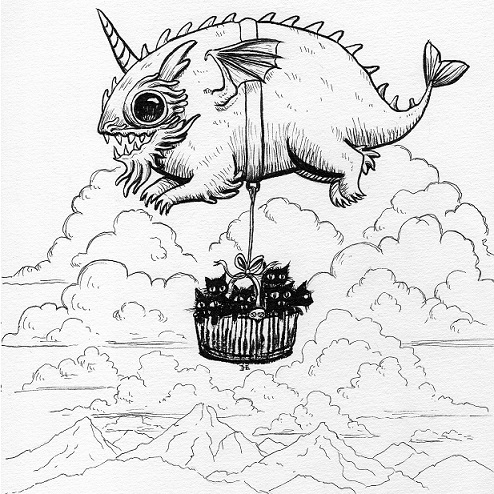 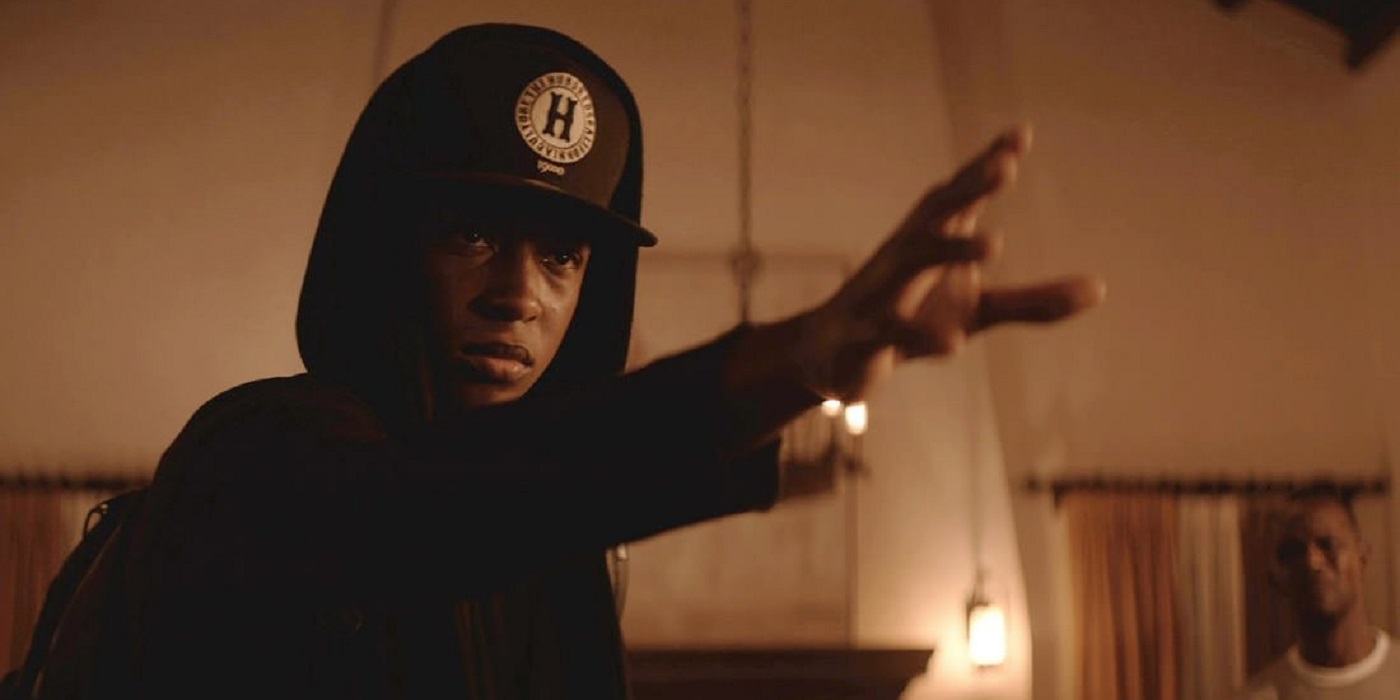 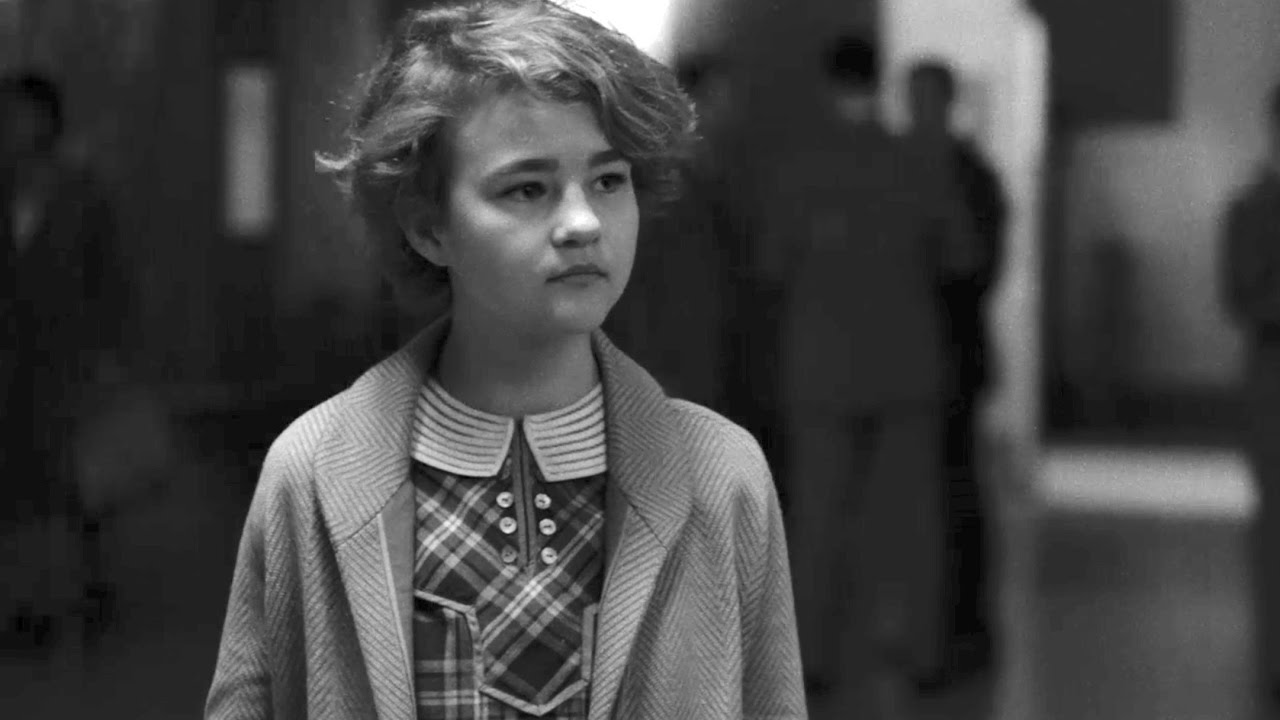 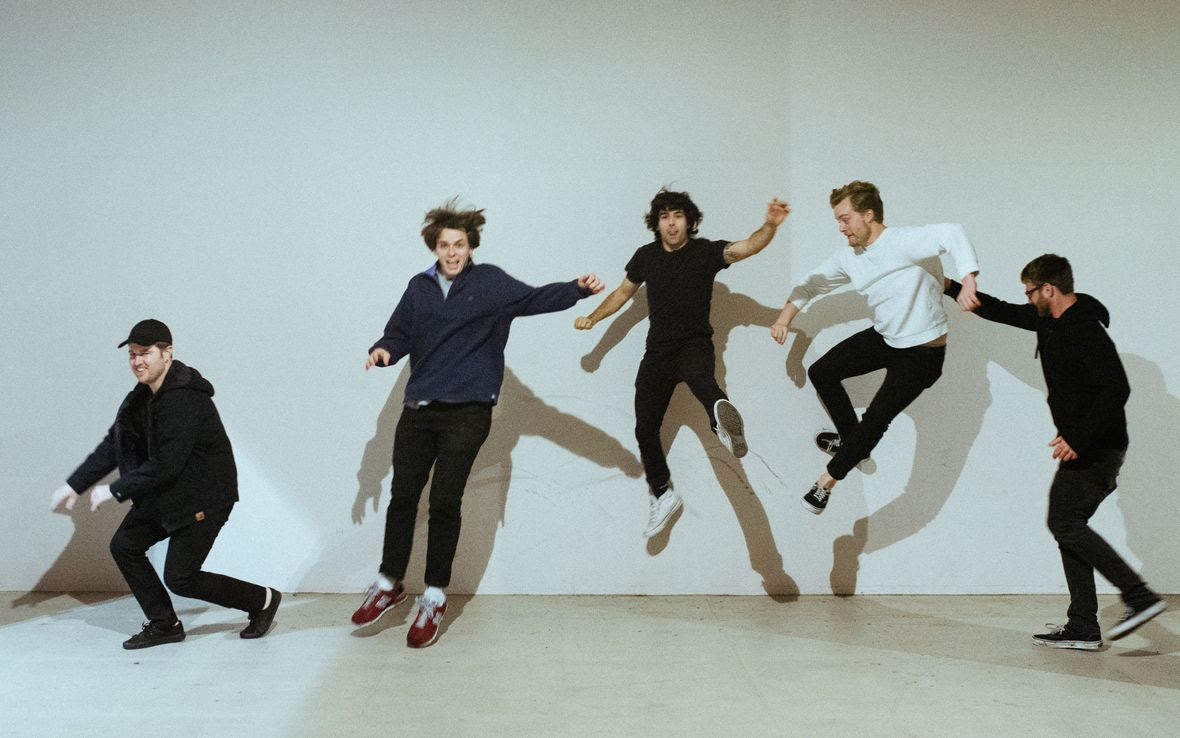 INTERVIEW: Stickup Kid are letting their souls drive this time