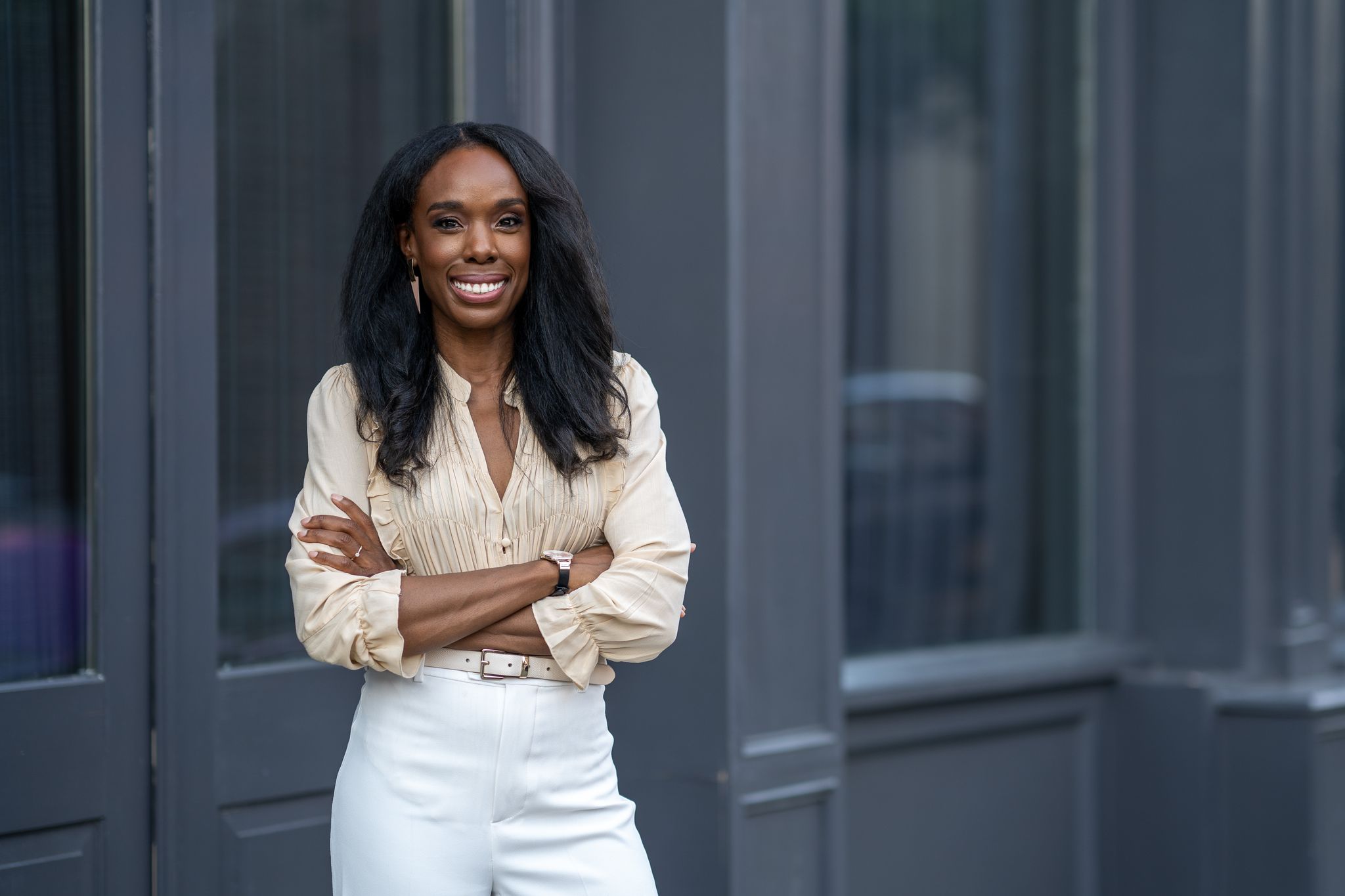 For most of the year, movie theaters and the entertainment industry in general have been shuddered because of the ongoing pandemic. (Movie theaters have recently just opened.) Many film festivals across the country have either had to postpone or change their templates to a digital model. Despite everything, Liberian-born, Brooklyn-based entrepreneur, writer and filmmaker, Kweighbaye Kotee soldered on to make this edition of Bushwick Film Festival happen.

The theme of this year’s edition is transformation – a sentiment that many of us can identify with as 2020 rolls on. Over 100 films will be available to watch. Also, panels and discussions are in place for people across the world to be a part of. Bushwick Film Festival is a true snapshot of the diverse nature of New York – as in 2019, 50% of films shown at BFF were directed by a female or person of color. I spoke to Kotee about the challenges she overcame in making the festival happen this year. We also discuss how the year’s events shaped her resolve in making the Bushwick happen

What went into making the 13th iteration of the Bushwick Film Festival? We are amidst an extraordinary amount of circumstances given COVID and theaters being shut down in New York.

Kweighbaye: Yeah, it definitely was a challenging process, for sure. Once the lockdown and quarantine happened, we were still going to work for October, because we thought it last for a month or so. When I started reaching out to the venues, and everybody was like, “well, we don’t know what’s going to happen,” so, we have to pivot like all other small businesses. I applied to a bunch of things and locked myself in my apartment (I’d didn’t have any choice, really.) I just obsessively went online and applied to a bunch of small business grants, PPP, everything that I could put my hands on.

Luckily, we received the PPP. So, that allowed me to keep a few people on my staff to help us get through the pandemic. We were doing Netflix parties and stayed engaged with our filmmakers, staff, and volunteers. I received a bunch of support, thankfully. I applied to like fifty things and thankfully, two or three things kicked through, and it got us through the festival as to quarantine. I’ve always been very committed to the festival, obviously, because I’ve been doing it for 13 years. I can’t really imagine a world without it happening. Also, I did a lot of research and figured out what other major festivals were doing. Just read a lot of articles about what steps they were taking and kind of followed their lead. Maybe around June or July, some festivals were doing half virtual, half live, and just kept on changing.

It wasn’t until July or August when I realized that, “okay, we don’t really have the budget to make a last-minute decision on whether we’re going to do virtual or live events.” Sort of like the New York Film Festival and all those other festivals. At that point, we decided that we’re going to go virtual fully this year. Began moving forward with planning and reaching out to filmmakers. In the meantime, all of our programming our submissions were so open. Films were still being submitted – not as high as the volume previously because all the festivals were being canceled each day. We were able to get things moving.

One last thing I’ll say, we are all very passionate and film lovers. Most of us are filmmakers and storytellers, and that has always kept us going. So when things such as COVID happen or Black Lives Matter – it’s always just the things you turn back to when you’re having challenging times.

What attracted me to Bushwick Film Festivals is because of how diverse it is. There is representation from minority and LGBTQ creators – in the amount that you may not see at other festivals. Throughout this year, the country has been

It really was just business as usual with the programming. That’s because I have always been intentional in that way. You know, obviously, I’m a woman of color – so that is very important to me and has always been. It was hard to put the emotions aside or try my best to. I had to decide how politically active I was going to be. I just had to stay home and work through it all, because there’s very few women of color in the movie industry to start off with. Everything was so rocky, so I really had to focus on making sure that this company gets through COVID.

I think that was part of our motivation – that fire.  I’m so happy that the world is finally coming to terms with a lot of injustices and issues that the black community and the TFC community have been facing. One of those issues out of is that too few people of color are business owners. Not a ton of people of color are in the film industry or at an executive level in the film industry.

So I was just like, “I gotta keep going, man. I gotta, I gotta keep this going.” Basically, I thought of myself, “Okay, so the world is finally realizing all this.” Unfortunately, it’s happening during COVID. So, I just kind of have to like stay focused, keep my head down, and keep working. I wrote an article about my experience in how the Black Lives Matter movement affected me. I felt like between that article and the festival, those are my key focuses.

How does it feel to pay it forward with the opportunities that this festival provides? Bushwick is not only film, but there are panels and opportunities for young creatives to learn. You’re helping empower the up-and-comers of tomorrow.

It’s just really good to contribute in that way. What I mean is, it’s a space that practices equal representation. So it’s not for any specific community. When you show up to the festival, you’ll see that you’ll meet people from so many backgrounds. It’s a space that really probably reflects the diversity of New York City. Obviously, if we were in a place like Utah, it might be a little of a challenge to do that. If you’re going to New York City and you live in New York City, you’re going to see people from all backgrounds and places.

That’s what I love about the festival and being able to continue to pay it forward in that way. It just feels it feels really good, to be honest. I enjoy it. I enjoy working with people that helped me produce it. It’s about 50 people behind the scenes trying to get the festival up. The speakers are amazing. In the movie industry panel, which is a three-week conference, a lot of the speakers are BFF alumni, which was awesome.

When they came into the festival like 10 years ago, maybe they were just like emerging filmmakers themselves. Now they are making films on Netflix or Hulu, and it’s just cool to see. To witness their journey as filmmakers from first time filmmakers to having a major deal with a network has been a very rewarding experience for me.

Was there any trepidation from independent directors providing films to the festival given the climate, or were they more willing to get as many eyes on things as possible?

In my experience, this year for this experience was, luckily, a lot of the only because of COVID. A lot of the distributors and works made an exception for this year for filmmakers to be allowed to stream their film on festival platforms. So, a lot of them made a collective decision to allow it for this year only for a specific amount of time and only at festivals that have secure shooting platforms. A lot of films also have like deal blocks that allow them only in like the USA, in case they already have a deal happening with a distributor outside the country.

So yeah, it like a difficult thing to navigate. It was only possible because the networks and the distributors and producers made an exception for this year. Had it not been for COVID, normally it wouldn’t be acceptable to stream these films this way. They have great emerging films and a lot of them are almost on their way to distribution. If put your film online, that could affect your possibility of getting a distribution deal.

For example, there was a film that HBO was interested in. We connected the filmmaker with them, and it turned out that the filmmaker had put their film online like a year ago.  Because it had been online, they weren’t able to move forward with the project. That was all post COVID.  I’m assuming that after this year, hopefully we will slowly start getting back to some live events.

We don’t know when the world is going to go back to the normal that we had before March. That’s crazy to even think about. Throughout this entire process, what is the one major thing you’ve learned?

I think what I realized that there’s a lot of non-essential things I was doing, or doing as a festival, that we that probably won’t have to come back next year. Even if a lot of events happen. Outdoor dining is going to be a staple in New York City for the time being. Those sorts of things where you’re like, “oh, wait a minute, like, why did I do 50% of that last year?” It was just a headache to do a lot of things just for the sake of this has always been “the way things are done.”

There are a lot of moving parts in the festival. For example, this year, there are 115 filmmakers, 30 speakers, and 25 industry professionals, in response, you know, so all together, the people that are taking part with us will come up to talk to 200 to 250 people. Then you have the audience, which would be in the thousands.

I think when I started the festival, and I usually modeled things after the larger ones. I just sort of took on things they were doing.  I realized this year that I can minimize the things that need to be done. Some things were wasteful – even with badges and picking up badges. All the different repeats,  pictures and stuff that we used to do. We used to have eight different venues.

So after this year, I’m seeing that we don’t have to do all that anymore.  We could still make it super successful, but only focus on the essential things. We can focus on the production value of things as opposed to trying to have all the bells and whistles. That will be my biggest takeaway. 50% of our team meetings conducted on Zoom. Now we don’t have to perfect the time. We used to have a jury dinner, and it got very complicated to organize because the jury is super busy. With Zoom, it’s easier because we’ll just get together on a Saturday at 4 PM. Little things like that.

Check out the full program of the festival here. The streaming link for the opening night showing can found here. You can also find more information about the movie industry conference here. This year’s Bushwick Film Festival takes place October 21st thru October 25th. 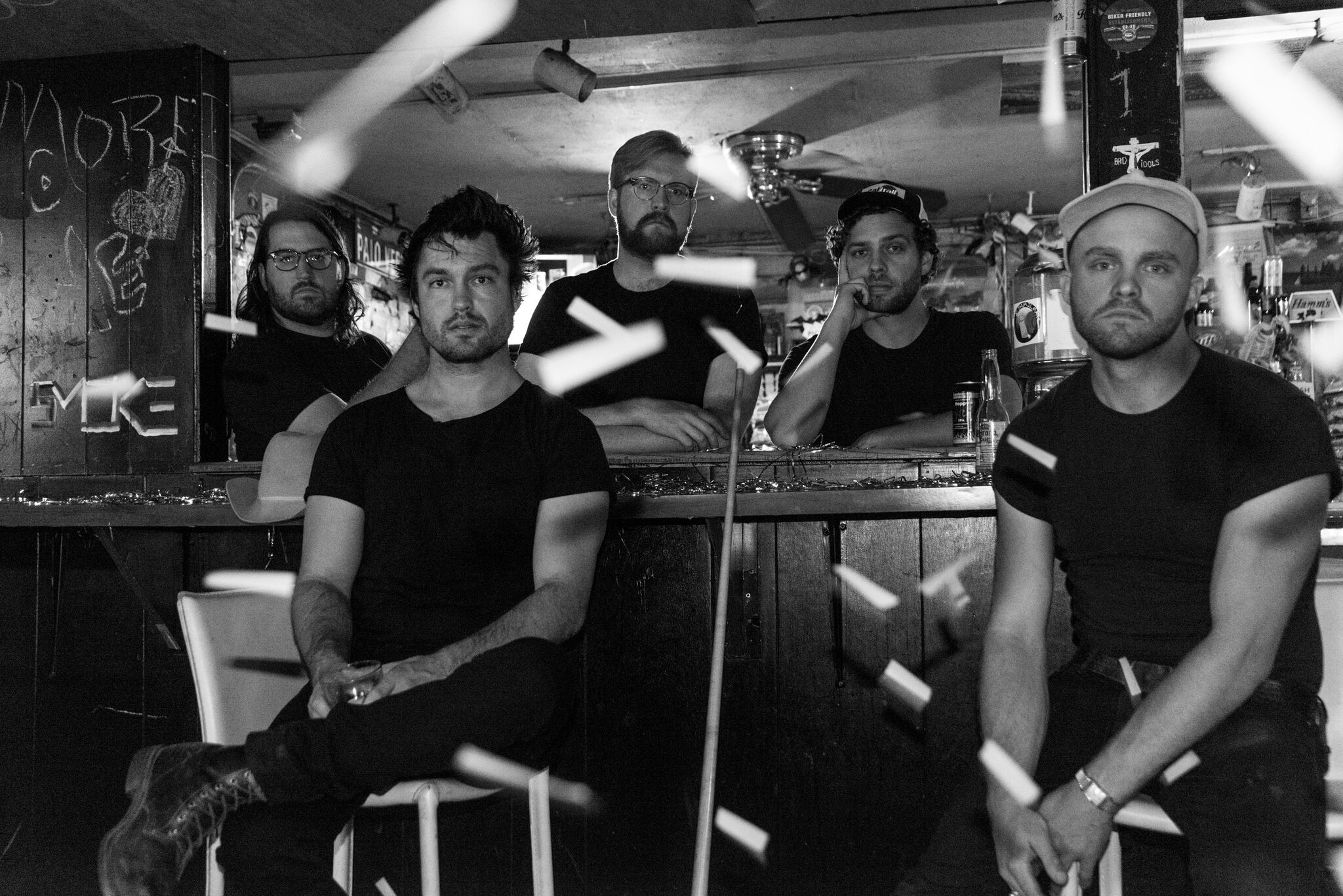 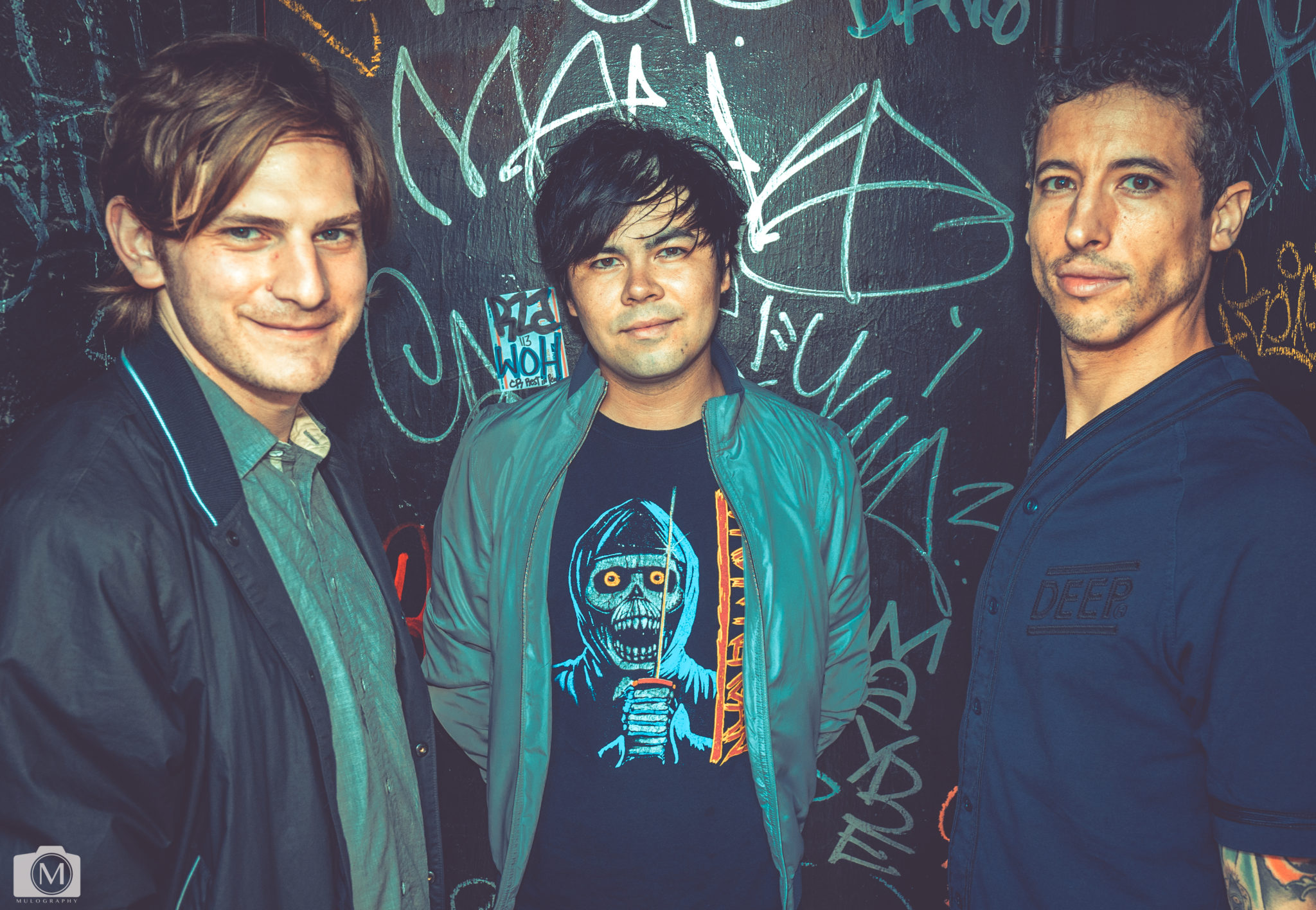 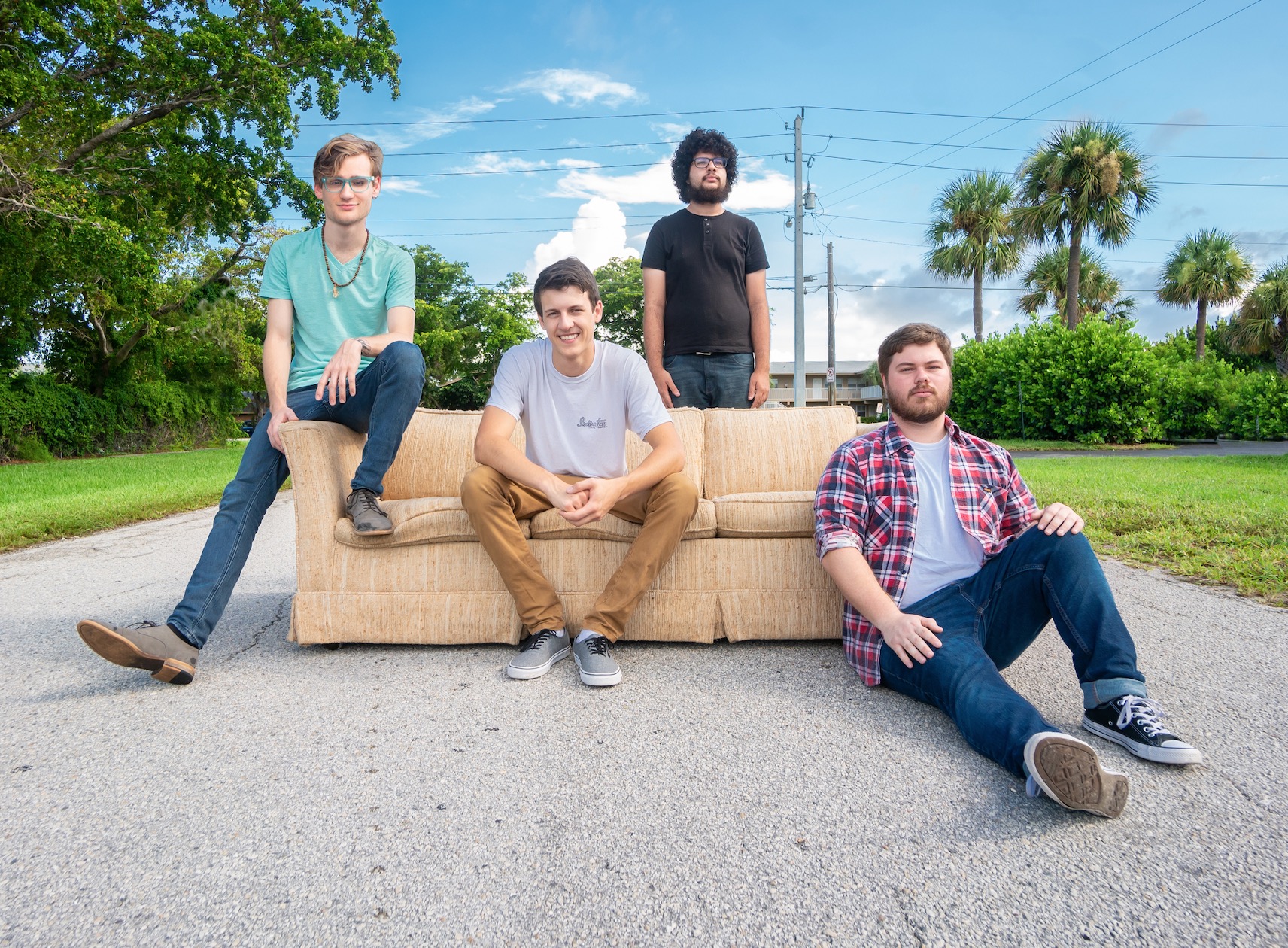