The fish-out-of-water theme has been prevalent in cinema. Take a character (or characters), put them in another time frame or setting, and see how they change around it. 1992’s Encino Man, 1988’s Coming To America, and even 1997’s The Fifth Element are a couple of quick examples. A lot of these movies follow the same guidelines. Hilarious situations are presented where the character is trying to adjust (stumbling most of the time). Then, there’s a usual emotional epiphany that occurs that makes the character relate to the people around them.

An American Pickle attempts to present this in a different context. Directed by Brandon Trost and written by Simon Rich (who is also the author of Sell Out which the movie’s story is based around) this movie shows us generational gaps, gripes, and some ways we can bridge them. We are introduced to Herschel Greenbaum, a ditch digger in the 1920s who is all about a hard day’s work. Thick beard and European accent in tow, he lives in a town called Schlupsk where he meets his wife Sarah (Sarah Snook). They both immigrated to the United States where Herschel works in a pickle factory. One day, he falls in a vat of cucumbers and the brine keeps him preserved for 100 years. He wakes up in present-day New York and meets his great-grandson Ben Greenbaum – both roles played by Seth Rogan.

The first act is all about Herschel and Ben trying to understand each other. These relatives could not be any more different. Ben introduces him to things around his apartment and tries to get him up to speed – much to Herschel’s amazement. Herschel’s gritty get-your-hands-dirty attitude prevails within himself. When Ben starts to dive into his career venture, lack of his own family, and no religious structure for himself – that’s where the points of contention start. From there, that’s enough to create problems for the movie to solve. It’s also where the movie shows it’s weaker points.

Most of the second act of the film finds Herschel trying to start a pickling business. Much of his successes, he kind of just stumbles upon. Many of the supporting characters ease him into going viral and getting interns. Some of these situations are funny and poignant. We are presented a man with outdated views on women and disabled and rightfully, gets called on them. His accent into the public eye mirrors and is a satire on our current political spectrum.

Ben’s tech dreams are diminished because of a decision Herschel makes out of ignorance and a sabotage game ensues. Ben is determined to knock his great-grandfather off his pedestal. While some of these situations work, they also may seem one too many. Remember, these two are supposed to be family – pretty much the only family members each other has. The comedy spots are served to get you to the more emotional scenes for a payoff. If they were cut down instead of trying to escalate, they would be more effective as a bridge. Herschel is where much of the delight lies in the film. He’s an everyman, he’s unintentionally funny, but he’s also complicated because of the time he’s from. Ben comes off colder until the last act in the film where his character shows some emotional availability.

One of the best things about the film comes from the dual-acting of Rogan. He’s able to embrace these two vastly different personalities and make them feel different. An American Pickle comes with the humor style that audiences should be familiar with when it comes to a Seth Rogan film. While he does excel in this element, it’s the dramatic occurrences that truly display what Rogan can do. Ben and Herschel’s characterizations also serve as a depiction of old and new Jewish cultures and traditions meeting in the middle. As Rogan is also Jewish, he puts his heart where the role requires to show where the divides occur and can come to an understanding.

Any older relative can relate to having trouble understanding a younger person – and vice versa. It’s the traditions and love that really keep you together. An American Pickle tries very hard to get laughs, but is seamless in its transition to win your heart. 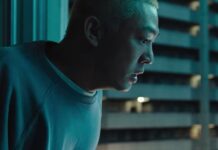 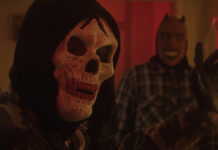