Producer John Ferrara got his start in an impossible to describe band called Trophy Scars. John plays guitar for the band and produces all of the songs. The band released a track called “Mother” on June 19 and we had the chance to discuss ten guitarists that will stand the test of time beforehand. FYI: We chose not to rank them; we wanted to honor them.

SW: The king of Queen.

JF: What a player. What a writer. What an astrophysicist.

SW: I don’t normally associate rock gods with PHDs, but Brian May outshines most with his brain and fingers.

JF: Brian May has an indistinguishable guitar tone. It’s hard not to recognize his playing when you hear a Queen song.

SW: He’s definitely somebody to love.

JF: Love of my life.

SW: A king of blues.

JF: Buddy was a straight up O.G. and quite the pioneer of the blues guitar.

SW: Every person on this list bows down to Buddy.

SW: The blues is alive and well.

JF: Especially during this pandemic!

SW: On the bright side of the moon, we have plenty of time to watch The Wizard of Oz while spinning Dark Side of the Moon now.

JF: David Gilmour is the master of phrasing with his instrument. The notes he plays are just as important as the space between ‘em.

SW: And that guitar tone! OOO!

JF: Incredible. One of the silkiest guitar tones I’ve ever heard.

SW: That’s what she said.

JF: Nice! I bet that caused an eruption.

JF: You should go listen to some Van Halen right now.

SW: Ok. But first, let me praise the Beatle with my favorite post-Beatle career.

SW: I’m glad that the Beatles wised up and utilized him more and more with each album.

JF: Absolutely. “While My Guitar Gently Weeps” is my favorite Harrison track.

SW: We’ll get to the other schlub later.

SW: Speaking of guitar schlubs… I kid, I kid.

JF: I’m not gonna play favorites, but Jimi is my favorite on this list and of all time.

SW: If you ever want to hear Jimi’s influence, just go to your local Guitar Center.

JF: He had this mojo about him that no one could replicate even if they tried.

SW: I wish that he took me on his little wing.

JF: Girl, same. It’s such a tragedy that he died so young as the world deserved much more than three albums from the man.

SW: John Frusciante joined RHCP when he was just a boy.

JF: He’s most well known for the Chili Peppers, but his playing on his solo records and The Mars Volta album Amputechture deserves notice as well.

SW: Indeed. I had the chance to catch the Red Hot Chili Peppers live on the Californication tour, and it was amazing seeing John back in true form on his comeback record.

JF: I feel that “Under The Bridge” is one of the penultimate guitar intros of all time.

SW: I have no counter argument.

SW: It takes a guitar monster to replace Lindsey Buckingham in Fleetwood Mac, but Mike got the gig!

JF: Mike is spot on at all times. Every Tom Petty song he’s been a part of is better because of him.

SW: It’s a shame he’s so underrated so I hope that this list changes that.

JF: Agreed. Most guitar players don’t even know who he is.

SW: That wrecks me, baby. Yeah, it puts me in two.

JF: What a catalog.

JF: As a guitarist, Paul Simon is never too flashy. He always hits the right notes.

JF: Moses loves you more than you will ever know.

SW: I’ve never heard an unkind word about Stevie’s playing. Another one gone too soon.

JF: SRV defined the Texas blues. His playing was beyond insane.

JF: Flashy as hell, but he had the chops to justify.

JF: I wish we had more time to go over ten more.

We don’t. These are enough. Stop yelling at us. 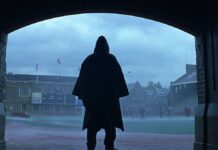 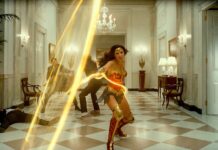