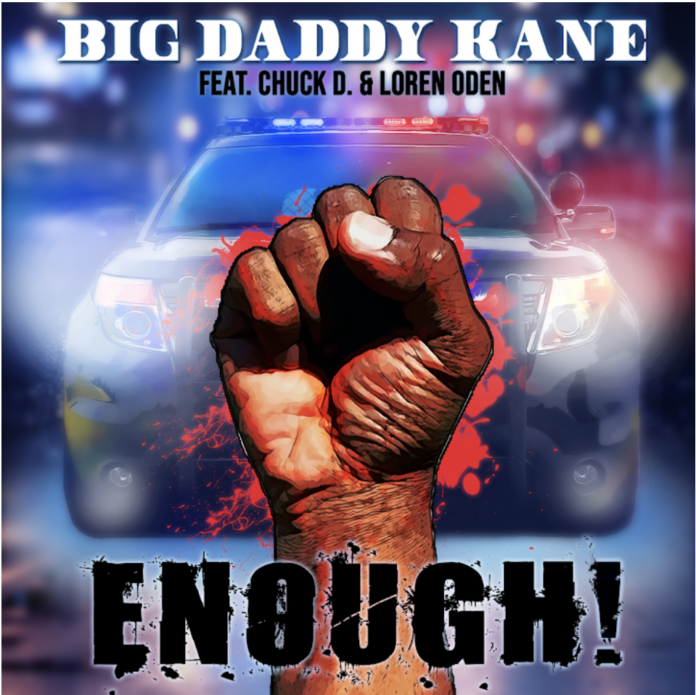 Legendary emcee and actor Big Daddy Kane has taken it back to his Golden Era roots, creating music relative to the social climate as done by all creative greats. Teaming up with another Golden Era terror, Public Enemy’s Chuck D, King Asiatic Nobody’s Equal takes it up a notch by exposing today’s injustices and magnifying #45’s presidential inadequacies.

With the feel of the 1991 PE hit “Burn Hollywood Burn” feat. Kane and Ice Cube, “Enough” aggressively attacks the system while touting sentiments of the Black Lives Matter movement.