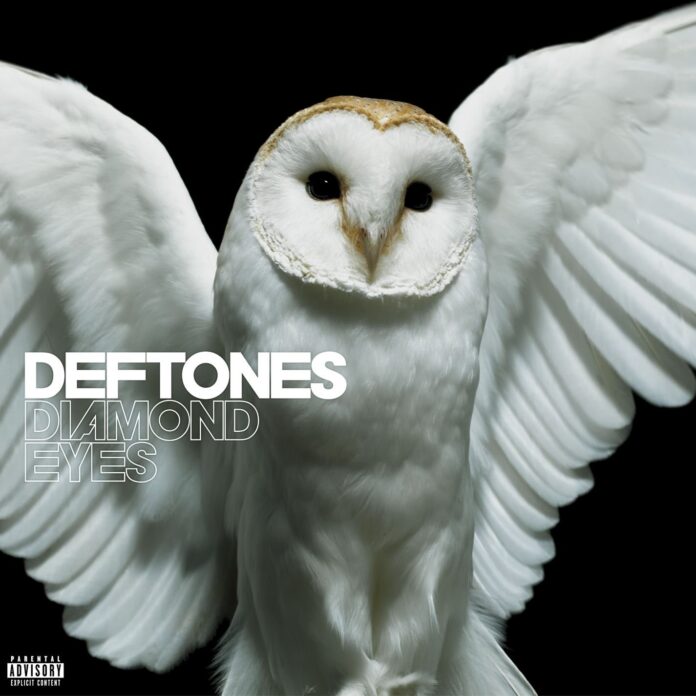 On February 23rd, 2010, Deftones released their single, ‘Rocket Skates’ for free on their website. Fans flocked to it and the site promptly crashed thereafter. The start of the song leads with an aggressive and crunchy guitar riff from guitarist Stephen Carpenter and bridges into the fury of drummer Abe Carpenter’s cymbals. I must have played the beginning part of the song over a hundred times.

‘Rocket Skates’ had the youthful exuberance and hunger of the band’s 1995 album, Adrenaline. They had something to prove. As lead singer Chino Moreno finished off his trademark, high pitched scream-singing, “Guns! Razors! Knives!” – there’s a quick twinge of excitement. You can hear as he lets go the last word out of his grasp. Yes, Deftones were back and reminding the world what they can do. If ever there was any doubt of such a thing. However, it almost wasn’t.

The band would find themselves within some turbulent times. The recording process for 2006’s Saturday Night Wrist was rather tense and adversarial. Seeing a change of producers midway through recording and a brief exodus by frontman Chino Moreno as he created a new band, Team Sleep – this was a band on the brink of collapse. Starting in 1988 in Sacramento, California, shedding labels was a constant. At the peak of nu-metal’s crossover, they gave us 1997’s Around The Fur. To further push those boundaries, they released one of the defining albums of that time with 2000’s White Pony. Had the band reached a point where all their influences and creativity started to cave in on what they built?

As they weathered the storm, they started to work on what would have been their sixth album, Eros in late 2007. Unfortunately, long time bassist, the late Chi Cheng would get into a serious car accident where he would sustain brain injuries rendering him minimally conscious. It seemed like the mark of bad luck had reached its apex. The band staring down a double-edged sword of an unfinished album and their brother fighting for his life. It’s no secret that in music, many internal and external factors tug at your collective fabric.

Deftones had survived everything at this point. Even as they walked the tightrope of Carpenter’s heavier metal infusions and Moreno’s affinity for Cure-like melodies clashing. With all the elements of the world seemingly betting against them, that’s when they collected resolve decided to soldier on. They were joined by Quicksand bassist Sergio Vega, tapped producer Nick Raskulinecz and worked on Diamond Eyes.

If you put the band’s previous catalog in a blender, Diamond Eyes would be the final product. Ther previous albums such as 2001’s self-titled and 2006’s Saturday Night Wrist felt like a war between Deftones’ multi-faceted sides. The album doesn’t forsake the band’s heaviness or their melodic tones. If anything, it’s the perfect medium of those strands of musical DNA. There’s something here for everyone and it’s contained within a cohesive 44-minute package.

The first four tracks on the album marked the exciting and delicate dance of metal and alternative music – much leaning to the heavier side. You can hear the band relish in their rediscovered cohesiveness. The self-titled track features a relentless guitar riff, but also prominently showcases the keys of Frank Delgado. ‘Royal’ and “CMND/CTRL” served as early reminders that Deftones can call upon their harder rock beginnings with ease. Where were you when you first heard the beginning of ‘You’ve Seen the Butcher?’ The beginning rift is seductive and almost menacing – paired with Moreno’s lyrics calls upon an animalistic-like lust.

‘Sextape,’ which takes the album within different territory after ‘Rocket Skates’ is one of the most beautiful songs within the Deftones discography. A beginning dreamy guitar chord by Moreno, his ambiguous, but visual lyricism that paints a landscape of water and escapism, and the band coming together in shoegaze fashion. ‘Beauty School’ is a similar track that will take you far away if you let it.

If there’s one strength that Diamond Eyes has, it is that Deftones show all sides of themselves and nothing feels disjointed. It can both make you want to tear things apart and invoke your deepest desires – sometimes within the same container. There’s a colliding palette of colors and shapes, but the painting wouldn’t be as whole without them. As the album winds down with tracks like ‘Risk’ and ‘This Place Is Death,’ a song started by Carpenter, there are little things that you notice. Moreno bellows out, “you arrive in my dreams” in a tone against the time signatures that may not work with any other band. However, it does because it’s the Deftones. They are the round peg in rock music’s square whole. You zig. They zag.

While the skeleton of the album was born out of uncertainty, Diamond Eyes points towards a collective rebirth of the band. I remember going to see Deftones at the Starland Ballroom in New Jersey during the album’s tour cycle. While we can’t imagine it now given the state of the world, you’d be lucky to find space by the time the headlining act came on stage. There was a certain intimate charm to that. I had been to many Deftones shows, but this time, something was different. As they played songs off Diamond Eyes with the fervor of a band who was just playing their first show, I realized that this album reignited a fire within them. With all the patched up and mended road behind them, they were having fun again. Sometimes, you can’t reclaim that until you’ve lost it.

There are some lyrics from the song ‘Risk’ that always stuck with me.“I’ll find a way/I’m confused though/But I think I can try/I will save your life.” Some of our greatest revelations and realizations come from tragedy. It puts certain importance on things like long-standing relationships. I couldn’t even imagine how hard it was for this band to make an album without their founding counterpart. Somehow, they channeled that and made an enduring piece of art. Diamond Eyes is not only another defining album for Deftones, but it’s also an album that saved them and many others.