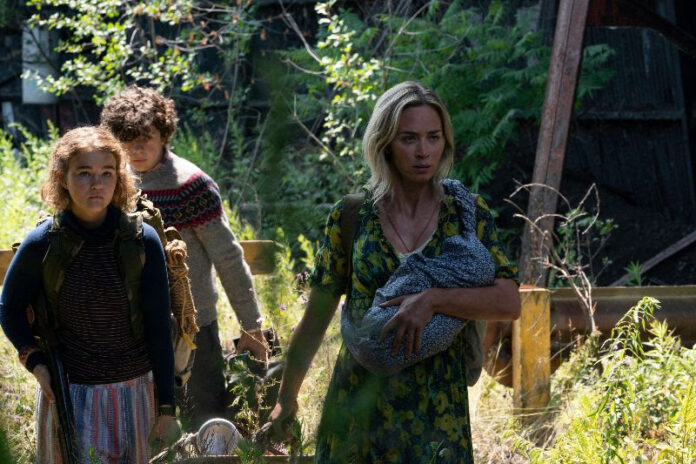 The first teaser for the highly-anticipated A Quiet Place: Part II has just now been revealed. While it doesn’t detail much, it still gave fans their first taste of what’s to come in the upcoming horror/thriller film.

Ever since A Quiet Place dropped in 2018, audiences were awed with what they saw and it quickly became a hit, getting green-lit for a sequel almost immediately.

Based off of the teaser, it seems like part two picks up almost immediately after the events that conclude A Quiet Place. Not many details are currently unknown about the film, but it looks like all of the original cast — minus John Krasinski, of course — have returned to once again star as the Abbott family.

It’s not much, but the first teaser looks to promise another unnerving film, as we see the Abbott family walking down a path, with he sound being nullified by sand beneath their feet, until they get to an area where there is no sound. What’s left is crunchy leaves, and we see the family take their first step onto his path. It’s unclear what happens directly after, but the first full trailer is set to be released on January 1st, 2020, so luckily we do not have to wait long.

Find the first teaser below, and get ready for the trailer to drop on New Year’s Day, as A Quiet Place: Part II will hit theaters on March 20th, 2020.