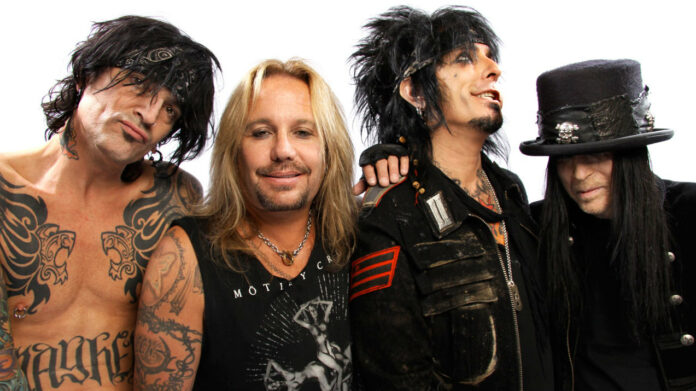 The highly anticipated and long-rumored tour has officially been revealed. Motley Crue, Def Leppard, Poison, and Joan Jett and the Blackhearts will all be going on tour together in the summer of 2020.

Dubbed “The Stadium Tour,” the Live Nation-produced tour finds Motley Crue returning just a few years after their farewell tour. The band cites their Netflix produced biopic The Dirt as a reason for their reunion, as the movie provided Motley Crue with a 350% increase in streams of their music across all platforms, with the younger 18-44 demographic now representing 64% of their fan base.

Motley Crue may be the band everyone is focusing on, but their tour mates all have their own impressive lasting power. Def Leppard was inducted into the Rock & Roll Hall of Fame in 2019, and just wrapped up their own stadium run over the past year. They’ve also racked up a staggering 2.5 billion streams since releasing their music digitally last year. Poison is known for their own larger than life performances, and it will be no different this time as the band will be bringing out its original lineup of Bret Michaels, C.C. Deville, Bobby Dall, and Rikki Rockett.

Joan Jett and the Blackhearts need no introduction, as they’re no strangers to stadium sized shows themselves, having toured with The Who, Foo Fighters, and Green Day in recent years on their own stadium tours.

Tickets for “The Stadium Tour” will go on-sale to the general public beginning Friday, December 13 at 10am here. Citi is the official presale credit card for the tour. As such, Citi cardmembers will have access to purchase presale tickets beginning Tuesday, December 10 at 12pm local time until Thursday, December 12 at 10pm local time through Citi Entertainment.