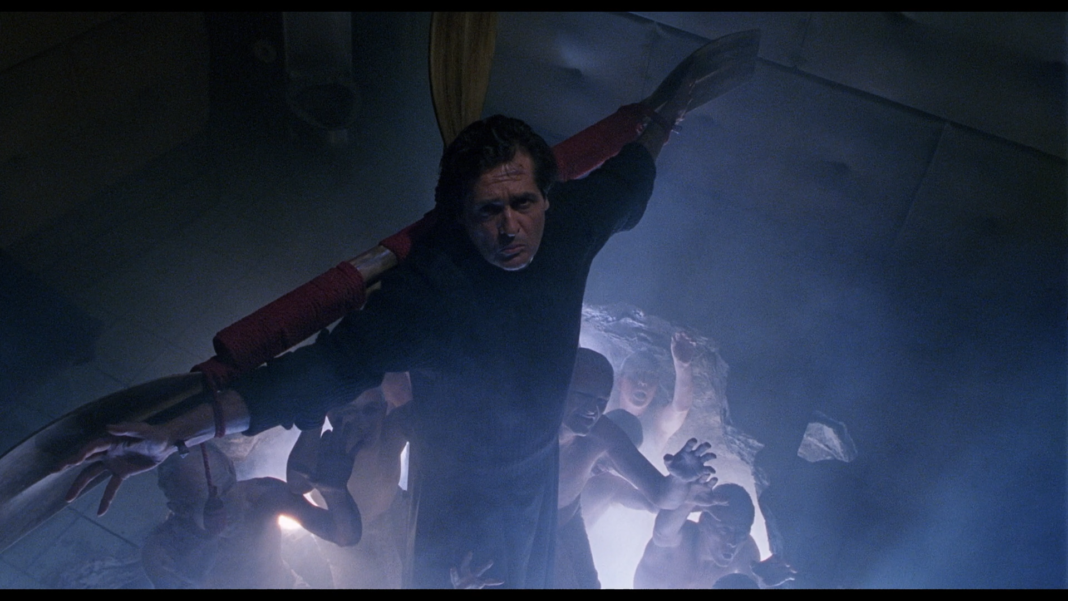 1973’s The Exorcist is highly regarded as one of the chilling masterclasses in horror cinema. This is including haunting yours truly, who probably watched the movie a little too early in his impressionable youth. Many of the exorcism movies you see today have taken bits and pieces of this aura from William Friedkin’s masterpiece. Like many initial classic movies, when you decide on making a sequel, it’s usually going to produce less than stellar results. 1977’s Exorcist II: The Heretic was universally panned by both audiences and critics alike. There was no involvement from Friedkin or the author/screenplay writer William Peter Blatty and it showed immensely (Regan gains telepathy?).

After that, 20th Century Fox attempted to right the wrongs and added 1990’s The Exorcist III to production. This movie saw William Peter Blatty take over the director’s chair and directly pull from his 1983 best selling novel, Legion. The movie completely ignores the events that occurred in Heretic and continues 15 years later after the original movie. Many of the characters are still afflicted with grief from the death of Father Damien Karras (Jason Miller). 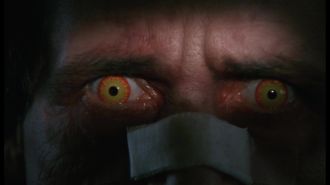 Lieutenant William F. Kinderman (George C. Scott) who is a major character in Legion, but takes a smaller role in The Exorcist, is the lead protagonist of the film. He struggles with the sense of his personal faith. Losing people he was close to (Karras, in particular) and the difficult nature of his job has caused him to harden emotionally. Much of the earliest parts of the movie relies on heavy inferences of dialogue as Kinderman investigates a string of gory killings that lend themselves to be of a demonic hand. Or, as it’s later explained, to be the work of The Zodiac Killer, a serial killer who was thought to have been executed 15 years ago.

The movie itself serves as a commentary on the collision of the forces that we can’t explain verses the internal struggle of William Kindermann. Kindermann always tries to apply rationality to explain the rather macabre circumstances around the murders. Rather than to label The Exorcist III as a straight-up horror movie, a big chunk of the run time lends itself to be more of a drama/thriller.

If you’re looking for much of the shocking visual pizazz that came with the original movie, those scenes are peppered throughout the first and second acts. The climax is really when we are confronted with the supernatural imagery that Exorcist franchise fans are more accustomed to in all its bombast. (there’s actually a different ending in the director’s cut) While they are effective and sometimes jarring when they happen, they are few and far between, often hanging on strategic cutaways. That might disappoint those who are looking for a simple continuation. Exorcist III itself strives to continue certain thematic aspects on the essence of evil and religion, but not necessarily the visceral images of what that entails.

The horrific brilliance comes from the performance of Brad Dourif as James Venamun/The Gemini Killer. His conversations with Kindermann expresses the dark evil that serves to continue through Father Karras’ body as a conduit. Gerry Fisher’s cinematography particularly shines in these scenes. They show a dark, desolate cell with only two rays of light peering in; one that shines on Kindermann and one that Venamun/Karras leans into to show his true nature. This whole movie provides you with a specific question to ponder. How do you combat an enduring evil that doesn’t seem tied to one person? There’s an inference by the demon itself for Kindermann to tell that The Zodiac Killer is committing these crimes. It’s an interesting play to show that evil can be more of a sickness or infection.

Exorcist III provides some good singular performances and serves to course correct where the student went wrong with the sequel. It’s not perfect, however. Some of the conversational pieces run on too long and the impending mood of dread often builds up too long without a potential payoff. Still, some of the scarier scenes are often underrated when it comes to the series itself. If you consider this movie more in the ilk of a psychological exhibition, then the payoff is there. Blatty does a good job of adapting his major ideas to the big screen.