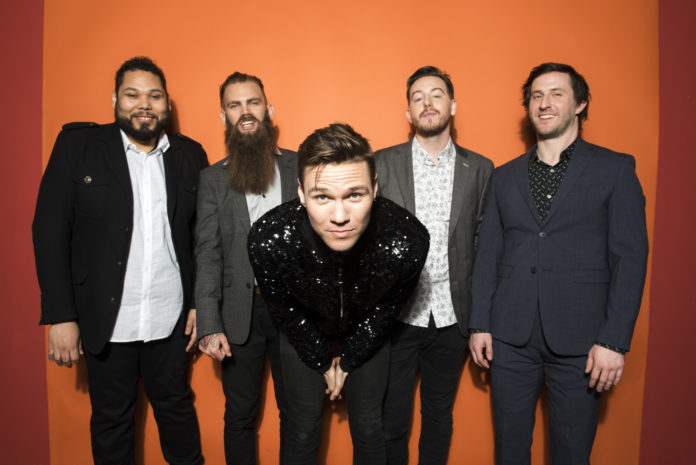 After the huge, sell-out success of the first Swan Fest this year, post-hardcore group, Dance Gavin Dance, announced that the event will continue on for a second year. In April of 2020 is when the second take of Swan Fest will occur. It will take place in the band’s hometown of Sacramento, California and will once again be headlined and curated by Dance Gavin Dance themselves. Early bird tickets and VIP are already on sale here.

Accompanying this announcement, the band released a new track, “Blood Wolf,” along with a music video:

After being in the scene for so long, the band has actually created an entire genre of their own characterized by their signature combination of elements of post-hardcore, math-rock, progressive-rock, and post-rock. This has become aptly named ‘Swancore’ after the band’s virtuoso guitarist, Will Swan and his record label Blue Swan Records.

This was ultimately the inspiration for the first Swan Fest, which took place earlier this year in Anaheim. The event was a phenomenal sell-out success, a rare feat for a festival in its first year.

“With last year’s Swanfest selling out in Southern California, it only made sense for us to bring this year’s show to our hometown in Sacramento, CA. We are thrilled to have the chance to headline our biggest venue yet in the very city where it all began,” said Will Swan.

More information about the lineup and what to expect will be coming soon.