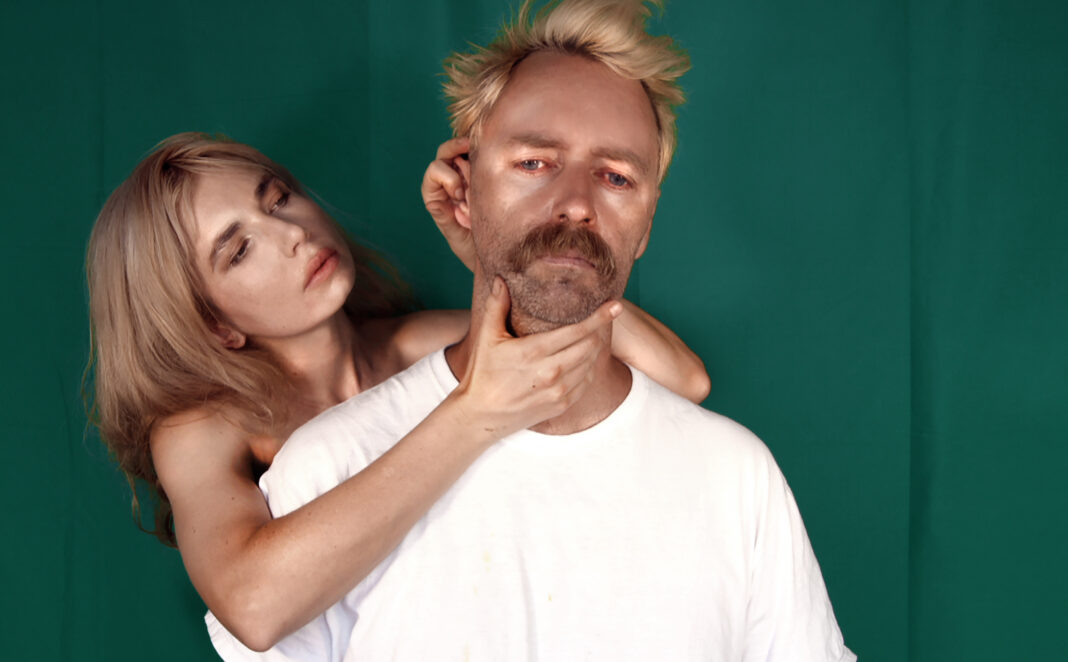 Electronic duo O Future — comprised of Katherine Mills Rymer and Jens Bjornkjaer — may share a familiar story about musicians coming together, but they’re anything but ordinary. While they met in New York despite — at the time — pursuing two creatively different careers, they decided to give working together a shot and it’s certainly paid off.

They originally started this project under the OOFJ name, released two albums, and have directed, shot, produced, and starred in their storyline-focused music videos. But their accomplishments extend far beyond what you may expect: they scored Ai Weiwei: The Fake Case by Andreas Johnsen, as well as an upcoming feature length documentary by Weiwei, and an upcoming documentary on Grammy nominated Lukas Graham.

Now, O Future is gearing up to release their new album, Voyeur, on November 14th. Voyeur continues to expand the signature sounds of the duo, and also features guest appearances by Sune Rose Wagner of The Ravonettes, Matt Popieluch of Big Search and percussion work by Trentemollers drummer Jakob Hoyer.

O Future recently released their single “Spy” and now today, Substream is thrilled to be teaming up with the duo to unveil the new music video for the single.

“Made in and around Aarhus (second largest city in Denmark) in the last of the summer days, “ O Future tells Substream. “This video is our homage to 1970’s spy thrillers and also more specifically Antonioni’s Blowup… Specifically the late 60’s green European parks and the laconic meanderings of Terrance Stamp and Vanessa Redgrave. We were looking to make a good-looking paranoia with an unseen fear, which for this song means, the fear of intimacy and living in the creepy third person like you are not really a human but a character from a book.”

In addition to their upcoming album Voyeur, O Future is actively working on scoring Andrew Van Baal’s upcoming feature film Ambrosia, creating an algorithmic opera with the graphic design team SULSOLSAL and a violin concerto with The Concert Master of the Royal Danish Opera.

Needless to say, this duo is extensively talented and more than unique, and deserving of our attention.