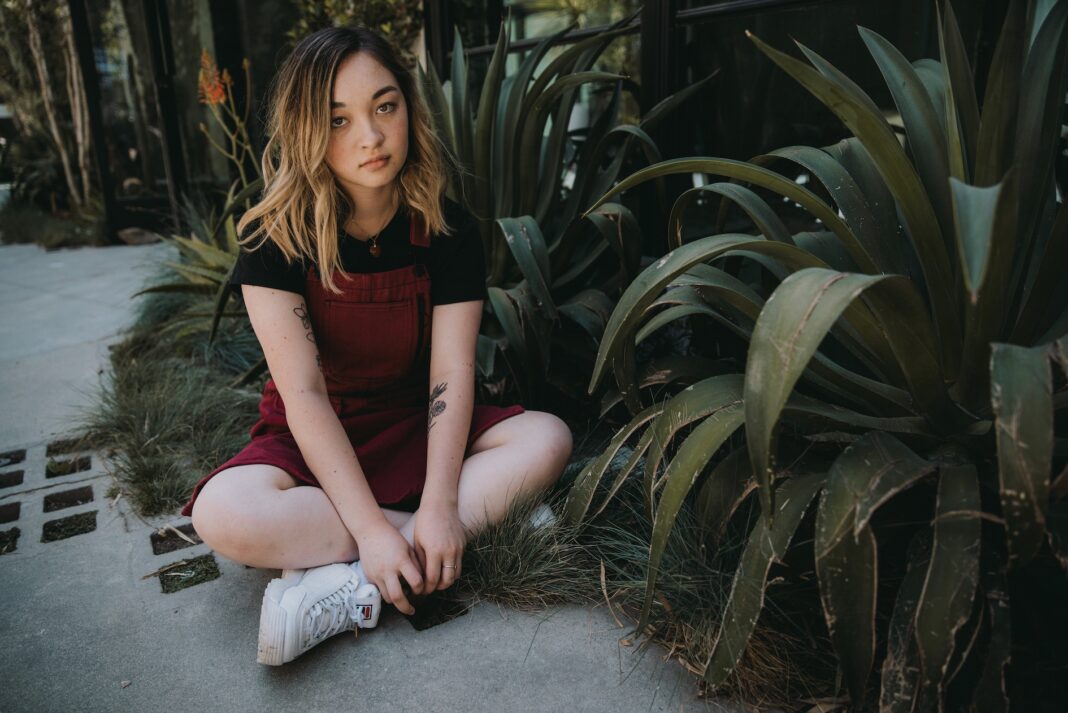 Welcome back to Take 5, this time on a Tuesday! I hope that you were able to take a break from your work or schooling or whatever occupies your time over this long weekend. And if you weren’t able to, I hope people were extra nice to you and tipped you well. I know I spent the last couple weeks talking about summer, but the game has changed now that we’re in September. It’s fall now. I am all the way ready for fall, too. Give me a sweater and a pumpkin and some apple cider and watch me flourish. Here’s to you flourishing this fall, too. Let’s get into Take 5.

mxmtoon – dream of you

As mxmtoon has prepared for the release of her album the masquerade, each single she’s released has been something special. My favorite so far is her most recent single “dream of you,” which showcases what has driven her success. First of all, this is some incredibly solid songwriting. mxmtoon operates in an area of minimal instrumentation, so her melodies and ideas have to be perfect, and they are. The song feels just as dreamy as the title implies with the piano line and the ethereal siren-like notes in the background, and it all pairs well with her wistful longing she experiences during her dreams and the lyrics. And while the videos don’t always factor in here, I find it as hilarious as mxmtoon herself does in the comment section that she made people watch her eat cereal to hear her new song. From her sense of humor to her writing, everything about mxmtoon’s “dream of you” makes it a winner to me.

Whenever Spencer Ludwig’s name comes up, you know things are about to get funky. Outfitted with trumpet skills to die for and upbeat production, he’s always ready to bring the party. That hasn’t changed on “Brand New,” which is the electric shock to your system you need to get you going this week. Everything about the new track is big, from the brass on the hook to the confidence Ludwig exudes as he invites everyone onto the dance floor to strut their stuff. There’s so much going on here to love that combines into one big celebration of a track. Small production hooks, inspired vocals from the backing singers, and Ludwig’s commitment to innovating on song structure all make for an engaging listen whether you just want to get up and move or sit down and analyze the music. If you weren’t full of energy before, Spencer Ludwig’s “Brand New” will ensure you are now.

Lana Del Rey just keeps on getting better and better. If Norman Fucking Rockwell! isn’t my favorite Del Rey album, it’s very close. Like what we’ve discussed with the previous two entries, what makes NFR! shine is the strong songwriting throughout. A good example of this is mid-album track “Cinnamon Girl,” which stands out amongst an album of great tracks. From the excellent chord progression at the beginning of the track, you know you’re in for an amazing time. Lyrically, Del Rey crystalizes what it feels like and what it means psychologically to be in a toxic relationship in truly devastating fashion. Every line of the chorus will burrow deep into your core, but “if you hold me without hurting me, you’ll be the first who ever did” especially lands hard. Jack Antonoff (who has really been everywhere, recently) wisely allows Del Rey room to breather for the most part, only adding in some reverb and added work towards the end of the song. Lana Del Rey continues to elevate her music, and “Cinnamon Girl” is one of her best songs to date.

Having a crush is a unique thing, in that it’s both the best and the worst feeling in the entire world at the same time. Duckwrth captures all of those swirling emotions in his new single “Crush” while having a fun time doing it. The beat producers J Moon and Sam Knowles have constructed is superb, bopping along with synths and strings fleshing it out. Duckwrth himself sounds suitably infatuated by his affections, swaying and swerving over the instrumental with a tale of the strongest feelings you can imagine. The way the music stops when Duckwrth says “crush” both shakes up the song sonically, but is also a good representation of how everything around us comes screeching to a halt when we see our crush. The track is full of inventive, clever moments like that, a credit to everyone involved. Crushes can be great or terrible or both, but “Crush” and Duckwrth fall firmly in the “great” category.

We finish out this week’s Take 5 with a track from another album I’ve really been into over the weekend. Australia’s G Flip dropped her debut album About Us on Friday, and it’s a highly thoughtful expression of all sorts of aspects in a relationship. “Morning” is loaded with emotional intensity, a song about desperately wanting someone back after realizing they meant the world to you. There’s a palpable sense of urgency and connection in G Flip’s voice and words as she longs for the better days when the relationship was happy. The echoes of the piano and the production also create an atmosphere of reflection and longing, expanding out and contracting as the song shifts between emotional highs and lows. G Flip is a gifted artist, and hopefully “Morning” and About Us bring her to the wider audience she deserves.