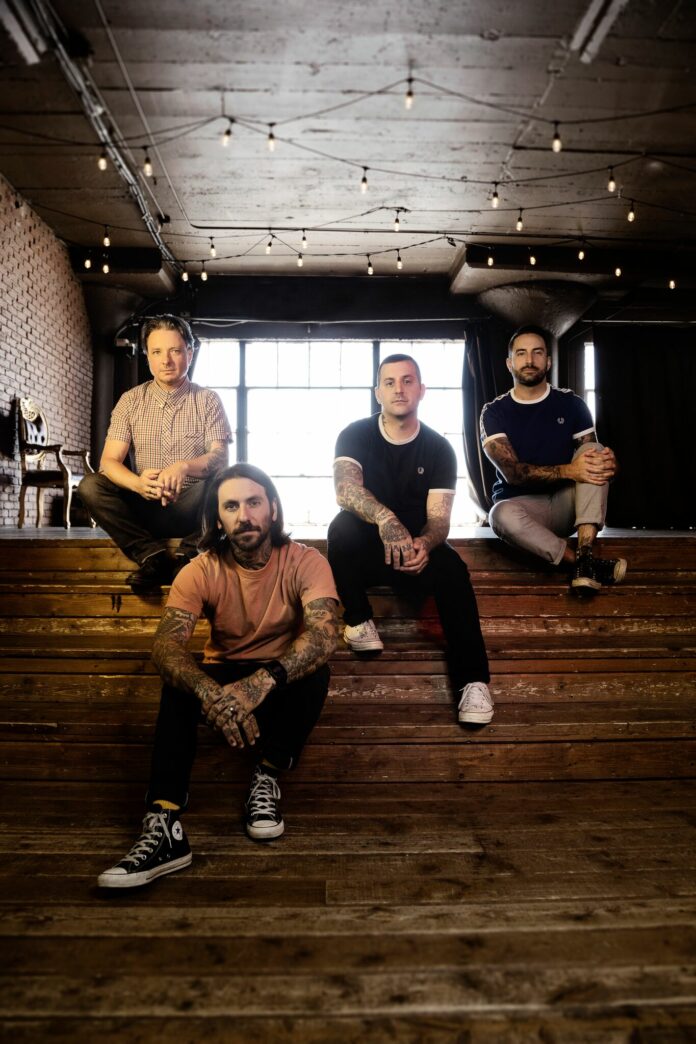 Following the news of their plans to release a new album, Bayside have announced that they’ll be bringing their eighth studio album, Interrobang, to life with a Winter headlining tour.

That’s right, announced earlier today, the band will soon be embarking on their Interrobang Tour, which is set to start November 6 in Indianapolis, Indiana and it’ll wrap up a few weeks later on December 22 in Omaha, Nebraska.

Support for the tour includes Sincere Engineer and Capstan. But that’s not all in terms of openers.

In a press release from the band, frontman Anthony Raneri announced that the band will be holding a contest over the next few days where unsigned and non-touring bands can submit themselves in for a chance to open their local show.

You can read the full details below:

“When we were starting out as a band, there were a lot of times that it felt like our wheels were spinning. We felt like we were trying so hard and often felt like we weren’t gaining any ground. What helped us to keep moving forward were the glimmers of excitement and validation that would come every once in a while. Someone on the street telling you they liked your band or a band you played with telling you that you sounded good. Nothing ever made us feel like we were on the right track than getting a chance to play a well-attended show to a room full of people. A real opportunity to play your songs and be your best because if you can make that room full of people smile, it could be the validation or the spark that a band needs to know that they’re on the right track.

We put this contest together to try and give 29 different bands that jolt of energy that we felt like we needed at times. A chance to play your songs and be your best in front of a room full of people

The rules are pretty simple, we are only accepting submissions from bands that are not signed and aren’t touring. The definition of those things are at our discretion. That’s pretty much it. We won’t disqualify any bands based on genre or even our opinions of them. If you are a local, unsigned band, you are welcome to be a part of the contest.

The contest is fan voting. This means that your fans or friends will come and vote and whoever gets the most votes will open the show in their city. The contest will live on the Bayside website for everyone to see with links to all of the band’s music. We encourage our fans to listen to these bands that are working hard and give them a shot. If you’re a Bayside fan just heading to our site to pick up tickets or the new record, we would love for you to listen to at least the bands that are submitted for your city and vote. You may find your new favorite band right in your backyard.

“Pay to play” has become a popular term to describe the practice of local bands having to either buy on to bigger shows or sell advance tickets to earn their spot. This isn’t a that. We have always tried to treat every band that opens for us as a valued member of the show or tour. Everyone deserves to be there and we are thankful for everyone there whether they are in the crowd, on the stage or working the box office. You will be paid to play. You can set up merch. You can soundcheck.”

VIP and presale tickets for the run are currently on sale with general admission tickets going live to the public on Friday, Sept. 27. You can get your tickets for the band’s forthcoming tour here!

So, without further ado, you can check out the full list of cities and dates Bayside will be making below!