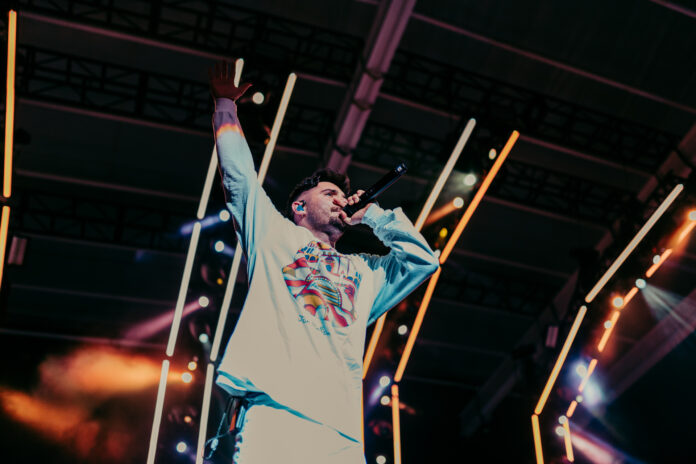 It was clear that Bellion’s fans are super-fans of him, knowing every word to every song. Although feeling sick, he said there was “no way in hell he’d cancel this show,” and because it was the last show on the tour, he hyped up the audience with sequences of beat-boxing and instrumental solos.

During his song “The Internet,” all eight members of Lawrence joined Bellion on stage in a dynamic performance, culminating with an epic solo-battle. Bellion calls it his “wheel of solos,” and whoever he points to on stage must battle against each other for a quick improvisation. The battles were fun and showed off just how talented all of the artists are. Bellion concluded the solos, and his performance, with a simple statement: “Actual live music. This is real shit.”