Everyone’s favorite pop princess Charli XCX has released the latest cut from her forthcoming album, this time featuring fellow pop songstress Sky Ferreira. “Cross You Out”, the fifth single from ‘Charli’— her highly anticipated third album due Sept. 13th— is a dark electro-pop ballad that deviates a little from the other bubbly ‘Charli‘ songs she’s queued us into so far, and explores the complicated personal transformations that happen once you’ve finally liberated yourself from a toxic relationship. Fitting, as it features the all-out queen of sultry, vulnerable lyrics. Listen to the beautiful collab below.

“For me, this song is about leaving a toxic person behind me and moving on with my life,” Charli explains via Instagram post. “This wasn’t actually a romantic situation – something different. It’s about someone who started out good and kind but eventually changed, held me back and became manipulative. I grew up throughout the time I knew this person. Maybe I changed too. But from my perspective this person changed from a protector to a prosecutor. There was a lot of anger in our relationship and it had to end. There was too much tension and my determination, opinions and pace were beginning to feel intimidating to this human. This song is about those feelings and about finally leaving the past in the past and becoming free.

“This was one of the first songs we started for the album, and it’s so cool that Sky is a part of it too. Someone who I have always admired and have known for a long time through the weird world of music, I feel like Sky has defiance and determination and brilliant vision. I am really happy we made this song together Sky.”

As we know— and probably already have tickets for— Charli will be running around the States and the UK/EU this fall in support of her new album, kicking off September 20 in Atlanta, with dates in most major cities— including an October 1st date at LA’s The Wiltern. A full list of US dates can be found here, along with tickets here. 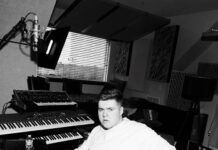