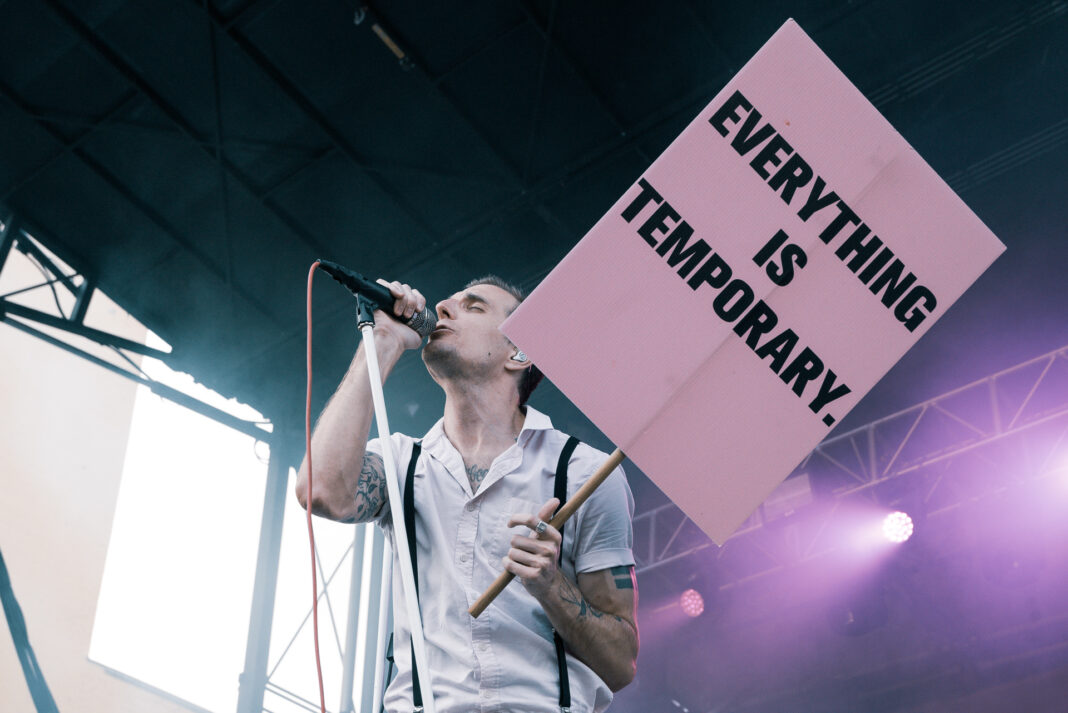 With this being the first summer without Vans Warped Tour, a number of smaller tours and festivals have been popping up to try to fill the void. Sad Summer Fest is one such tour that was run so smoothly that it felt more like the fifth year of it, not the first. It was an emo experience that drew Warped Tour-esque crowds, but in an environment branded as a safe experience catered to the fans. Numerous signs reinforced the zero-tolerance policy of harassment and detailed on how to report any instances of inappropriate conduct. A statement on the Sad Summer Fest website reads, “We pledge to take immediate action — up to and including expulsion from the grounds — against those creating an unsafe space for concert-goers.” Additionally, shade tents and free water refill stations were provided, which probably prevented a lot of dangerous situations that could have arisen in the 95-degree heat and direct sunlight. 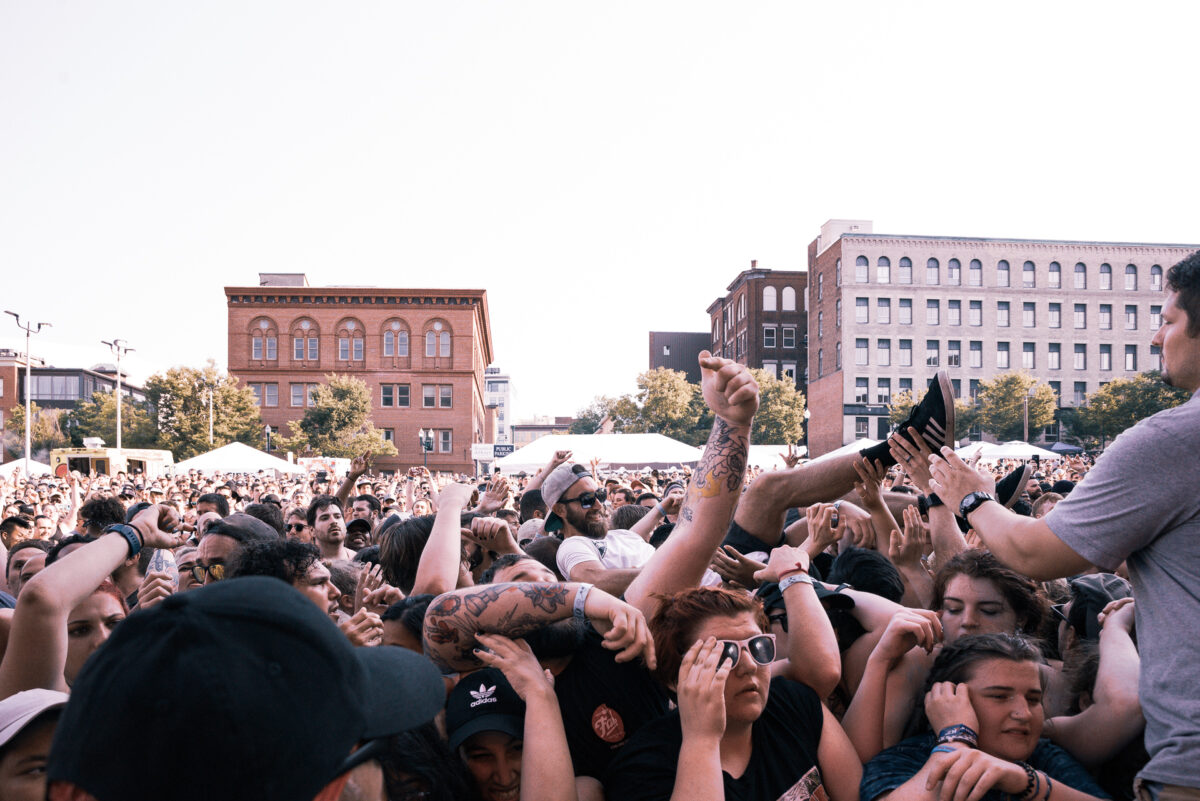 As for the music, the lineup was diverse yet incredibly cohesive. Just Friends kicked off the day with a high-energy, positive set that set the mood for the rest of the day. The band has a clear ska influence, unlike the other bands on the bill. However, the crowd loved them and cheered loudly when they realized that the frontman of Just Friends, Sam Kless, is the bassist of Mom Jeans. That crossover was certainly unique and pulled the bands together.

Stand Atlantic and Mom Jeans warmed the crowd up even more before the “bigger” bands took the stage. Unlike most other festivals, Sad Summer only had one stage, allowing for fans to not have to worry about rushing around from stage to stage and gave them the opportunity to see bands they may have been unfamiliar with.

As more bands such as The Wonder Years, Four Year Strong (playing a set in their hometown of Worcester), and The Maine took the stage, the heat and sun became more intense. This didn’t stop the crowd from having fun in the slightest. Fans moshed even harder and crowdsurfed numerous times during each set. One concertgoer joked, “Sad Summer? More like Sweaty Summer!” with a grin as he ran into the crowd to mosh to The Wonder Years.

Mayday Parade and State Champs closed the fest, both with unsurprisingly incredible sets. The lineup of the festival varies at each date, and State Champs was the final band on the ticket for Sunday. Although the crowd was sore and tired, nearly everybody stayed until the very end of their set. The energy of both the bands and the crowd never once lulled.

Overall, Sad Summer Fest did an incredible job of bringing people together in a safe environment with an incredible lineup of bands. Between the amenities, band members walking around and interacting with fans all day, and the overall experience, this truly is a festival made for the fans. Here’s hoping that we can all be just as happy at Sad Summer next year.