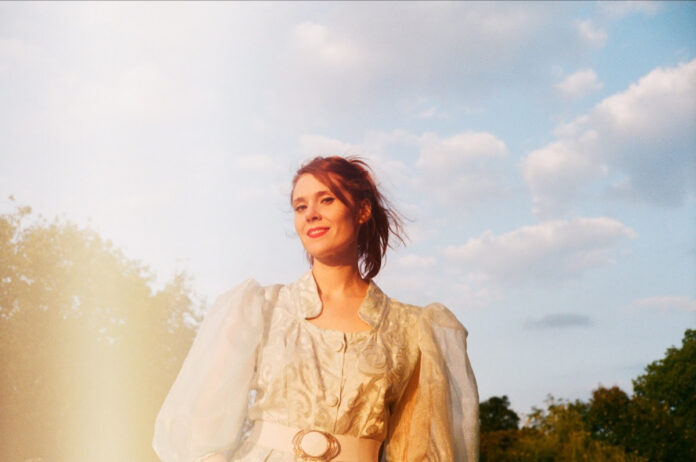 Last year, the U.K.’s beloved singer-songwriter (turned-actress) Kate Nash released her fifth studio album, Yesterday Was Forever. A 14-track sensation that laid on the 2000s-pop-nostalgia heavily (and reminded us that she had, in fact, not fallen off the face of the earth), Yesterday Was Forever was an exciting return. And now, she’s charming hearts yet again with a new video for “Body Heat”, the sixth track off of that album. The video, which features her adorable dog Stella, is meant to remind us of the joy of connecting with someone, and feeling the literal (and figurative) warmth from their body heat. Watch below.

“We found a vintage/twin peaks inspired home and arrived at dark and shot through the night,” Kate reveals of shooting the video. “It was the quickest most fun video shoot I’ve ever done. The idea was a sexy cliché pop music video with a comedic twist. The love interest is an invisible man, as I wanted to represent those moments of self-love, when I’m in the bedroom in the video I’m with my naked invisible man and essentially I’m alone. You can still have those sweet, sexy relief from loving yourself through stressful moments.”

Nash is also blessing our ears this morning with a new single, “Bad Lieutenant”, her first release of the year. Fiery, electric, and sassy, it sees Nash taking the reins of her own narrative, and arrives hot on the heels of Kate Nash’s new documentary, Underestimate the Girl, that premiered yesterday on BBC 3. Listen to “Bad Lieutenant” below.