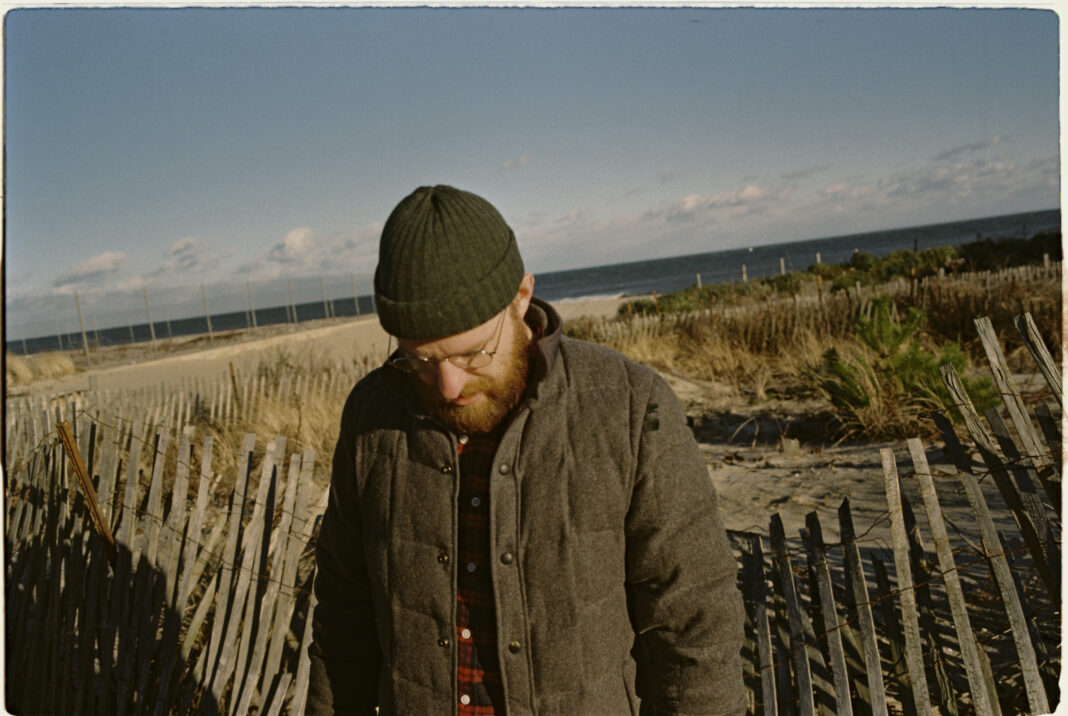 Life comes at you fast. At least that’s what the internet says when it wants to make a joke about an unfortunate event that is illustrated by either video, photo, or gif. Of course, we can thank Nationwide Insurance for pumping this phrase into a massive ad campaign some fifteen years ago, but like it almost always does, the internet recycles the best of content. While the phrase “life comes at you fast” has since been watered down into meme form, Nationwide had great points to make and as we all grow older, we will certainly realize that the moments of life become ever more fleeting with each passing year. We have more things to carry, more things to juggle, and more commitments, but no more time is given.

A good representation of life coming fast and suddenly having a lot to juggle would be none other than Dan Campbell, who rose to prominence in the alternative/pop-punk scene fronting The Wonder Years nearly a decade ago. They exploded onto everyone’s radar with their second full-length album, 2010’s The Upsides, and relentless touring, as well as their ability to write story telling lyrics that were incredibly personal and detailed, yet relatable to the masses. It would be a great disservice to Campbell and the rest of the band to say the success was over night, but when I say it came “fast,” I more so mean everything post-Upsides: the record deal with Hopeless Records four month after its release in January of 2010, the re-release 9 months after its original release, and then the follow up record (Suburbia I’ve Given You All and Now I’m Nothing) which came in June of 2011 via Hopeless. We could go on about The Wonder Years and their now three-straight top 20 records, numerous sold out tours, but this isn’t about The Wonder Years; it’s about Aaron West and the Roaring Twenties.

If you’re unfamiliar with the project, it serves as the side-project in which Campbell takes on an alternate persona, if you will: Aaron West. The project made its debut back in 2014 with the record We Don’t Have Each Other (also released on Hopeless) and though there was an EP and a few singles have dropped since, that’s been about it. However, back on May 10th, 2019, the project saw its second record released, Routine Maintenance. If you’re wondering why it took so long, there are many reasons. As Campbell tells me when we speak back in May, “I think that it’s the first chance I’ve had to fit anything into the schedule.” He highlights The Wonder Years activity: 2015 saw them released their record No Closer to Heaven, Aaron West dropped the Bittersweet EP in 2016, TWY did their Burst & Decay EP in 2017, followed by Sister Cities in 2018. Campbell can’t even recall the last time he didn’t have new music of some sort coming out, and we haven’t even talked about touring. Or his own sanity. Or his personal life — which includes a new-born baby, even. So, as you can tell, “life comes at you fast” applies once again to Campbell.

When we start talking about Routine Maintenance and what that record means for the Aaron West project/character, it’s clear right off the bat that there was never an intention for a second record originally. “The intention was that we just did a record and I just couldn’t believe the label wanted to put a solo record out for me. And the story arc had — not finality to it, but if we never made another [record] you could have considered “Okay, well we, you know, we basically got what we wanted from it,” Campbell tells me in explaining this point. He compares the first record to a season of a TV series, explaining that how the story on We Don’t Have Each Other ended wouldn’t have been his ideal finale, but it would have worked all the same if nothing else came out of it.

Campbell now refers to the first record as act one, with Routine Maintenance being act two — and more specifically, the redemption arc for Aaron West. He describes We Don’t Have Each Other as the story of Aaron West getting beaten down by tragedy, and responding negatively, leaving room to grow. “We had to, you know, build him back into a human a little bit, right? He can’t exist like that forever, there has to be some development. So this [new] record to me is Aaron, as a person, learning to cope better, deal with tragedy better, to express himself in a healthier, more productive way.”

This begs the question from my side during our interview that I pose the question: what exactly does redemption look like for the character of Aaron West? “I think that with We Don’t Have Each Other, you have a record where there’s someone who is so distraught that they’re acting consistently selfishly. At some point in everybody’s life, you have to be allowed to be selfish a little bit, there has to be a little bit of understanding where ‘Okay, this guy is going through a lot and we’ll give him a good amount of room,’ but that doesn’t last forever,” Campbell shares. “So, it’s him learning to care about himself and it’s him learning to properly care about others. Not in this kinda self-centered, overdramatized way, but like real, concrete ways that you show up for other people, that you show them you care about them. Not through massive emotional and explosive moments, but through small acts of kindness.”

As important as the arc of redemption is to Aaron West, and certainly to Campbell, it’s still not entirely personal. This is something he acknowledges, and even says is freeing, or even a relief in ways, from a writing perspective because as he describes it: “You’re behold is to almost nothing” when writing intentionally for a character or someone not yourself. He compares this to when writing a song for The Wonder Years, in which the expectation is that he write about how he’s been feeling, personally, in the years since the last record. But it’s not just the music, or the lyrics for this project that presents a challenge, it’s the live shows as well.

Campbell highlights the live shows as being an integral part of the Aaron West project, “I get on stage and say ‘My name is Aaron West and these people behind me are the roaring twenties’ and we play the songs. I do the whole thing, monologue in character, everything is part of the story at that point.” However, with that he has found that these live shows then bleed into the story of the project, for consistencies sake if nothing else. He explains, “What [live shows] did was it grounded the story arc in a way like, ‘Okay, if in character, in the year 2015 I stood on the stage in Nashville, Columbus, or anywhere else and said ‘My name is Aaron West, I’m gonna play you some songs tonight,’ and then in the story, at that same time, I have Aaron West ice fishing in Norway, there’s a continuity issue — that can’t happen that way. And so that adds a little structure to it.” So while as much as this project is freeing of his own personal life and stories, there’s no less care and thought that goes into the lyrics or overall story.

It’s not just the lyrics or the music that makes this project so freeing for Campbell, it is those aforementioned live shows as well. Because the songs he sings live under the Aaron West moniker are less personable, it makes them easier to play live. “You know, the thing writing a Wonder Years song is that like, if it is a personal trauma — this goes for anyone that writes songs about their life will tell you, there is a level of hardship to say ‘Okay, I’m going to cut myself open for you and show you all of these parts that hurt, and then record it, and then every night for six weeks in a row, I’m going to get on stage and open that wound back up and let you look at it,'” Campbell explains. “Obviously you learn coping mechanisms for it, but it’s still — it’s never gonna be super easy every night. Some nights you might be like, ‘Wow that was great, I didn’t think about it at all or feel it all, just had a great performance’ and can go on with your evening. Then some nights you’re like, ‘Well, playing that song just fucked up my whole day.’”

More specifically with the topic of Routine Maintenance, we circle back in our conversation to discuss some of the music/sounds on the record. With The Wonder Years, Campbell and the band has always strayed to differentiate record from record, never simply copy and pasting a formula. With Aaron West now two records deep, he wanted to ensure that he found the, as he puts it, “next logical extension” of the project.

I think that some of it was about trying to find the next logical extension of the project. Just with anything else, you don’t wanna write the exact same record the exact same way again. It comes down to two things, at least that immediately come to mind, as to why there are different sounds on this new record. “Some if it is influence. You know, obviously when we’re thinking about the horns, we’re thinking Springsteen horns, I think you can really clearly hear that. When we were thinking about the strings, I was thinking a lot about Rilo Kiley so some of that comes through,” he shares. He credits Ace Enders, as well, for his contributions producing and even co-writing some tracks as well. Starting with “‘God & the Billboards,’ we started that one together and then I kind of went home and finished it. But then, for “Runnin’ Toward the Light,” Ace and I sat in a room and really built that one together. So you get a little more of his influence on the record, too.”

Life comes fast. All of the things I highlighted about Campbell’s life in the beginning — musically, and personally with a newborn baby — are there, and real. In terms of how they affect his music, he looks at them as things that simply push him to become a better songwriter. Through the Aaron West project and of course with The Wonder Years, as well — and in that situation, no one loses; not the listener or Campbell himself.  If Routine Maintenance is the redemption arc for Aaron West, there’s no telling where the project goes from here. Not for a lack of ideas, or that there’s nowhere for it to go — because there certainly is, but all we can do is follow Campbell along for the ride. He’s taken us this far on such an incredible, heartfelt and gut-wrenching story. Right now, it’s time to soak in act two and look forward to act three.