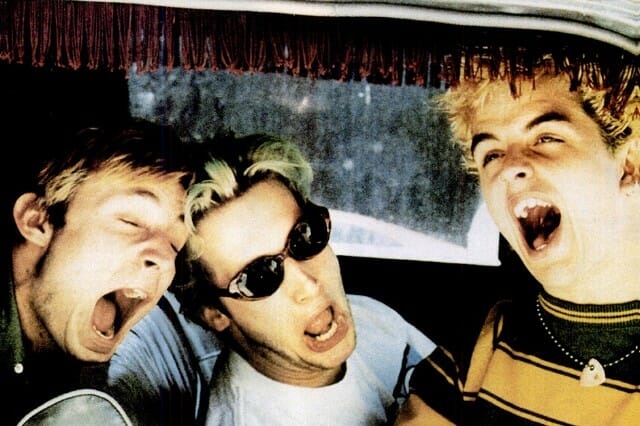 After the rising success of both a compilation album, 1,039/Smoothed Out Slappy Hours, and the follow-up studio release, Kerplunk!, a new punk band from the Bay Area was on the rise: Green Day.

Fresh off of the two indie releases, Green Day was ready to show themselves to the world. As it turns out, they had caught the attention of producer and Reprise Records rep, Rob Cavallo. At the time, Cavallo had done some work with another SoCal punk band: a band called the Muffs. Billie Joe Armstrong has even previously told Rolling Stone, “If we were shooting for any kind of sound, that was it. And Rob was great. He understood what kind of guitar and drum sounds we were looking for.”

So Green Day had freshly signed to Reprise Records – an imprint of Warner Bros. They were ready to release their major label debut, Dookie.

Seventeen tracks were laid down when it came time to record the record. Its title was Dookie – US slang for “turd” and slightly different from its original working name, Liquid Dookie, which was decided to be “too gross.”

I don’t know if you’ve heard lately, but Dookie is a great album. While the album only debuted on the Billboard 200 at #141, it quickly picked up steam with the release of its first single, “Longview.”

Woodstock’s reappearance was strictly a money-making opportunity with tickets starting at $135 each. At the time of Woodstock ’94, Green Day’s album had just picked up Gold Certification for 500,000 copies being moved in the United States. The band took the stage at 3pm and unlike the original Woodstock of 1969, this was just chaotic. Green Day opened their set with “Welcome to Paradise,” and when their friends (who, not to mention, had been chanting for them during the preceding bands) started hurling mud at the stage, Armstrong and bassist Mike Dirnt encouraged them to throw more. The band’s set was cut short and they were ushered away from the stage, piloted by helicopter. And it was this resulting publicity that pushed Green Day into being the biggest punk band in the entire world.

Dookie released twenty-five years ago today. It was this album that introduced an entire generation to punk rock. Not only that, but ten years later, they lined their eyes with mascara and did the whole thing again…this time, just a little more anti-capitalist. And what’s even crazier? Green Day is still the biggest punk band in the world.