Cincinnati, Ohio’s very own Bunbury Music Festival has announced its full lineup for this summer, which will take place from May 31st-June 2nd, 2019 in Cincinnati’s Sawyer Point Park.

Fall Out Boy (who previously headlined Bunbury in 2014 while on tour with Paramore), Greta VanFleet, and the 1975 will serve as the headliners this year. Missing is blink-182, who was scheduled to headline this year after canceling last year — only to drop off again this year due to their recording schedule.

“We are so excited to bring another weekend of great music to Cincinnati,” said PromoWest Productions’ (who put on the Festival every year) Scott Stienecker in a release. “This lineup offers something for everyone which is so important. We always strive to host a variety of artists and we think we have done that again in 2019.”

Below you will find the whole lineup for this summer’s Bunbury Music Festvial. 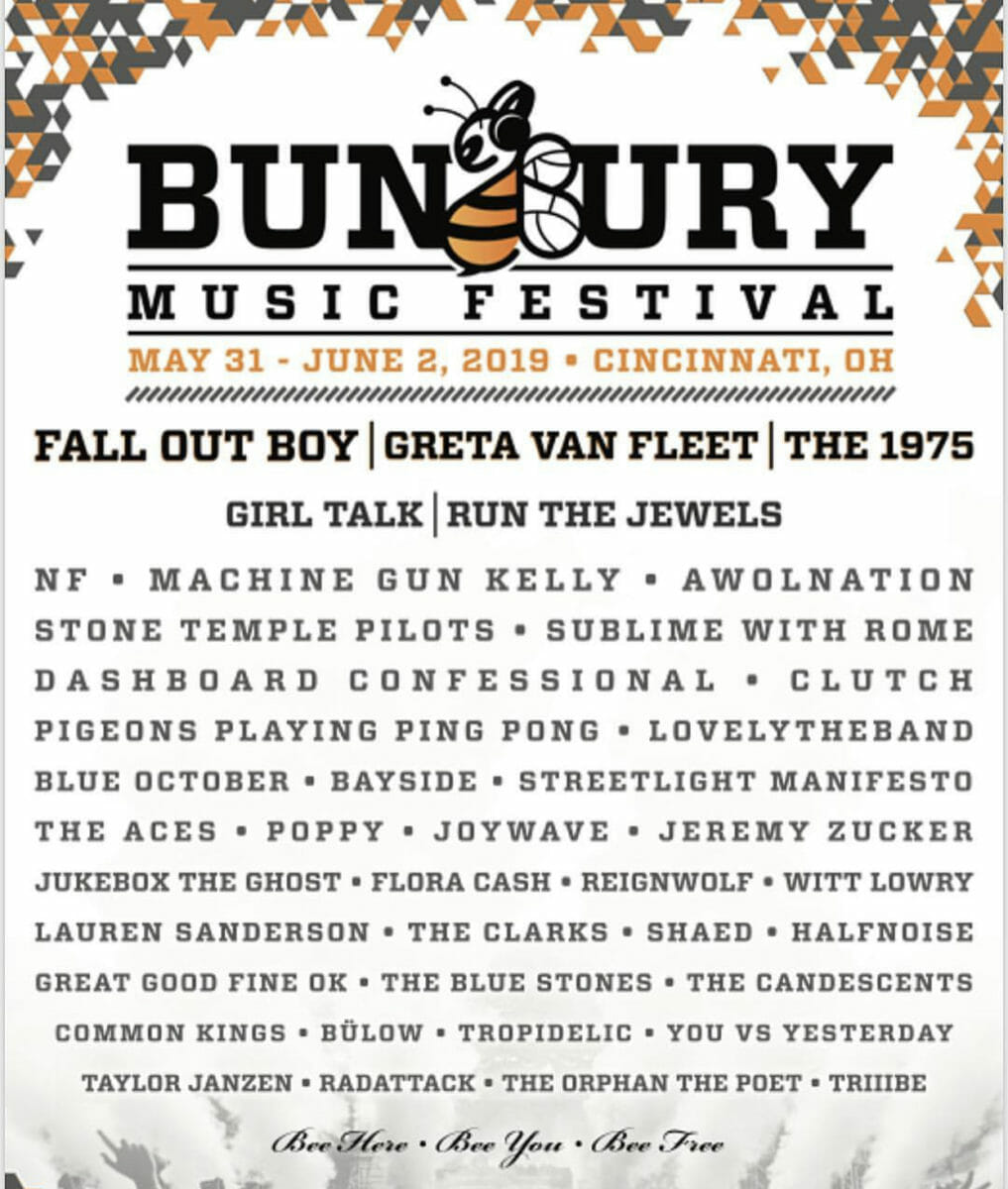 The Orphan the Poet