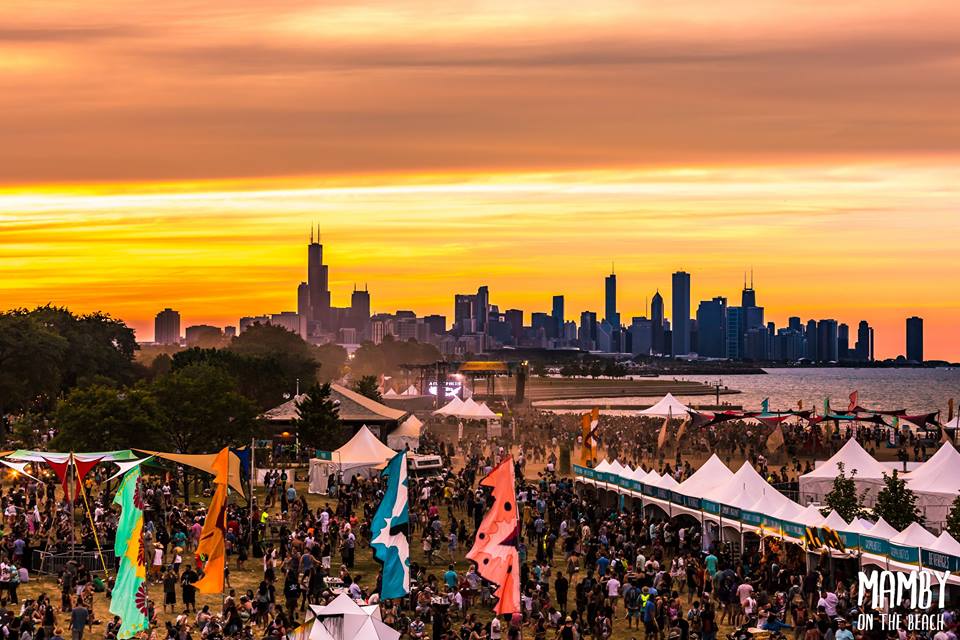 It’s time to relax on the beach with some of the biggest names in hip-hop, indie rock, and EDM.

While most Chicago festivals are big, loud, and 3 days or longer, Mamby on the Beach tries to take a more zen approach. Spanning only 2 days on the south side’s Oakwood Beach, Mamby gives festival-goers a small and personal weekend of yoga, organic food, and breathtaking views of the skyline. Before you head to the beach, check out our guide of the best acts and the little things that make Mamby so amazing.

It’s common knowledge that Chicago has some of the best rappers in the world, and a ton of them will be at Mamby on Saturday. Up and coming artist Joseph Chilliams will be kicking off the weekend, and you should definitely get there early to see him. His tongue-in-cheek lyrics and off-kilter melodies separate him from mainstream rappers, but his collaborations with Saba and the rest of the Pivot Gang give him the potential to be a future Chicago staple. Later in the day, Towkio will be playing tracks from his debut album, WWW, which dropped earlier this year. His work with other Chi-town favorites Vic Mensa, Joey Purp, and Chance the Rapper put him on the map, but Towkio’s beats are uniquely his own. Don’t be surprised if some of his friends make an appearance too. Finally, to close the night, Common will no doubt put on an incredible show for Mamby. His career has spanned decades and broken the idea of what a rapper needs to be. Without Common, there would be no Kanye, Chance, or John Legend. Common’s set will be the stuff of Mamby legend by the end of the night.

As the sun beats down on Oakwood Beach, the dance beats will only get hotter and hotter. Jean-Philip Grobler, aka St. Lucia, has released two albums and played festivals around the world (including Chicago’s Lollapalooza) to critical and fan acclaim. His low-key electronic sound will fit in perfectly at Mamby. Alt-pop duo Oh Wonder are known for their kitschy rhythms and electric stage chemistry. The UK-based group are the musical incarnation of sunshine, and for those who get VIP tickets and can listen to them play while swimming in Lake Michigan, it will truly feel like summer vacation. For those who like a little more rock n roll, Cold War Kids will headline the Park Stage to play their chart-topping songs. Ever since their debut radio hit “Hang me out to Dry” in 2007, the group have had over a dozen big singles and have only become more charismatic onstage. Their set is not to be missed!

Tickets for Mamby on the Beach are still on sale. For more info, check out their site HERE.