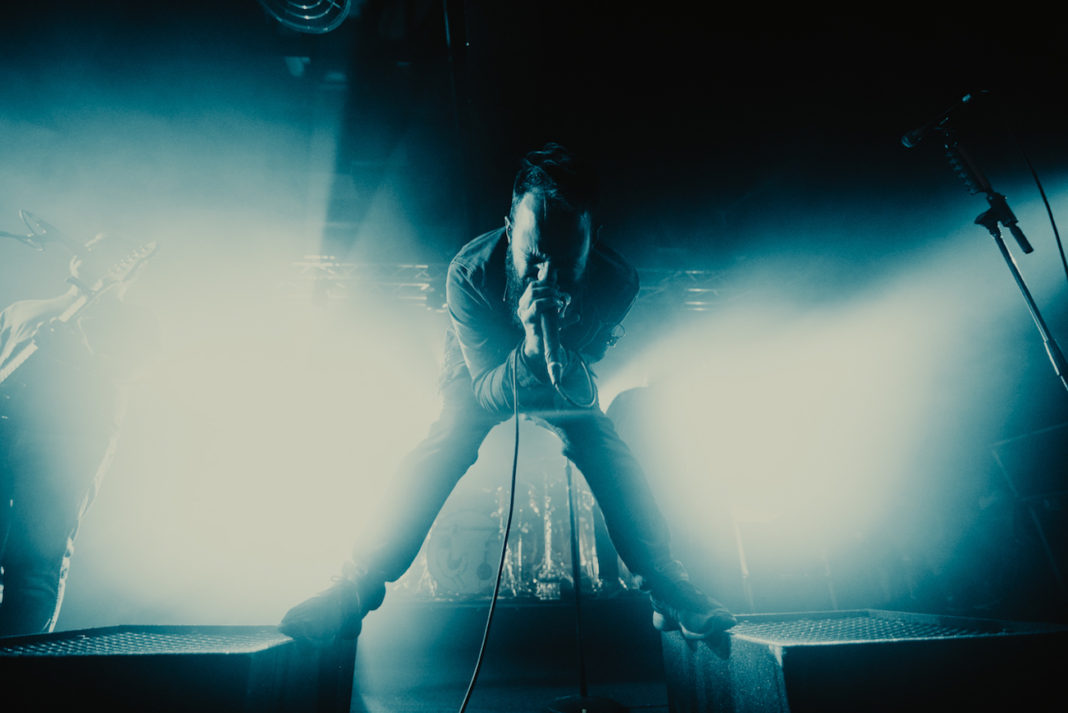 People quickly packed into Chicago’s Concord Music Hall to see Lansdale, PA’s The Wonder Years play a show that been sold out for several months. Opening for them were Worriers, Tiny Moving Parts, and Tigers Jaw, so it was guaranteed to be a great show all around.

Objectively looking at the releases from the band, they’ve grown a lot from 2007’s Get Stoked on It! to this year’s Sister Cities. The growth is more nuanced than the sound and vernacular of a couple of records; it is a reflection of lives that have been lived, been worn down, been changed, and have moved forward. While the timeline was not always linear, The Wonder Years have clearly grown up, and with them, their fanbase. However, with this growth comes growing pains. Some of our friends and strangers who previously packed into the Bottom Lounge clad in ‘Defend Pop Punk’ tees no longer show up, for whatever reason, and that’s alright – this band is also moving up and, more importantly, moving forward, and they are unstoppable.

A soft light backlit the band as they began their set with “Pyramids of Salt,” a track off of Sister Cities. As frontman Dan Campbell sang, “I drew a line in the sand with these worthless fucking hands/ I drew a line in the sand, you washed it away again,” the words were yelled back at the stage with a growing intensity and it only went up from there. The band played some songs off of 2015’s No Closer To Heaven next, like “I Don’t Like Who I Was Then,” which is an anthem about growing up that hit close to home for much of the fanbase that had grown up with the band, and “Thanks For The Ride.” Next up was “It Must Get Lonely” off of Sister Cities. The band then took it back to 2013’s The Greatest Generation with “Dismantling Summer” and “Cul-De-Sac,” followed by a new song called “We Look Like Lightning.” They dug deeper into their discography, going back to Suburbia I’ve Given You All and Now I’m Nothing with “Coffee Eyes” and “Came Out Swinging,” a song that strikes a nerve in a different way every time I’ve heard it, and brings me right back to high school. It always feels like the intensity in the room reaches an emotional peak during that song every time it’s played, and for a moment it feels like everyone in the room has been through the same things and nothing feels so uncommon.

About halfway through the set, the band slowed it down with “The Devil in My Bloodstream” off of The Greatest Generation, which picked up and fell right into “Sister Cities,” which was followed by “Raining in Kyoto,” a stand-out track on the newest record. A few songs later, the band came back out for their encore, beginning with an acoustic rendition of “A Song for Ernest Hemingway” followed by “Passing Through A Screen Door” and the climactic closer, “Cigarettes & Saints.”