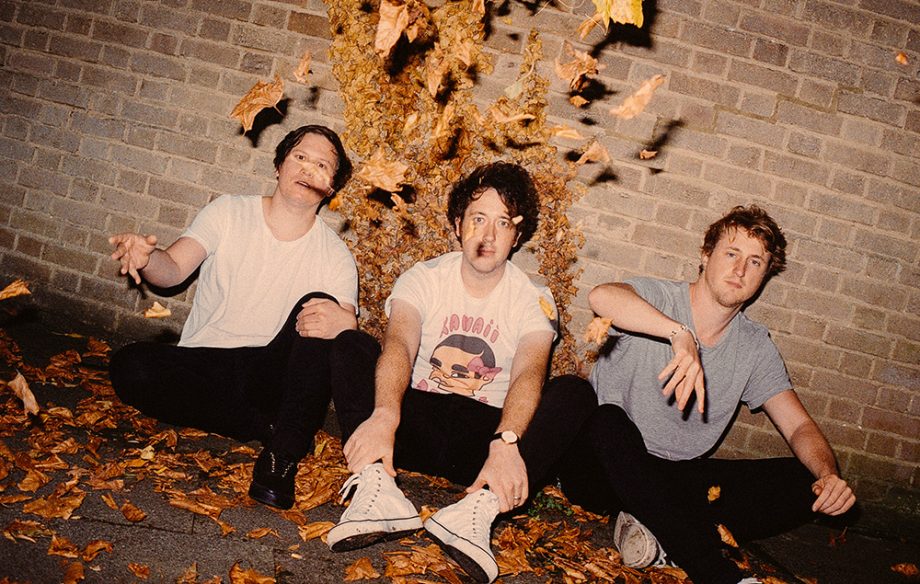 In speaking with lead singer/guitarist Matthew Murphy, you get a sense fulfillment that being a 15 year veteran in a band can only bring. The Wombats, hailing from Liverpool, England have been a mainstay within the indie rock/pop genre and continued their spin on the genre with 2017’s Beautiful People Will Ruin Your Life. It’s still many of the elements that you would recognize from The Wombats with some psychedelic guitar and pop sensibilities.

Before embarking on a tour with Weezer and Pixies, we got to catch up with Murphy to speak on a variety of topics such as the impact of Los Angeles and marriage on his creative process and where The Wombats go from here.

With Beautiful People Will Ruin Your Life, you wrote most of this album in Los Angeles while Dan (Haggis) was in London and Tord (Øverland Knudsen) was in Oslo. How did that writing process feel with all you guys being in three different locations?

The first and second albums, we didn’t write together anyway. I would write the songs and present them to the guys. From there, we would put them together and play them to make them better. With this album, it was refreshing for me because I didn’t have anyone knocking on my door saying, “hey, where are the songs?”. So, yea, 70% of it was written in Los Angeles. I sent it to them, and they would let me know if they liked it or not. We recorded everything in London. I probably got on more transatlantic flights then I wanted.

I know Los Angeles has two parts to it. You have the glitz and glamour side, but there’s also the tranquil part to it as well. How did it feel creating within that dichotomy?

LA has everything in it. There’s a quote from (Frank Lloyd Wright), “Tip the world over on its side and everything that is loose will land in Los Angeles.” Everyone is a transplant. There are states of anxiety going around, but there’s also the spiritual atmosphere. I don’t know. I love all of the bizarre qualities that LA has to it. I think it’s been beneficial for me. Just as a human being, trying to navigate my way as a songwriter.

In Glitterbug, you make references to long distance relationships. With your latest album, especially with songs like “Lemon To A Knife Fight,” it’s from the vantage point of being married. How has that growth impacted your creative process?

I mean, my wife is kind of endlessly entertaining. I’m in no fear of having a creative shortage because she’s always kind of surprising to me. I don’t know; I feel like I have to write about what is happening to me. Otherwise, it probably won’t resonate with me. I’m just much happier when in I’m Los Angeles and when I’m with her. I write better when I’m happier, and it’s obvious on this album.

Over the years, even with the first album with the song, “Kill The Director,” you have a conversational style with your lyrics. There’s a cleverness where when you are referencing to these memories; the listener is in the moment with you. How did you learn to develop your lyrical approach?

I think that..when I was in bands when I was younger and writing songs around 14-15, I was essentially trying to rip off Radiohead. Tried to write these weird and ambiguous things. It wasn’t until I was 17-18 going to indie clubs in Liverpool and listening to bands like Pulp and The Strokes where I was like, “hang on, I can write about the things that are around me.” I can point the finger at people, places, and things.

When I realized that, it pretty much opened up a whole new door for my creativity. Just writing more in line with my slightly bizarre, cynical, self-deprecating personality changed my output. As soon as I realized it was ok to do that and be myself, that’s when I started writing those conversational lyrics. On Beautiful People Will Ruin Your Life, you go into the more psychedelic places at times. I guess I’m kinda fortune and happy that I found that little niche.

I feel on this album with songs like “Dip You In Honey” and “Turn,” there’s a flipside to love there. “Dip You In Honey” is more of a straightforward love song, but there’s “I don’t know why I like you but I do” which highlights the imperfections. Was it important to highlight that love isn’t all sunshine and rainbows all the time?

I never really think about that. I think Nick Cage said, “all songs have to be love songs for them to work.” I always found that interesting. “I Don’t Know Why I Like You..” is not really about relationships. It’s more about being a fuck up, drugs, and doing things that are bad for you. I suppose since I’ve been married and found my wife, partner, equal, those songs come because I’m happier.

The Wombats started in 2003 and your within your 15th year as a band. Looking back and taking in where the band is now, is there anything you would do differently?

I mean, I feel like there’s work to do. We want to keep building in America. We haven’t been to South America that much. There’s a lot of places that we want to play and take on. I think the struggle..the struggle to live never really ends. I don’t feel like there was a point where we were like “oh, we made it now.” There’s still tons of stuff, whether it’s this band or another one. Also, when I look back at things, I don’t think we ever made any bad decisions. Either artistically or in our career.

I wish that I didn’t let the pressure get to me as much like it did on the second and third album. Like I would lock myself in a room and beat myself up because I hadn’t written a good song in a few weeks. Now, I just learned to be a little more relaxed and give myself a break. I think that’s a really important thing to get ahold of. Just as a songwriter, the creative process ebbs and flows.

I did read that you were planning some side projects and collaborated with some people. Is that still in the works?

Yes. I’ve been writing for other artists which have been fun. I’m starting a new project and will probably put out an EP at some point. The songs are like 50-60% done. Hopefully, that will be released once touring for The Wombats dies down.

The Wombats have two big tours on the horizon. The first is one where you are supporting Weezer and The Pixies and then your fall headlining tour in the States. How do you feel as tour time gets closer?

The Weezer/Pixies tour, to use the words “dream come true,” it’s cheesy, but it’s the most appropriate phrase for that. We only have to play 30 minutes, and there’s no pressure on us, so it’s a perfect situation. The fall tour in the U.S. will be our biggest tour venue size wise. I enjoy the process of stepping it up a bit from whatever country we are in. I’m excited to see how the rest of the year plays out.