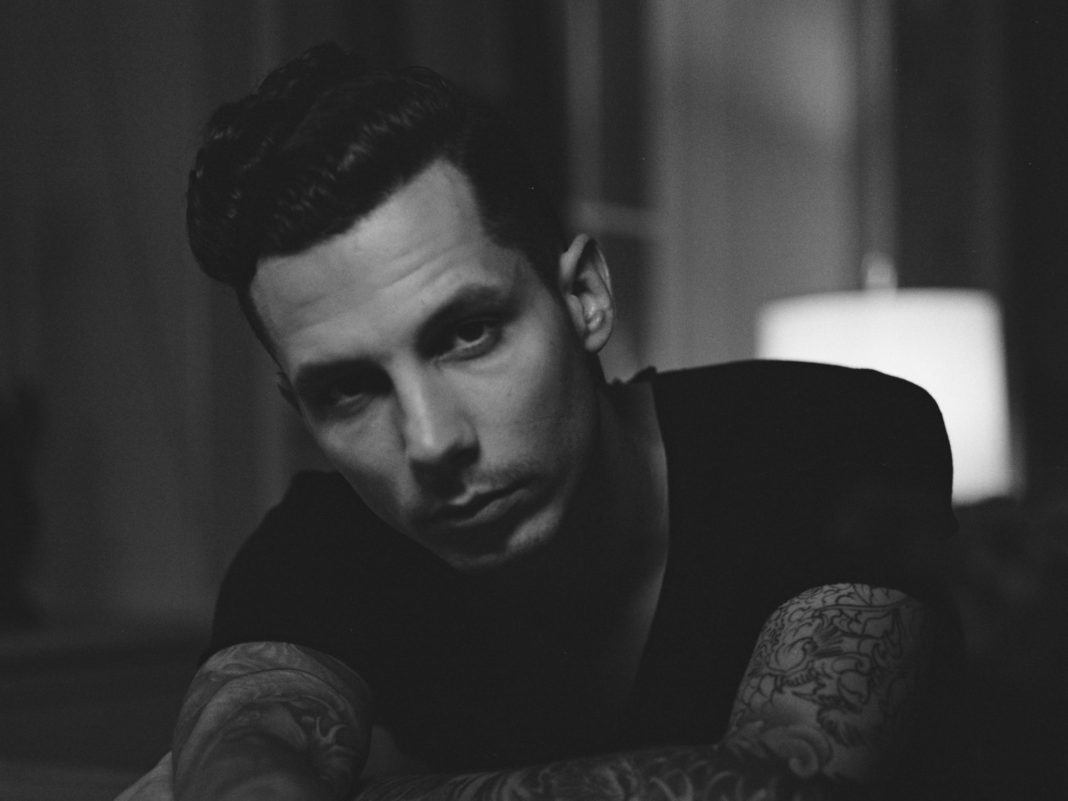 The country newcomer opens up about the making of his debut album ‘Dark Horse,’ playing his first sold-out headlining show in Nashville, and being at the center of country music’s newest evolution.

“I’m gonna leave it all on the floor tonight, Nashville,” Devin Dawson promises early into his 90-minute set at the legendary Exit/In. It’s a rainy night, not exactly prime concert-going weather, but he’s still drawn a full house. The likes of Etta James, Barry Manilow, Johnny Cash and Billy Joel have all made their way onto the Exit/In stage; a venue known for being a middle ground where music of all kinds can converge, a stage in Nashville where any artist of any genre is welcome. So it only seems fitting that Dawson, certainly on outlier compared to some of his other male peers in country music at the moment, is playing his first sold-out, headlining Nashville show there. He admits the prospect of playing famous venues like Exit/In on his own gave him a little anxiety when we speak a couple days later. “I was afraid of doing headlining shows this early,” he says. “Were people even going to show up? Are they even going to care? Am I going to play to fifty people? But even if I did we’d rock it.”

At a time where country music is very saturated with “bro country,” from his music to his style, the California native has brought something a little different to the table since coming onto the country scene in 2017 with his debut single “All On Me” — a song that took him all the way to the stage of the Grand Ole Opry. Growing up near such iconic country music locales like Folsom State Prison (recording site of the famous Johnny Cash live album At Folsom Prison) helped lead to a life-long love for country music, though he found himself in a heavy metal band before he ever found his way to Nashville.

Dawson carries the look of a modern-day greaser with his slicked back, jet black hair and as equally all-black attire, but don’t mistake the bad boy facade, because underneath that coat of black is the complete opposite. Instead, you’ll find a truly warm disposition and a deep lover of music in all of its shapes and forms. Through being able to carve out a truly unique sound and look for himself in the genre, many note that he’s slowly (though unintentionally) begun redefining what being a male in country music landscape can be, helping expand the genre past some of its more comfortable boundaries by blending more R&B and rock sounds into his music. He sounds like the love child of Alan Jackson and Marvin Gaye.

“I didn’t go into it not trying to forward the genre,” Dawson says. “All music should always be forwarding things, I don’t think you should step backward. I think I did it more to serve myself, as selfishly as that sounds. I think I did it more for what felt right to me creatively rather than doing it for the good of the next person. But I totally accept and am so for that. It’s cool to know that I can help forward the genre. Country music is so progressive right now, but at the same time, it’s not. It’s weird. It’s almost like an ameba about to split,” he continued. “There’s so much diversity, but there are also so many people going down that traditional road — which is great, and it works. Which is why I love country music. There’s nothing wrong with either side. But we both have to accept each side and realize that it is our genre and embrace it, so it’s cool to be able to help be a part of pushing that boundary.”

Dawson released his first full-length, Dark Horse, in January, produced in full by Nashville power producer Jay Joyce, the man behind some of Carrie Underwood, Keith Urban, and Little Big Town’s biggest hits. It’s one of the most introspective, heartfelt albums to come out of country in recent years, and the result of someone who you can tell only truly exhales in his music. Dawson’s naturally meticulous, hyper-focused approach to music only benefited his record, leading to a tight, cohesive twelve-track set. The album debuted at #5 on Billboard’s Top Country Albums and cracked the top 50 on the Billboard 200, selling almost 15,000 copies to date, not to mention being an instant critical success. Most felt like Dawson had hit a reset button on country. “When I think of someone’s job for their first album, it’s to tell their story and let people in on who they are, and that’s what I wanted to do with this album. It’s a snapshot of my life for the last 3 or 4 years, and it’s nice to have a little bit of affirmation and a little bit of confidence in knowing that I’m not crazy!” he laughs. “The fact that it’s hitting home in some way, shape or form is the confidence that I can keep stepping forward and trusting that what my gut says as an artist is correct in some way.”

Dawson also notes that he definitely feels a “distinct difference in the energy” in having only a lead single out versus a full album. For him, that’s when he began feeling a major shift. “Before, there was “All On Me” and a couple songs on Spotify, and now there are twelve songs for people to get to know me from and they can choose their own favorites. When they come to show they can know what to expect instead of hearing it for the first time…. it means the world to have the album out.”

Dark Horse was a project that Dawson did his best to go into without any preconceived notions. He was adamant only about not putting pressure on how the album unfolded. “This is my first album, so I didn’t know what to expect,” he notes. “I knew that I didn’t want to try and point towards something other than what felt right. I didn’t want to feel like I had to put a banjo on something to make it sound country, or we had to put a pop synth on something to make it sound pop or anything in between. I didn’t want to say that about any song. It was more about giving in to what a song wanted and serving that song. We took turns down roads that I didn’t know existed. The breadth of diversity and dynamics in the record was unexpected in the sense that every song has its own moment, but each one still plays into the next in a common thread.”

While phenomenal as Dark Horse is on its own, as Dawson slices through each album cut at Exit/In it becomes glaringly evident the stage is where this music belongs — Dawson’s unmatchable stage presence bringing palpable life to these songs. It’s almost hard to listen to the recorded tracks the same way after seeing the way he presents them live. During the set, Dawson makes a point to thank the audience for letting him perform “all original material.” Nashville is a town where you can find someone playing covers in every bar. Being a new artist on the scene and playing your entire album from front to back is all but unheard of. He elaborates, noting that he played all covers just a couple years ago at a venue right across from Exit/In, and being able to play his entire record from front to back brought him full circle. “I’ve never really been a cover guy… I like covers rarely if I can make it my own. But I have too much to say as a songwriter,” he says. “It’s rare for new artists to play all original music because people don’t know who you are. As hard as that can be in the beginning, I think it’s an investment in my future because people who may have heard the record once or twice and then go back and listen to the record after hearing it live will have a whole different perspective and ownership of the music. Maybe I told a certain story or did a certain thing live that I don’t do on the album, and it turns into this cyclical investment into the future of those songs.”

“This is my story right here, you guys. This is my heart,” Dawson says, a tinge of emotion detectable in his voice before he plays his final song of the night, the record’s title track and by far his most important and meaningful song. “Dark Horse” is the antithesis of everything Dawson is and wants to be. His mission statement. It’s simple, vulnerable and straightforward, but coming from him it still sounds a little mysterious as well. “People always ask why I wear black. Where’d I get my style, and why I never smile in pictures….I’m not self-conscious, I’m just conscious of myself,” he sings, the whole crowd following suit. “I’ll side with the outsiders. Those long-shot last-round fighters. Anyone who ain’t afraid to stray off course. My heart bleeds for country music, where the honest outlaw truth is. No, I ain’t no white knight. I’m a little more dark horse.”

Walking back out into the misty Nashville drizzle after the show, there’s the overwhelming feeling of having witnessed music at its very best. Some artists skirt around who they are in their music, trying to keep it vague and applicable to everyone; but somehow Dawson is able to tell a much more personal and honest story in everything he does while also one of the most relatable ones we’ve seen from country music in a long time.