Advertisement
Home News Film ‘Justice League’ is a mixed bag that manages to rise above its... 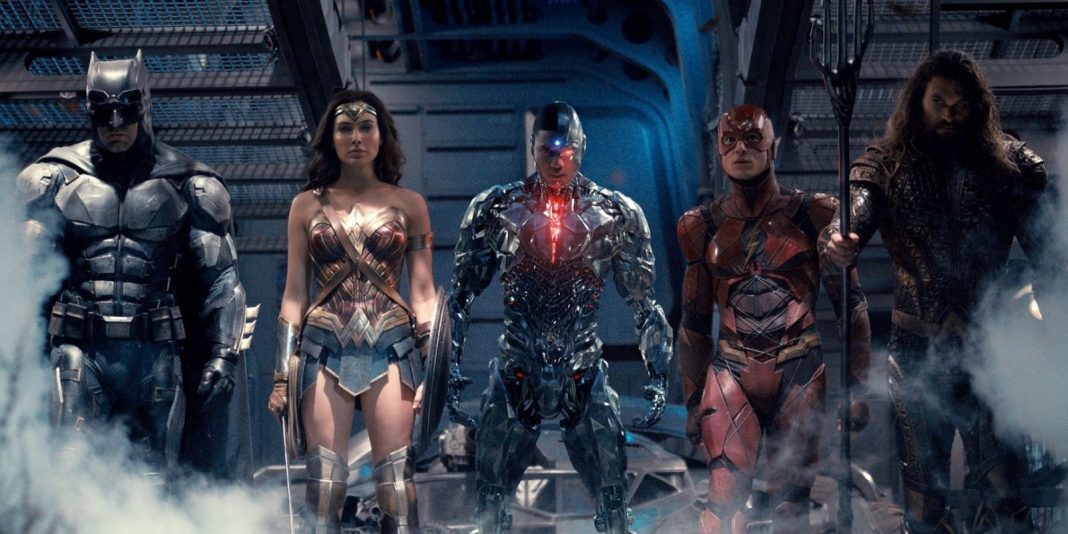 The DC Extended Universe has had difficulty finding it’s footing, to say the least. The first film in their franchise, Man of Steel, is a mess of stupid violence that turns Superman into a gritty antihero, and it was never able to reconcile itself or its hero with the themes of the source material. Batman v. Superman: Dawn of Justice is even worse, with a bloated running time that unwisely chose to base part of its story off one of the more absurdist Batman comics and still manages to be boring. Then Wonder Woman came along and blew past all expectations with its powerful interpretation of one of the comics most iconic superheroines, and gave DC and Warner Brothers an opportunity to reinvent their franchise. For months before release, the two companies have been relentlessly advertising Justice League with very little detail, presumably hoping to intrigue enough people to get butts in seats on opening weekend that it will cover the production costs.

Justice League picks up shortly after Batman v. Superman ends, with Superman dead, Bruce Wayne/Batman (Ben Affleck) feeling responsible for it, and Diana Prince/Wonder Woman (Gal Gadot) off doing her own thing. When signs begin to emerge that the period of relative peace is coming to an end due to some mysterious cubes covered in ancient writing, Batman decides it’s time to prepare for the worst. He journeys to the remote north to find the Guardian of the Sea and meets Aquaman/Arthur Curry (Jason Momoa) who brushes him off without giving any information. Disappointed, Batman returns to Gotham still determined to find some way to head off the coming danger.

Meanwhile, in Themyscira, a large cube known as the Mother Box that the Amazons have been guarding for millennia has cracked open, and a powerful demonic creature known as Steppenwolf (Ciaran Hinds) has come to collect it and two others that are hidden on Earth. When he succeeds in stealing the box, the Amazons alert Wonder Woman and she joins Batman, agreeing to help bring together a team. They set out to find Barry Allen/The Flash (Ezra Miller), who is just coming into his powers, and Victor Stone/Cyborg (Ray Fisher), a young man whose super-scientist father tried to save his life after an accident and in the process changed him into something part man and part machine. Eventually, despite initial resistance, all five come together to join forces and stop Steppenwolf, but before long they realize that even their combined powers may not be enough to stop the coming apocalypse.

It is hard to look at Justice League and take it as a film on its own. The troubled production history of both the franchise in general and the film itself are apparent on so many levels. Zack Snyder’s style has saturated all the DCEU films but Wonder Woman, and his departure partway through the post-production of Justice League drastically affected the finished product. Joss Whedon was brought in to finish the film, and while he stated he would do his best to stay true to Snyder’s interpretation, the changes he made are both obvious and welcome. The bare bones of Snyder’s ideas and work are there, but everything from the lighting to the dialogue has been adjusted to fit a new dynamic and lighter tone. But for all that it isn’t a Joss Whedon film as we typically think of one, the two styles are blended in such a way that occasionally works unbelievably well but also clashes in bizarre and jarring ways.

The cast of Justice League are all trying so hard and having a wider range of emotion to work with helps them succeed. Ben Affleck has the most to make up for as his character in BvS is so flat you could probably slide him under a door. He gives Batman more depth but never escapes the wooden line delivery or lackluster energy that has been his hallmark in this role. Unsurprisingly, Gal Gadot brings back all of her charisma and then some from Wonder Woman; she is the heart of the team and provides a solid moral base that was missing in the previous films. Newcomers to the franchise Ezra Miller and Ray Fisher are given only the briefest backgrounds, but it’s just enough to set up future films of their own. Miller is sweet and funny, using physical humor to great effect as the Flash. Ray Fisher’s voice is perfect for the job of Cyborg but the almost entirely CGI body they give him limits his performance. While the film strains to show us how cool Aquaman is, and Momoa embraces the role, he is given nothing to do that affects the story in any meaningful way. And, spoiler alert for the most obvious spoiler that everybody saw coming, Henry Cavill looks like he’s loving every moment of this new version of Superman, and he fills out the shoulders of the red cape in the way that he should have from the first film. (But the CGI job they did removing his mustache is incredibly distracting.)

The quality of the visuals and special effects of Justice League vary wildly from scene to scene. Some are gorgeous, most noticeably every scene of the Flash in his speedster form, but at times it’s as though they pulled something straight from a cheap video game. They also chose to include an unnecessary amount of “enhancements” (such as making Superman’s suit extra shiny) that serve only to make everything feel plastic. Danny Elfman, an accomplished composer who has written some of the more iconic themes in film, did the music and his selections turn out to be of mixed quality. There are a lot of musical callbacks to scores from other DC films and TV shows, and it quickly becomes overdone, at times bringing it to the brink of camp.

Justice League, more than any of the other films with Superman, feels like a superhero story. There are jokes and camaraderie between the characters and despite incredibly high stakes, it sheds the grim and gritty affectation that has plagued the DCEU. The best changes by far involve Superman; he smiles and cracks jokes, worries about civilian casualties, and most importantly he leaves behind the adolescent whining and haughty attitude that Snyder had made the central aspects of his character. The team comes together more or less gracefully, and while the story is nothing new it is capably written. Justice League may not be a good movie, but it isn’t necessarily bad either, and more than anything else it is an interesting movie to watch, even if it’s just to see how well all the pieces finally fit together.