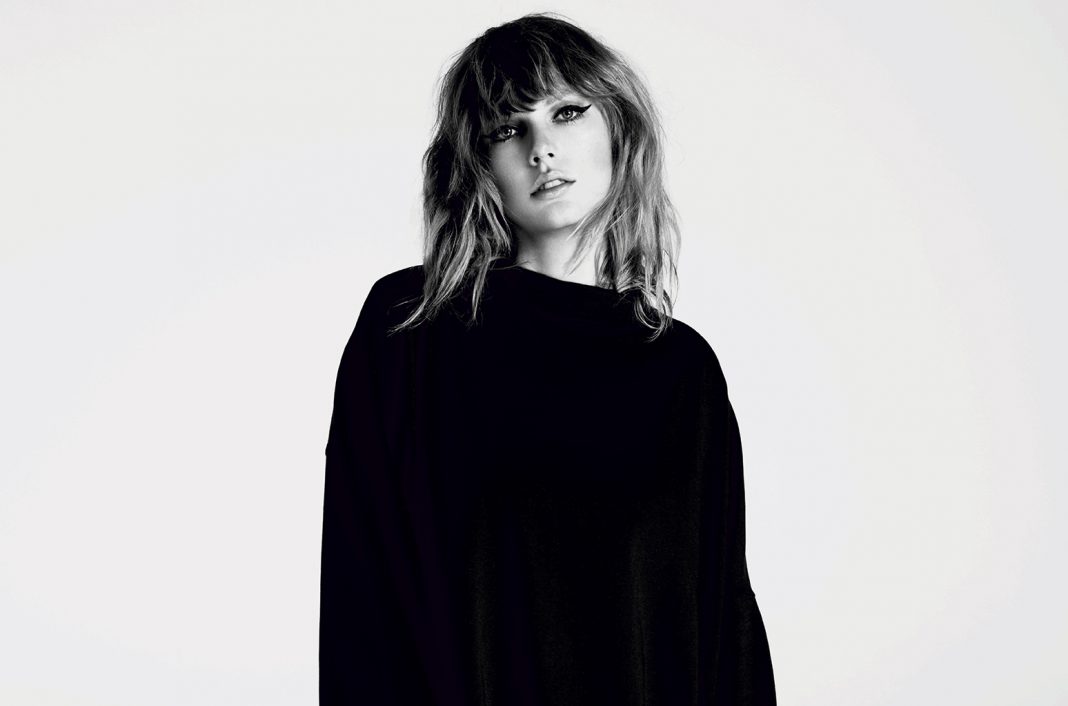 “You’ve been calling my bluff on all of my usual tricks/ So here’s the truth from my red lips,” Taylor Swift croons on “End Game,” the second cut from her sixth record, Reputation. You can literally hear the smile in her voice as she gets ready to spill three years worth of details on betrayals, public image scrutiny, and new loves. Swift’s previous album, 1989, felt like the eventual full pop record apex she was always destined to reach. It was a masterful use of her lyrical and production talents, and a shining example of what she could really do at her best.

But the next step was a true unknown. If anything, her second pop record had much more to prove than her first. The record that followed 1989 would show if longevity and a true pop legacy was in the cards for Swift; if she could actually keep this train on the tracks. But on Reputation, she solidify’s her spot in pop by purposefully sending said train plummeting off the tracks and into the black abyss below while she watches from the edge of a cliff, a sinister smile curling across her signature red lips.

On Reputation, the “Look What You Made Me Do” declaration of the old Taylor’s death extends far past just her public image and persona. It’s a true experimentation record. She completely dismantles the glossy and idyllic idea’s of love, and the squeaky clean image she herself has helped perpetrate for so long — and it allows for some true introspective moments. She’s been an expert at making even the worst of break-ups sound like something we want to go through if only for the purpose of being able to relate to the song she’s written about it. But on Reputation she finally writes outside the bubble of metaphor and starts showing a more self-conscious and hesitant side of herself. A side truly effected by words others say. “This ain’t for the best/ My reputation’s never been worse/ So you must like me for me,” she says on “Delicate.” It clocks in as one of her most vulnerable modern moments, the compete flip side of “Blank Space.” The side of her willingly admitting she really does care what people think about her and that she worries how her public image might affect the quality of relationships she can attract. Max Martin and Shellback also give some of their best production on this track, turning a song rooted in fear and paranoia into the perfect end of the night club song.

“Don’t Blame Me” will certainly go down as a fan favorite from the record, sounding like a natural cut from the next Fifty Shades soundtrack. “Don’t blame me, your love made me crazy/ If it doesn’t you ain’t doin’ it right/ Oh, Lord, save me, my drug is my baby/ I’ll be usin’ for the rest of my life,” she slithers across a truly infectious synth beat. Over on “Call It What You Want,” she addresses the downfall of her public image again saying, “My castle crumbled over night/ I brought a knife to a gun fight/ They took the crown, but it’s alright/ All the liars are calling me one/ Nobody’s heard from me for months/ I’m doin’ better than I ever was.” It’s one of the most honest and self-aware lines from the entire record.

“They say I did something bad/ Then why does it feel so good?” she screams over the deep trap, electro/pop beat of “I Did Something Bad,” one of most bombastic and jarring cuts from the record that goes after the witch hunt like media frenzy that surrounds her every breath. It’s one of the angriest moments on the record right behind “Look What You Made Me Do.” “They’re burning all the witches, even if you aren’t one/ They got their pitchforks and proof, their receipts and reasons,” she says on the bridge. “So light me up.” If it doesn’t get a Salem Witch Trials themed video I’m going to feel personally robbed.

And while this experiment gets it right a lot of time on other cuts like the thundering “…Ready For It?” and synth heavy masterpieces “Getaway Car,” “King of My Heart,” “Call It What You Want,” “Dancing With Our Hands Tied,” and “End Game,” also a collaboration with Ed Sheeran and rapper Future, it isn’t without a few bumps along the way. “Gorgeous” is an unnecessary cut, not adding or saying anything particularly special overall, and most certainly comes across as filler in comparison to far excellent past declarations of love. A whole song devoted to how attractive someone is a gross misuse of her lyrical talent and feels like a cop out for her. Especially seeing as how she puts it to such great use elsewhere on the record.

And on the flip side, while “This Is Why We Cant Have Nice Things” is a great example of where she puts her lyricism to excellent use, (“It was so nice being friends again/ There I was, giving you a second chance/ But then you stabbed in the back while shaking my hand… Friends don’t try to trick you/ Get you on the phone and mind-twist you,” wonder who that could be about?) the composition of the song is awkward and takes a moment that could have warranted legitimate anger and turns it into a hokey kiss-off that doesn’t exactly land as hard as she wants it to. Probably one of the biggest letdowns from the record, honestly.

She saves her signature balladry for the final cut “New Year’s Day,” the (literal) quietest moment on the record and a perfect raw ender to the intense emotions she laid bare 14 songs before. It’s day after that no one ever likes to talk about, but the day we feel the most in retrospect. The moment where we have to try and figure out if it was real or all an illusion. And if it was real, where do we go from here? “Please don’t ever become a stranger/ Whose laugh I could recognize anywhere,” she pleads.

Reputation is an album about seduction, the price of fame and how important the people who can save us from the destructive parts of ourselves can be to us, making it her most divisive and engrossing work right behind her most underrated opus, Red. She continues to excel in making the smallest moments, the smallest feelings come across gigantic, overwhelming and all consuming. Moments that are hard to touch when you look back at them, but that pain somehow makes them all the more meaningful in the end.