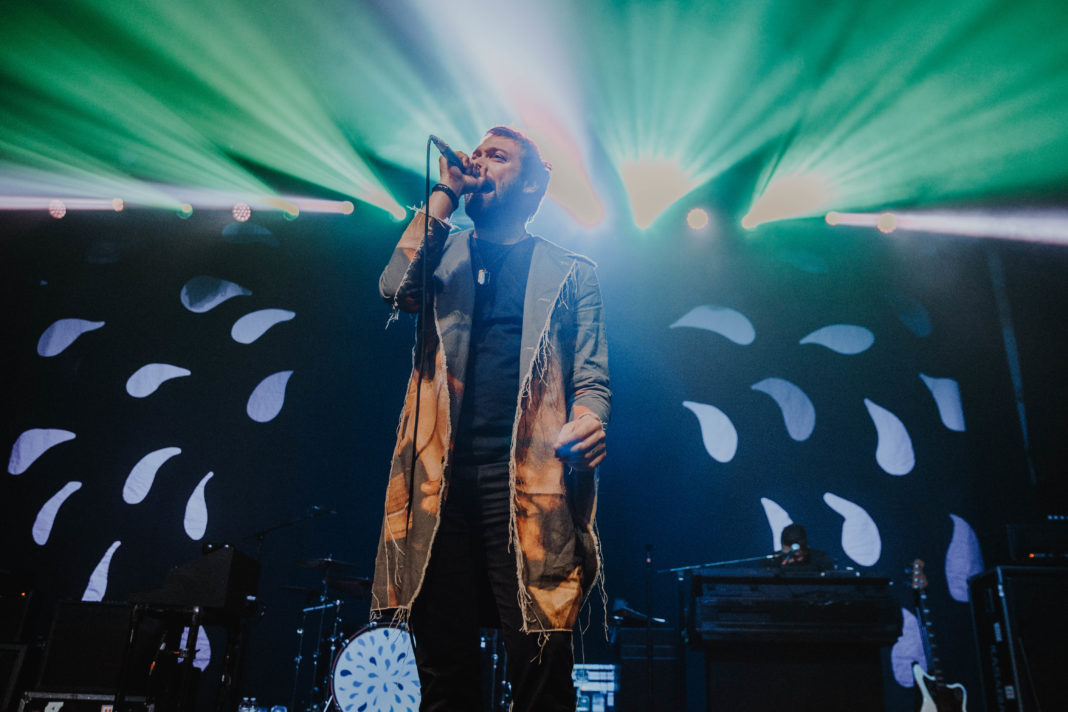 For one night only, New York’s Terminal 5 transformed into an underground British punk rock club as Slaves and Kasabian were to perform on Thursday night. Walking into the venue, the smoke machine was on full blast. I emerged from the smoke cloud, to pick my spot towards the back of the venue in order to indulge myself in the entire spectacle.

I’ve been a fan of Slaves for a while but I’ve never had the opportunity to see them live. With just a small drum kit and a guitar set up on stage, the lights dimmed and it was time for the party to begin. Lead vocalist and drummer Isaac Holman began pounding on the drums as he sang the lyrics to sockets. Guitarist and bassist, Laurie Vincent ripped the chord on his guitar as he jumped from amp to amp. The band played a lengthy 45 minute set that included “White Knuckle Ride” and “Cheer Up London”. In the middle of the set Holman sat on the edge of the stage, talking to the stage about his hatred for the hi-hat and why he never uses one, before the duo plunged into “Fuck The Hi-Hat”. Holman ripped his tank top off as the sweat poured down his face while the band wrapped up their set.

The night was far from over as the fans throughout all three levels of Terminal 5 began chanting for Kasabian. Storming onto the scene 20 years ago, Kasabian are no stranger to performing live and so it was no surprise that the band totally blew the roof off the venue. They opened their set with “III Ray (The King)” and the energy didn’t drop for one bit throughout the entire performance. My friend has advised me to stay for the show and as someone who has never seen Kasabian before, who was I to say no? After the first couple of songs, lead vocalist Tom Meighan faced the crowd, adorned in his heavy fur coat, with a huge smile on his face. The happiness and excitement was radiating from his face to every fan throughout the venue — it was an insane moment! The night progressed as the band ripped through their thirteen song setlist, which included “Empire”, “Bless This Acid House” and “L.S.F (Lost Souls Forever)”. The night was looking like it was over but the fans were having no part of it as chants began for an encore. Kasabian closed their killer performance with a three song encore, ending with “Fire”. The night had come to an end and suddenly I was reminded that I didn’t move to England in those 4 hours… I was still stuck in New York.