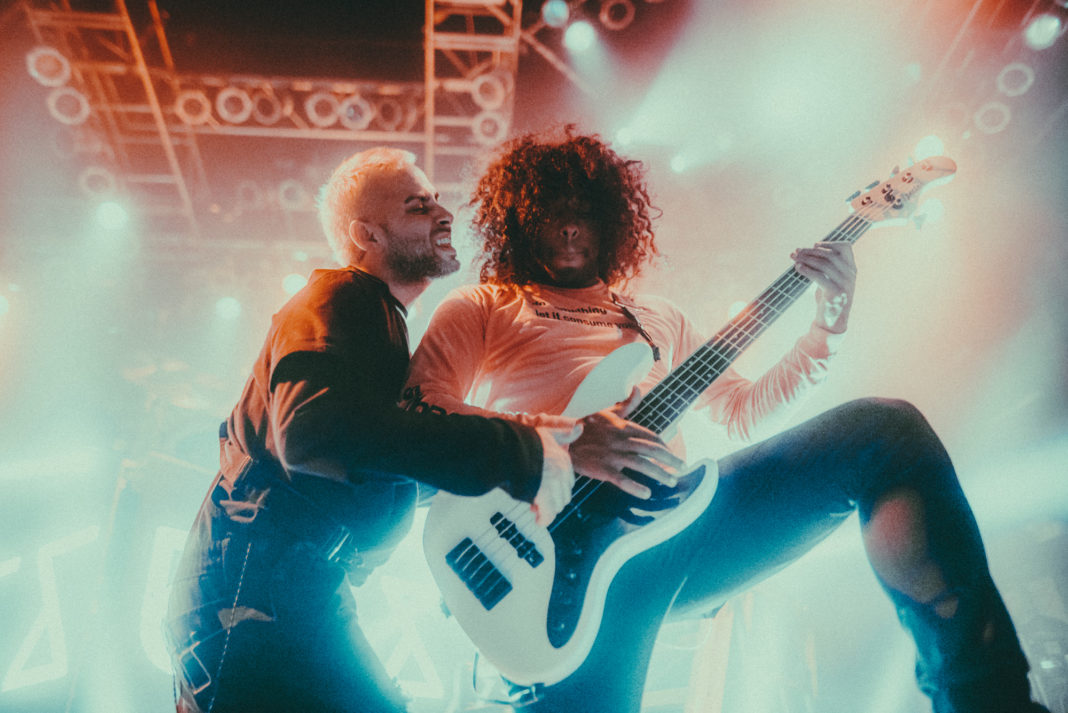 Upon arriving at the House of Blues and entering the music hall, Sylar had already started their early 5:15 pm set to kick off the Chicago date of Issues‘ Headspace Tour. Following them were Too Close To Touch, who have gained a lot of traction in the last year with full-length Haven’t Been Myself, following it with numerous tours, including a co-headliner with Waterparks in early 2017 and a spot on the Monster stage on the Vans Warped Tour. It was wonderful to see them getting the crowd going during their set, especially with their closer, “Sympathy” off of Haven’t Been Myself.

The energy from the end of Too Close To Touch’s set flowed through tenfold into Volumes‘ opener, “Left For Dead”. Crowd surfers came pouring over the barricade for the first time that night and continued to do so for the duration of their set. I really liked getting to watch Volumes. I’d caught their set once before at Warped Tour a few years ago, but the aura this time around was noticeably different and much more enjoyable. The production looked great with their strobe lights, and vocalist Myke Terry’s movements on stage made the set that much more fun. They played a few more songs off of their newest release, Different Animals, like “Feels Good”, “Finite”, “Pieces” and “Waves Control”, among other songs from their discography. The one that stood out most was “Edge of the Earth”. Before the song started, vocalist Gus Farias spoke a few words about the meaning behind the song, “For those who don’t know, I’m a fucking recovering heroin addict, about 3 years fucking clean off that bullshit. You go back and listen to those lyrics, you read that shit, and you will find that out very quickly. I’m here to tell you: you got a friend, a brother, a family member, yourself, that has an addiction, I’m telling you – you can get the fuck out of that dark hole.” They closed out their set with “Wormholes” off of Via.

As the house lights went down and the LED panels on stage lit up, it was finally time for Issues to begin their set. They opened up their hour and a half long set with COMA off of their 2016 release, Headspace, which was met with roars of excitement. While they played a large chunk of Headspace throughout the night, they didn’t neglect their self-titled or their two EPs, playing songs like “Disappear (Remember When)”, “Never Lose Your Flames”, “King of Amarillo”, “Love Sex Riot”, and for the encore, “Hooligans”.

Too Close To Touch