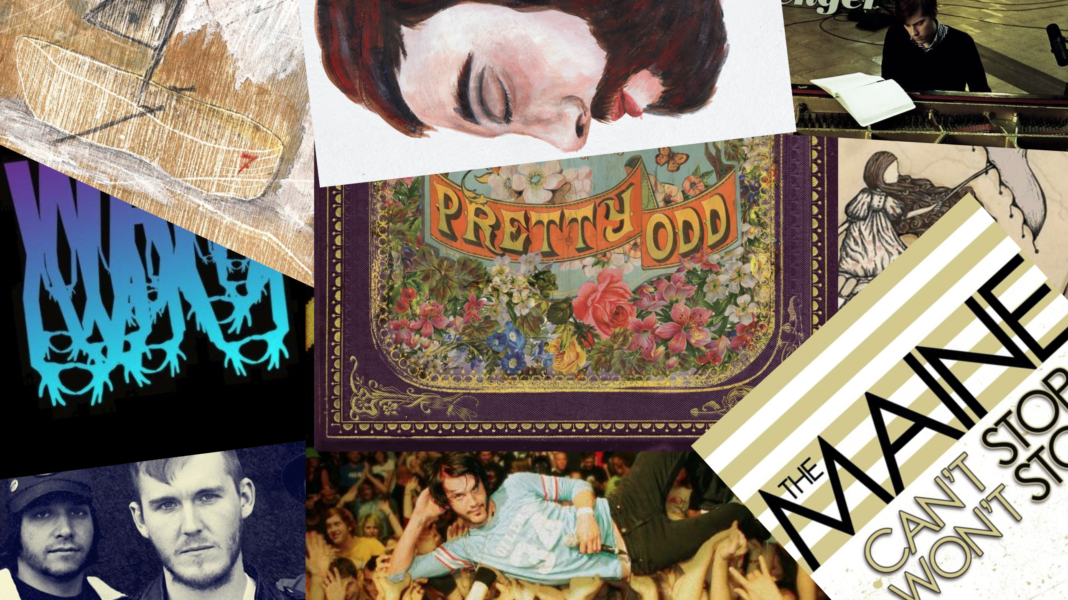 Nostalgia is one hell of a drug, and nothing produces a more powerful sense of nostalgia than anniversary tours for the albums that changed your life. Those of us who spent the early days of the new millennium as teenagers have been treated to countless tours of this variety in recent years, and as far as we can tell that trend will not be ending anytime soon. In fact, 2018 just might produce some of the best, or at least most important, anniversary celebrations to date.

When we started discussing the albums we wanted to see celebrated in 2018 the list of titles worthy of such treatment featured more than two dozen records. After many lengthy debates and a few tears cried over our keyboards while watching clips on YouTube we settled on ten albums that we feel made a lasting impact on alternative music. These are not the only albums we want to see brought to the stage next year, but they may be the most important.

The Gaslight Anthem – The ’59 Sound

Ten years after its initial release The ’59 Sound continues to age like fine wine. The Gaslight Anthem were already well on their way to becoming household names when this record hit stores, but the success of “Great Expectations” and the title track, among other songs, helped kick the band’s ascent through the rock echelon into high gear. This is also the album that would launch roughly ten-thousand think pieces on whether or not Brian Fallon was the second coming of Bruce Springsteen. We wouldn’t quite go that far ourselves, but there is not a doubt in our mind that The 59 Sound will outlive us all.

Perhaps the best concept album of 2008 and definitely the record with the longest title, Somewhere At The Bottom Of The River Between Vega and Altair is a masterpiece that only La Dispute could create. Bringing their unique combination of post-hardcore ferocity and melodic rock moodiness to the masses from the streets of Grand Rapids, this record made La Dispute a band every person in alternative music needed to see. The fact the band’s live shows were – at the time – some of the most raucous events one could ever hope to attend was only icing on the cake.

The world wasn’t ready for Want in 2008, but everyone we know has since committed nearly every single lyric to memory (whether they did so intentionally or through constant exposure over many years is another conversation altogether). 3OH!3 were the party band we never knew we needed, and their playful tongue-in-cheek lyricism helped elevate their industry profile to the top of the Billboard chart. Honestly, has anyone heard someone make the “shhhh” sound in the last decade without immediately thinking, “do the Helen Keller, and talk with your hips”? We think not.

Music historians will probably spend the better part of the next several decades trying to understand why The Cab never became the biggest band in the pop rock arena. Whisper War may be the group’s masterpiece, offering wall of sound production and some of the catchiest songs to ever be sold in Hot Topic stores nationwide. This was also the album to make scene kids question their self-proclaimed dislike of radio pop, as the influences from top 40 music ran throughout each and every song. If you can hear Alexander DeLeon’s vocals on “Bounce” or “One of THOSE Nights” and somehow resist the urge to dance we highly suggest going to the emergency room because you may actually be dead.

You only get one chance to introduce yourself to the world, and Foxy Shazam made sure to make the most of their opportunity to do so with this incredible record. Introducing… perfectly captures the frantic energy of the Ohio born group with 10 raw rock tracks that dare listeners to try and remain still. The albums that followed this one may have spawned more hits, but this album changed the way people thought about rock bands in the alternative scene. There is only one Foxy, and here we are able to rediscover what made them burst onto the international stage in the first place.

Of all the albums featured in this post only Illuminate was given a seven-year anniversary tour. The reasoning behind that decision still escapes us, but we certainly didn’t complain. Illuminate is one of those albums that found its following online, and though the sales may never mirror the impact the record made on the alternative scene you can see and hear its influence to this day. The way each song plays like a gentle lullaby for the broken hearted and weary made it acceptable for other artists to explore complex emotions in the alternative scene. For that, we are forever grateful.

When The Maine released Can’t Stop, Won’t Stop they had only been together for less than one full year. Regardless, the band was already being followed all over the country by dedicated fans who quickly took to their unique take on modern pop rock. The tracks that make up this album feel like child’s play when compared to what The Maine delivered with their 2017 album, Lovely Little Lonely, but there is an undeniable charm that radiates from each track to this day. This record take us back to a simpler time when it seemed like the world wasn’t quite so crazy and we thought the feeling of young love would never leave us. Maybe we were foolish to wish for such things, but in a way those sensations still exist when this album plays.

City And Colour – Bring Me Your Love

Talk about a record no one saw coming. When Dallas Green announced a solo project after years with Alexisonfire we’re not sure anyone knew what to expect. A simple rock album with a few good hooks would have been more than enough to please fans, but what Green delivered instead is an album that changed the expectations placed on quote/unquote ‘side projects’ in the alternative scene. Bring Me Your Love is a wondrous, often heartbreaking collection of songs that showcase the softer side of Green’s undeniable talent. It also gave the world “The Girl,” which has since appeared on roughly three million playlists and become a staple in the world of songs used to express how one feels about another when their own words fail them.

The sophomore slump is real. Disagree if you wish, but history sides with us. Even if that sophomore effort is part of your second, third, fourth, or even fifth project in music the possibility of falling short of fan expectations is almost always high. So high, in fact, that most never achieve similar commercial or critical success again. Glass Passenger is a rare example of a sophomore release that, at least in our opinion, exceeds the high expectations placed upon it prior to release. On this record vocalist Andrew McMahon found himself with a fresh start in life that presented new and exciting challenges that he chose to embrace through song. You or someone you know probably has a lyric tattooed on their body from this record (“Swim” is a popular source for these creations), and we’ll be shoulder to shoulder with them should Andrew choose to bless fans with an anniversary tour in the new year.

Panic! At The Disco – Pretty. Odd.

The album the scene was not prepared to hear has proven over time to be one of 2008’s best releases. Pretty. Odd. was the insanely anticipated follow-up to Panic!’s debut album, A Fever You Can’t Sweat Out, and from what we can tell that is why the album did not initially connect with fans the way it should. The album was and is, for lack of a better description, pretty odd. The mashup of emo and pop sounds that helped catapult the band into the forefront of alternative music are stripped away here so that a more folk-driven sound can take their place. It was too much for some to accept a decade ago, but now may be the perfect time for listeners to give this album the attention (and respect) it has always deserved.

Know an album that you feel should be on this list, but isn’t? Tweet @Substream with your favorite records from 2008 and we may use your choice in a future column!

ABOUT US
Substream Magazine is a forward thinking lifestyle and media outlet that focuses on discovering and sharing the best in new music, film, pop culture, and entertainment. Since 2007, Substream has helped break artists and launch cutting edge content Our writers and staff are located all over the world and are passionate about music and pop culture.
Contact us: [email protected]agazine.com
FOLLOW US
© Substream Magazine