Advertisement
Home News Film ‘Despicable Me 3’ is a disjointed film that sacrifices story for wider... 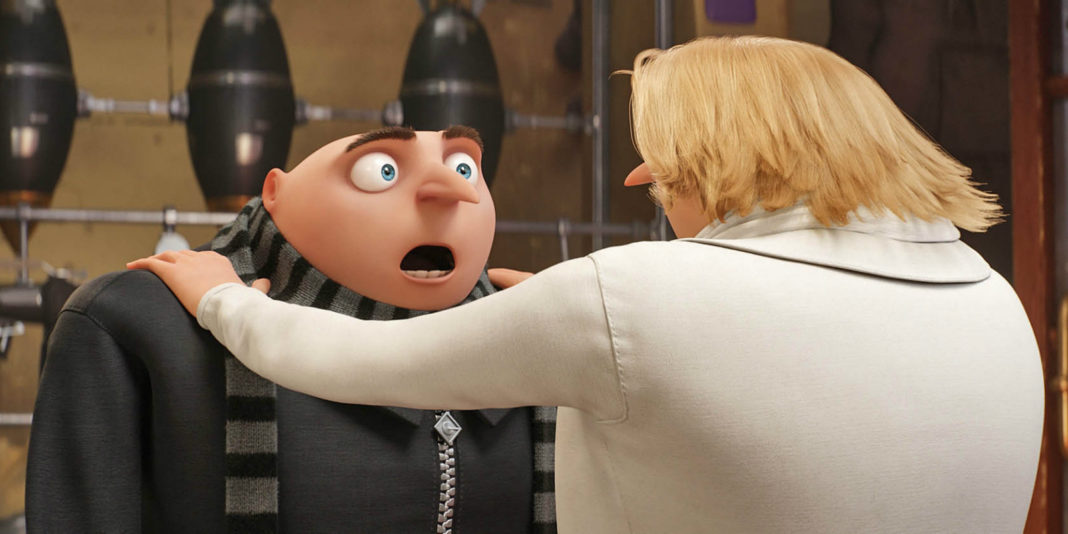 The Despicable Me series has enjoyed decent success over the years, mostly due to the small yellow Minions that captured the hearts of children and some adults with their silly antics and love of bananas. Typically, these films have included plenty of Minions with a side plot about Gru (Steve Carell) and his adopted daughters. Despicable Me 3 opts for a different approach, limiting the Minions to a minor side skit and instead crams as many small stories as possible into the film and hopes for the best.

The movie opens with Gru and Lucy (Kristen Wiig) hunting down an 80’s flashback disguised as a character, the nefarious Balthazar Bratt (Trey Parker). Bratt was once a successful child star who fell prey to the ravages of puberty and now lives the life of the villainous character he once played on TV. When their attempt to nab him goes awry, Lucy and Gru are fired from their jobs at the spy agency. The next day Gru’s previously unknown twin brother Dru (also Steve Carell) pops into his life and whisks the whole family away to his mansion. At this point the stories splinter off and everyone has their own adventure before reconvening at the end for the climax. Lucy, with some help from Margo (Miranda Cosgrove), is adapting to the role of being a mother, while Edith (Dana Gaier) and Agnes (Nev Scharrel) search for a real live unicorn. These stories are braided together into a messy plot that skims so lightly over the characters and their development that it is hard to invest in any of them.

By far the worst choice of Despicable Me 3 is the dedication to show as many 80’s references as possible. Trey Parker pulls out all the stops as the over-the-top Balthazar Bratt, but the 80’s shtick is used throughout the film as a cheap device to engage parents, so the jokes fall flat with the children that the movie is ostensibly meant for. The other characters are treated better; Kristen Wiig’s Lucy in particular, is handled well. The worlds of career women, motherhood, and step-parenting are difficult subjects to tackle, but the movie manages to steer clear of the usual stereotypes and let Lucy be her own kind of parent. Comparatively, Gru and Dru’s story is sadly lackluster as it isn’t given enough time to develop naturally. Instead it goes through the expected plot points at breakneck speed to accommodate the rest of the stories jockeying for our attention.

Surprisingly enough the movie manages to hold together—just barely—by putting the stories in an order that make it feel coherent.  Despicable Me 3 presents the same tone throughout the film, mostly by keeping everything light and fluffy with no real danger to the characters. Even when the climactic battle scene happens there is barely a minute or two of tension before we are on to the next resolution. It is a movie that is easy for kids to watch, since the gags that are there for them are very funny, and so much happens so quickly there isn’t time for even the most impatient child to get bored. Had they aimed for a more cohesive and focused story with less nostalgia for a time before its main audience was born, it would have made for more enjoyable viewing for everyone.