Advertisement
Home News Film ‘The Book of Henry’ is bizarre and original, but rarely in a... 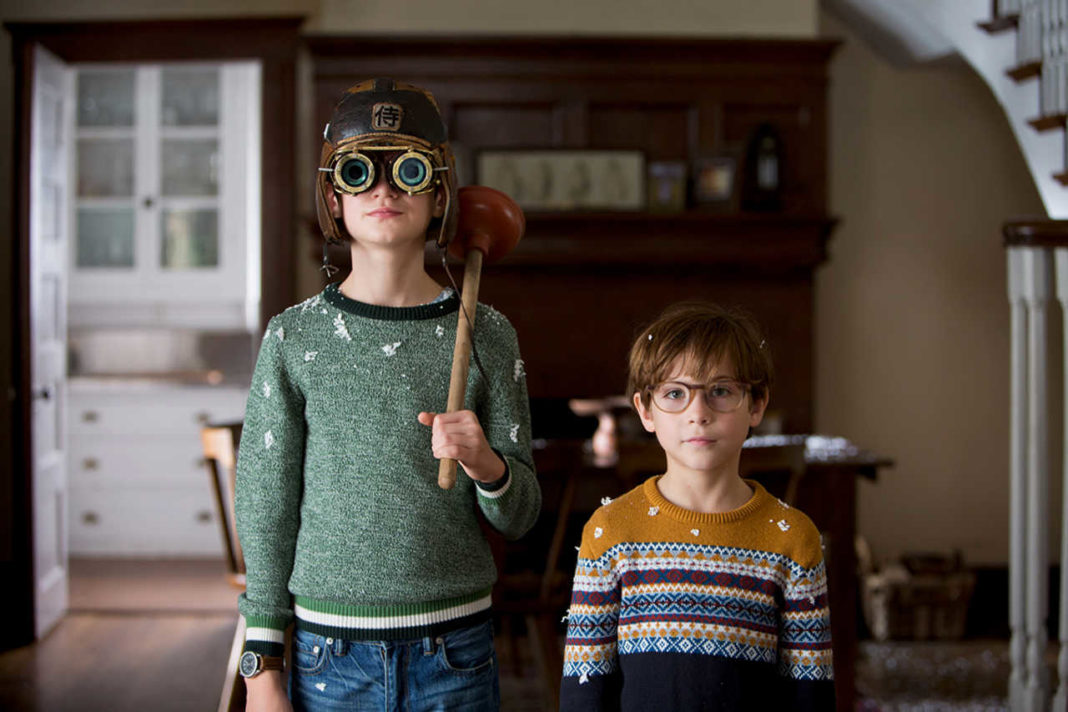 A messy and largely underwhelming story shot beautifully, The Book of Henry is a film unsure of its purpose or audience. It’s far too terrible to be good, yet not bad enough to be great. Likewise, it’s too dark for younger viewers, but purposely restrained with how dark it allows itself to become. It does stand out as one of the more original summer films thus far, just not one of the more entertaining.

Henry (Jaeden Lieberher) is a brilliant young boy whose unexplained intelligence has made him wise beyond his years. He excels in school and oversees all the bills and money handling for his single mother, Susan (Naomi Watts). He also watches out for his little brother, Peter (Jacob Tremblay).

In a world where everyone is always thinking about themselves, Henry is obsessed with the people around him. He doesn’t understand why people would allow bad things to happen, nor does he grasp why violence is often considered a negative response to criminal acts. His dialogue reads like that of a man five times his age, with quotable that will make philosophy majors groan, but it all comes crashing to a halt when it’s revealed Henry is not long for this Earth.

Before his time comes, Henry creates an elaborate plan to help a neighbor girl who has fallen victim to child abuse at the hands of her stepfather (Dean Norris). The details of the abuse are never revealed, but enough is said and shown for the audience to draw its own horrendous conclusion. Susan is at resistant to her dead son’s plans until she too witness the crimes being committed, and soon Henry’s final wish becomes an effort in vigilante justice for a grieving family.

To recap: Inexplicably intelligent tween boy uncovers sexual abuse and, shortly after learning they will soon die, conceives a plot for murder that he tasks his grieving mother with carrying out. Aside from the fact this makes the victim suffer for months longer than simply making the abuse known upon discovery, the film then takes its insanity to a new lever by having said grieving mother take up the son’s final request. She even learns how to shoot, not to mention clean and carry a high-powered rifle. This, in the same film where she is forced to learn how online banking works because her tween son who was also the financial planner for the family discovers and passes from late stage cancer.

The Book of Henry attempts to tell all of this and more in under two-hours, which in turn forces drastic tonal shifts that never allow for a single dramatic beat to land. It’s a mess of wonder, heartache, and vengeance that never adds up. It’s the kind of fantastic disaster whose insanity slowly reveals itself rather than giving it all away up front. To put into words the experience of watching it would never do justice to the feeling of complete surprise as a movie made by an entirely capable cast and crew comes of the rails in such gloriously trashy fashion you cannot help staring as the whole thing goes up in melodramatic flames.

Critics like myself love to claim that studios never give us anything original to look at, but I have to hand it to The Book of Henry for proving that complain to be false. In a summer bloated with familiar franchises and faces this film dares to give us a unique vision so haphazardly executed it will be studied an mocked for years to come. I imagine many a “trash movie” podcast will highlight the viewing experience in the months and years ahead as something of a slow motion car crash dripping with Hallmark Channel quality dramatics from Oscar quality talent. Even writing this now I’m still in disbelief at how bizarre and misshapen the whole thing is, but even with its unique weirdness I can’t in good sense urge anyone pay to see this film. Wait for streaming, and even then – don’t rush.