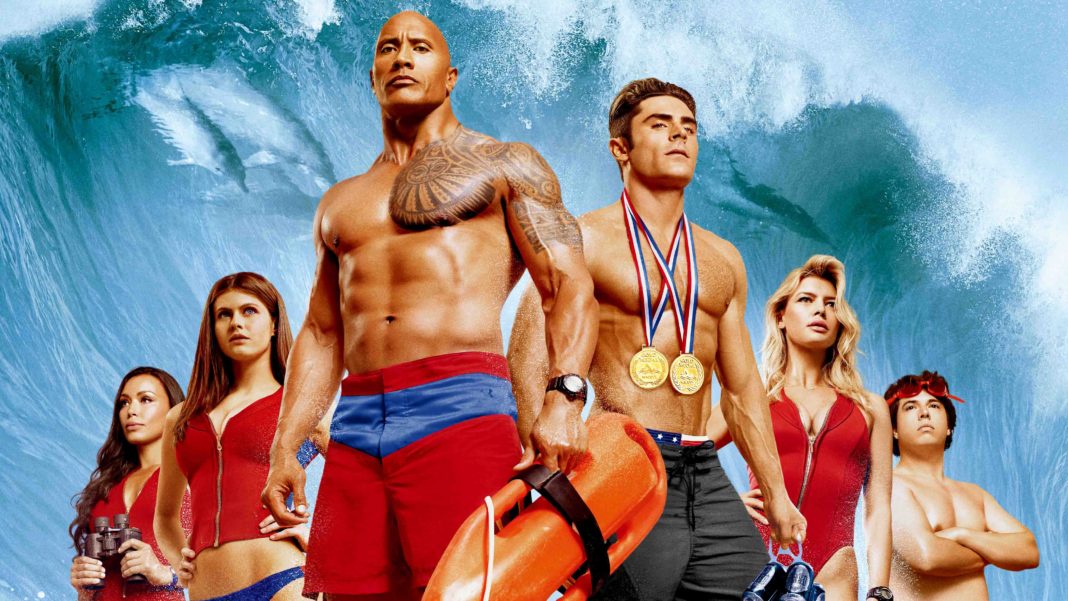 The existence of a Baywatch movie was inevitable. The recipe for success the property has followed from day one is tried and true, with just enough original silliness to set the brand apart from other procedurals of the same ilk: You take two hunks, three gorgeous women, and a lovable human punching bag type, add a plot about crime and sprinkle in just enough self-awareness to embrace the absurdity of the premise without delivering a full-blown parody. The results are decidedly mixed and the humor is wildly uneven, but if nothing else we have yet another reason to see Zac Efron appear shirtless on a screen larger than our living room for the better part of a two-hour film.

Dwayne Johnson stars as Mitch, an arguably perfect human being who runs leads the local Baywatch team in a no nonsense manner. He is the kindest, strongest, smartest, bravest, and most beloved person to seemingly ever exist in this universe. No one has an ill word to say about Mitch, nor does Mitch have anything negative to say in return, but his generosity is put to the test when he is forced to take on a new recruit with a troubled past.

Taking the role of the new recruit is Efron, who appears as the incredibly buff and unfathomably egotistical Matt Brody. His character has won two Olympic medals in swimming, but his love of partying and lack of respect for others lead him to vomit in the midst of a relay race for a third medal that should have been an easy win. The incident only further fueled Brody’s addiction to alcohol until he finally hit rock bottom, which came in the form of an arrest for a never defined crime that results in the community service sentence that places Brody on the Baywatch team. He doesn’t want to be there almost as much as Mitch does not want him there, but as tends to be the case in films like this the friction between them slowly transforms into something special.

Filling out the other lead roles are Johnson’s San Andreas co-star Alexandria Daddario, Chi-Raq knockout Ilfenesh Hadera, Broad City actress Kelly Rohrbach, and Loving actor Jon Bass. Of them, it is Rohrbach who shines brightest. She is the film’s answer to the series’ Pamela Anderson casting, only funnier, and her chemistry with Bass’ character creates some of the film’s most memorable moments.

The MacGuffin of a plot device that forces Mitch and Brody to work is an illicit party drug that begins appearing on the beach shortly after a mysterious owner (Priyanka Chopra) takes over a nearby club for local elites. We never see what the drugs do or understand how widely used they are, but they fill the role of ‘bad thing’ long enough for dead bodies to begin washing ashore. Brody insists the Baywatch team allow law enforcement to do their jobs, but Mitch and his team prefer to take matters into their own hands. Brody comes to feel the same in time, but to say anymore would be to spoil the film.

Those old enough to remember the original Baywatch will likely be the ones who get the most out the new movie. This is not due to continuity, though the film does go out of its way to connect the events of the film with the popular series from the early 1990s, but because all of its best comedy stems from a place of self-awareness that often borders on – and in some cases actually is – self-parody. The way the events unfold mirrors what would happen in the series, with what are essentially lifeguards taking it upon themselves to stop crime of all forms regardless of whether or not they have the jurisdiction to do so (they don’t). The new element in this mix is Brody, whose introduction to the group’s strange way of doing doubles as that of the moviegoing public who have no familiarity with the Baywatch brand. Brody questions everything his team members do, just as newcomers to the property are likely to do, and there is great humor to be found in the idea you just have to go with it.

Don’t let this talk of high brow humor fool you. All of the winking, self-referential humor is buried beneath a heaping portion of dick jokes, humor involving bodily fluids, and a nearly nonstop string of profane insults. Baywatch is the kind of movie where the momentum of the film grinds to a complete halt less than fifteen minutes into the story for an extended gag involving a person who gets their genitals stuck in a wooden beach chair. The film stops for jokes like this several times throughout the film, including one scene involving a plotless celebrity cameo, and while some of it is good it also stretches the runtime to the two-hour mark. You could remove most, if not all of the most outrageous jokes and place them in virtually any other film to the same effect. Perhaps more importantly, doing so would also result in a tighter, perhaps far more engaging cut of this film.

By gutting Baywatch off all pointless asides you could create a 90-minute, largely faithful adaptation of the original hit series, but sticking to the IP rulebook is clearly not a concern with this feature. What we have instead is a scattershot attempt to appeal to the largest demographic possible at the cost of depth, story, and character development. Everything on screen might as well be two-dimensional because not a single person, place, or thing has a story to go with their existence. It all boils down to one or two word descriptions of tired tropes the world of R-rated comedy has been leaning on since the 1980s. Some are utilized to great effect, while others fall flat, but even at its best and brightest Baywatch still feels like something you don’t need to rush out and see. If you catch it on Netflix two years from now, give it a watch, but if you set your expectations high you are going to be disappointed. 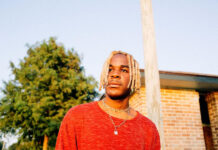 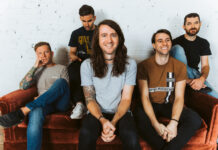 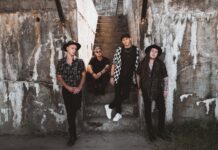