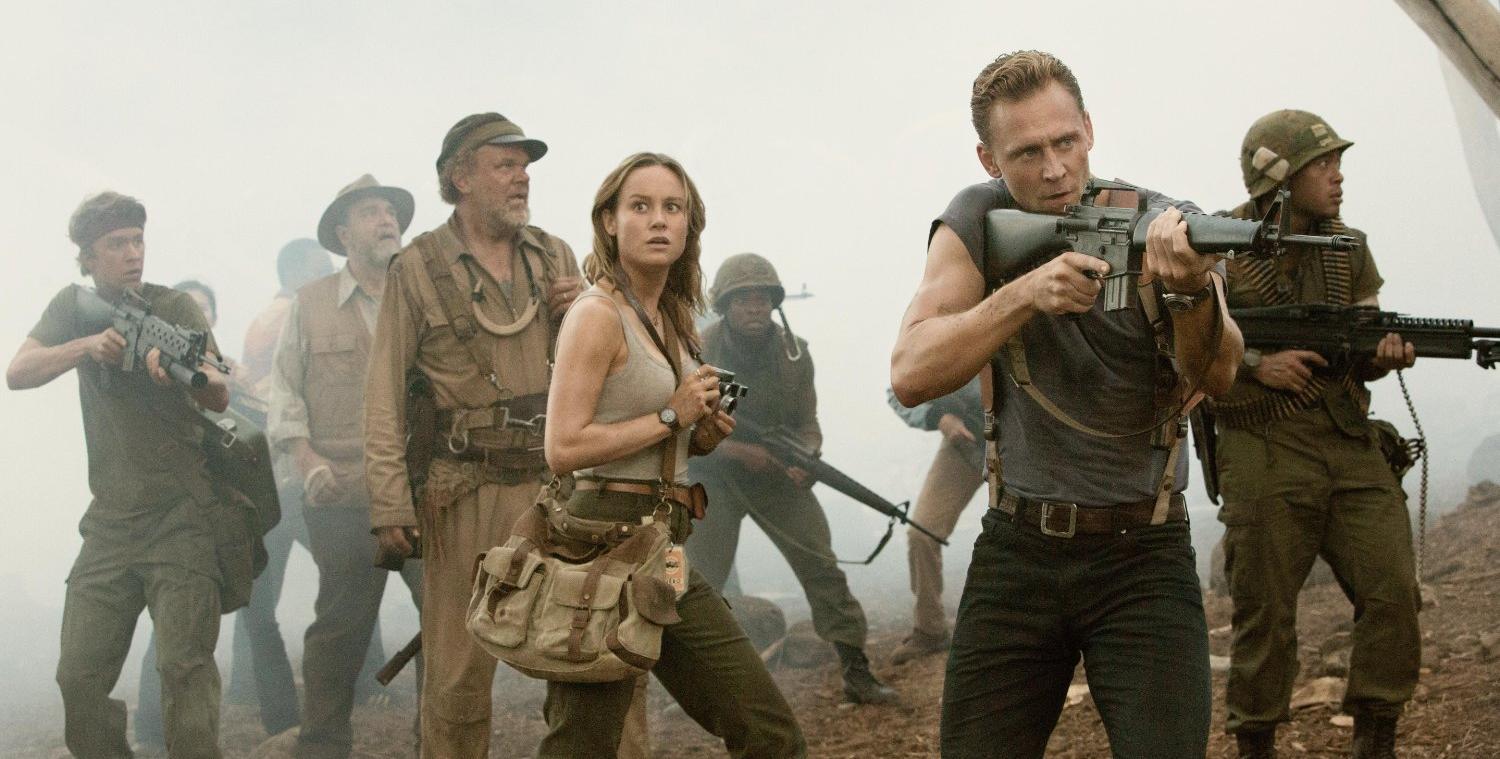 Kong: Skull Island is the monster movie you have spent your entire life wanting to see. A non-stop thrill ride from the opening moments, this blockbuster creature feature boasts an incredible cast, unbelievable CGI, and further proof that filmmaker Jordan Vogt-Roberts is a master craftsman in the making. The only thing it really lacks is emotional depth, but you might not notice on account of how much eye candy fills every frame.

At the end of the Vietnam War in 1973 a former British Special Air Service Captain named James Conrad (Tom Hiddleston) is hired by US government agent Bill Randa (John Goodman) to guide an expedition to map out a mysterious, uncharted island. Joining the pair are two of Randa’s assistants, a war photographer (Brie Larson), and a sizable military escort lead by Lieutenant Colonel Preston Packard (Samuel L. Jackson). Randa and his team claim they wish to study the island by dropping seismic charges that will help them better understand the landscape, but in reality they are hoping to discover the truth as to whether or not monsters are real.

Read more: Brimstone makes up for lack of character with a wealth of intrigue

It does not take long for Randa and the poor souls accompanying him to find the answer they seek. Skull Island, named for the way the land appears on satellite images, is home to numerous creatures that have never been seen by modern man. The most notable of these beasts is Kong, a skyscraper-tall primordial being who watches over the land. Kong does not take too kindly to the explosives being dropped by Randa’s crew, which he makes clear by killing at least half of the people on the expedition before a single one actually touches the ground.

With days and many miles to go before rescue arrives, Randa and the remaining members of the expedition must journey across the island while doing their best to avoid the numerous predators that roam the land. Conrad seeks to keep everyone alive, but Packard and his soldiers desire revenge. These two opposing goals keep tensions among the surviving characters high throughout the film, forcing audiences to choose a side. Do we accept that Kong was protecting his land, or do we avenge those he killed? Can the characters of Skull Island do both without accepting any blame for the events that transpired? After all, this is Kong’s island. Everyone we follow is just a visitor.

Filmmaker Jordan Vogt-Roberts made his debut in the world of cinema with 2013’s Kings of Summer, a rather straightforward coming of age story set in rural America. Skull Island is his first feature since that film’s release, and the evolution of his talent as a storyteller cannot be overstated. Here he is tasked with not only balancing the motivations of more than a dozen characters, but doing so while also introducing several new creatures, exploring an unfamiliar landscape, and delivering a new action beat every five to ten minutes. These demands force the film to move quickly at all times, often at the expense of establishing any real sense of depth, but it is hard to concern yourself with such things when danger lies around every corner.

Read more: The Great Wall is more fascinating for what it is than what it shows

That said, it is surprising that Skull Island recruits such a notable cast for roles that could have easily been filled by lesser, possibly far more affordable talent. In addition to Hiddleston, Goodman, Larson, and Jackson, the film also features turns from Thomas Mann, Corey Hawkins, Shea Whigham, Marc Evan Jackson, and John C. Reilly who – as per usual – steals every scene. Together this group of talent makes for one of the most powerful action ensembles of all-time, even if there presence is not necessarily needed to adequately tell the story at hand.

There will no doubt be naysayers who slam Kong: Skull Island for choosing to focus on action over substance, but anyone familiar with the history of monster films will recognize that decision has been what made this genre great since the release of the original King Kong way back in 1933. Skull Island is cinematic escapism at its most pure, granting audiences around the world a brief break from the chaos that is filling our 24/7 news cycle, and thanks to a clever post-credits sequence we can rest assured more films like it will be making their way to the big screen in the years ahead (a Godzilla sequel is already planned for 2019, followed by Godzilla Vs. King Kong in 2020).