PHOTOS/REVIEW: The Ghost Inside Are Brought Back to Life At the Palladium Outdoors In Massachusetts 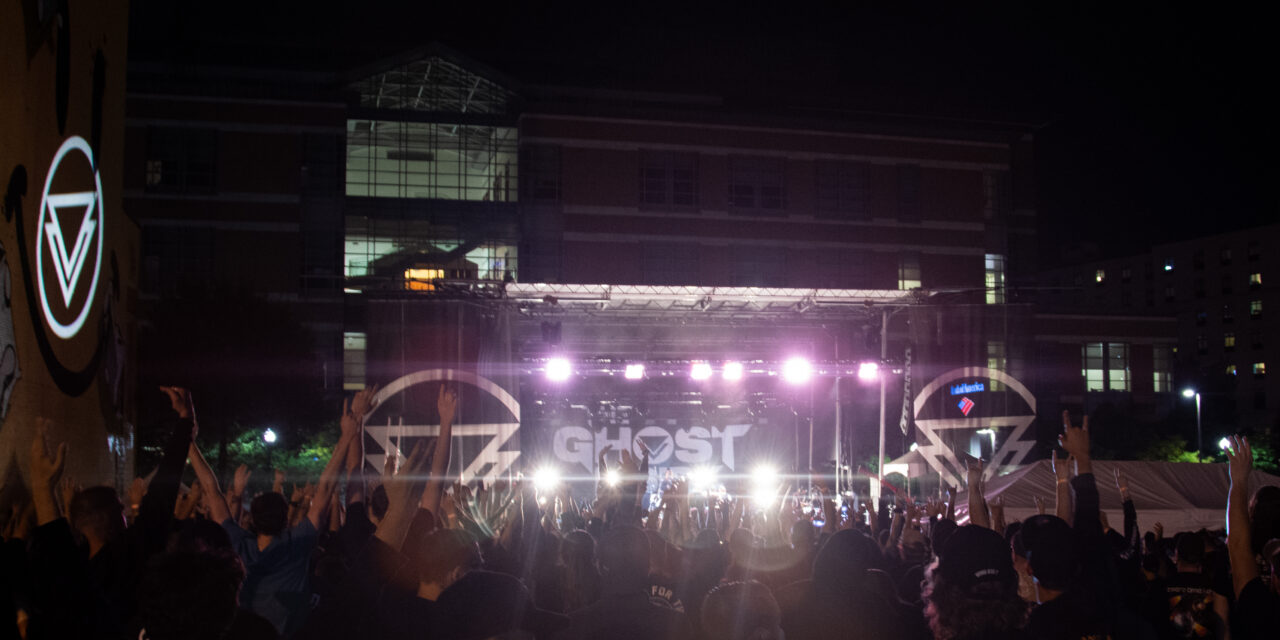 It honestly didn’t feel like this would ever happen.

It’s December 2019.
I’m home in New York, leaving the second night of State Champs’ annual Frozen Fest.
The holidays are coming up, shows are about to slow down a bit for the end of the year like they always do; I’m expecting a pause.
I have things to work on. I updated my calendar through the rest of winter and for the start of spring. There are plans being made.
Stuff is good, stuff is normal.

Fast-forward to August 2020.
I’m still home in New York. I have been nowhere in months.
Earlier that spring, my siblings and I had planned to see Fall Out Boy^ in Massachusetts on my 29th birthday. It has since been, along with everything for the previous and following 5+ months, postponed/delayed/canceled.
Stuff is… less good. “The new normal” sucks.

But now, exactly a year later, I’m in Massachusetts.
After 617 days without a show, I have my camera bag and a pass, and I’m sitting in a photo pit. I just turned 30 amid a pandemic that half of the people around me say is over.
I’m a nervous wreck to be shooting again.
And yet, for the first time in a long time, stuff feels good.
Things kinda feel normal.

Early in the night, before anyone had even started playing, there was an extra feeling of eagerness in the air. There was finally about to be live music. People were together again. I watched a grown man walk through the gates and weep when he saw the waiting crowd.

Great American Ghost was tasked with the heavy role of opener for not only the show, but the first outdoor show booked* (a Bright Eyes show in July had been moved outdoors) here since things reopened. A long-awaited comeback that had already been delayed further. It seemed like a lot was riding on it, and they delivered.

The outdoor stage proved useful – rather than waiting outside and hearing a muffled performance through the doors, those waiting in line could get a clear preview, while those inside got their feet moving and blood pumping. It was a tall order to set the pace for the night, but one that they managed honorably. 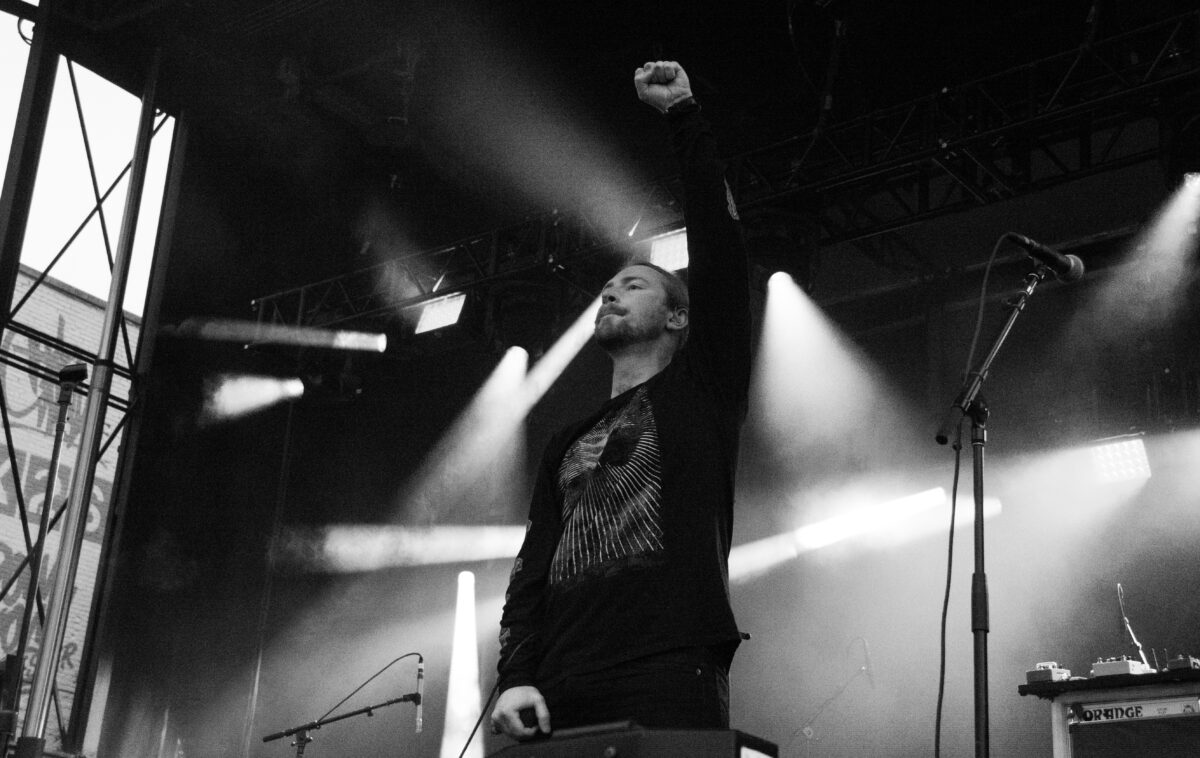 Without belittling what Great American Ghost did, there was still a noticeable leap forward when Currents took the stage next.
Maybe it was my being closer when they took the stage. Maybe they carry a bigger following. Perhaps a bit of both. With each band that finished, it was one less to go before The Ghost Inside took the stage. I’m not much of a betting man, If I had to, I’d wager that as the main reason for the shift. Nothing was going to put a damper on that.

Except within five minutes of the end of their set, in pure “New England outdoor summer concert” fashion, it rained.
A lot.

Before The Acacia Strain came out, the clouds opened up, and we got hit pretty hard. When they were given the go-ahead, they wasted no time diving into a nearly uninterrupted set.
Around midway through, vocalist Vincent Bennett cashed in on the moments that weren’t used between songs.
After months and months of worry and negativity and solitude, he delivered a lengthy plea of positivity;

“This is my favorite thing to do in the world. This is all I have. This is all I love. And I didn’t know if I would ever get to do it again. For so long, we’ve been waiting. You need something to look forward to.” Bennett continued, “you need a reason to wake up every day. It doesn’t need to be something this big, but it always needs to be something. It can be a TV show. It can be a letter coming in the mail. It can be as small as thinking about your fucking cup of coffee tomorrow before you go to bed. You just need something. Just keep looking forward.”

This lasted for a few minutes, and with each sentence, the cheers grew even louder. I may not have the words 100% correct. Hearing this level of encouragement and unity after so much separation drew a level of emotion from the crowd that I haven’t ever experienced at a show before. It was a moment of personal worth and individual purpose shared by a couple of thousand people. 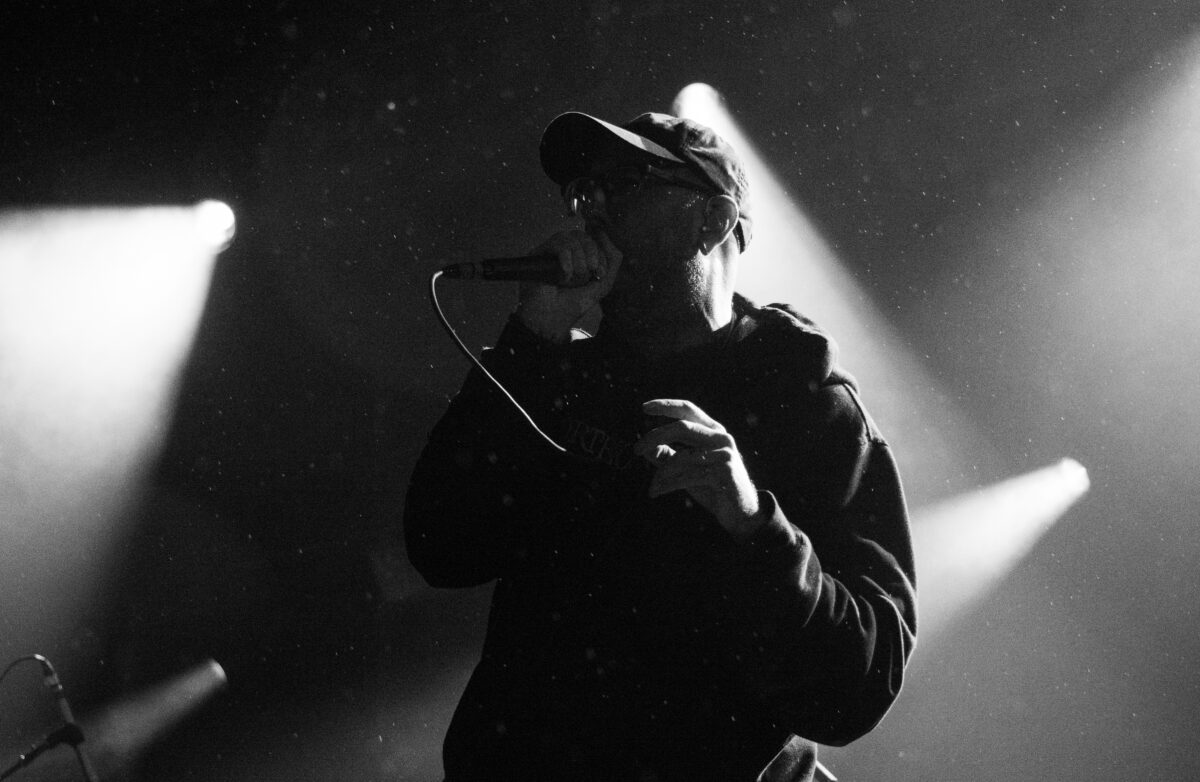 Things dried out towards the end of The Acacia Strain’s time. Every Time I Die put a quick end to that, stirring the massive crowd into a whirlpool of sweat and aggression right away. I’ve seen ETID probably a half-dozen times over the years. Within those times, I’ve never seen them bring anything less than a 13 out of 10. This night was no different. Where some bands often have introduction segments or ease into things, the Buffalo five-piece practically rushed the stage with the pedal to the floor.

People who hadn’t seen them before may have thought they were sprinting out of worry that their set would be trimmed because of the rain delay. Any veteran fan would know that it was a classic, vintage ETID – loud, fast, unapologetic, and worthy of the reputation. If there is a band out there that can match their ferocity, I’ve yet to see it. 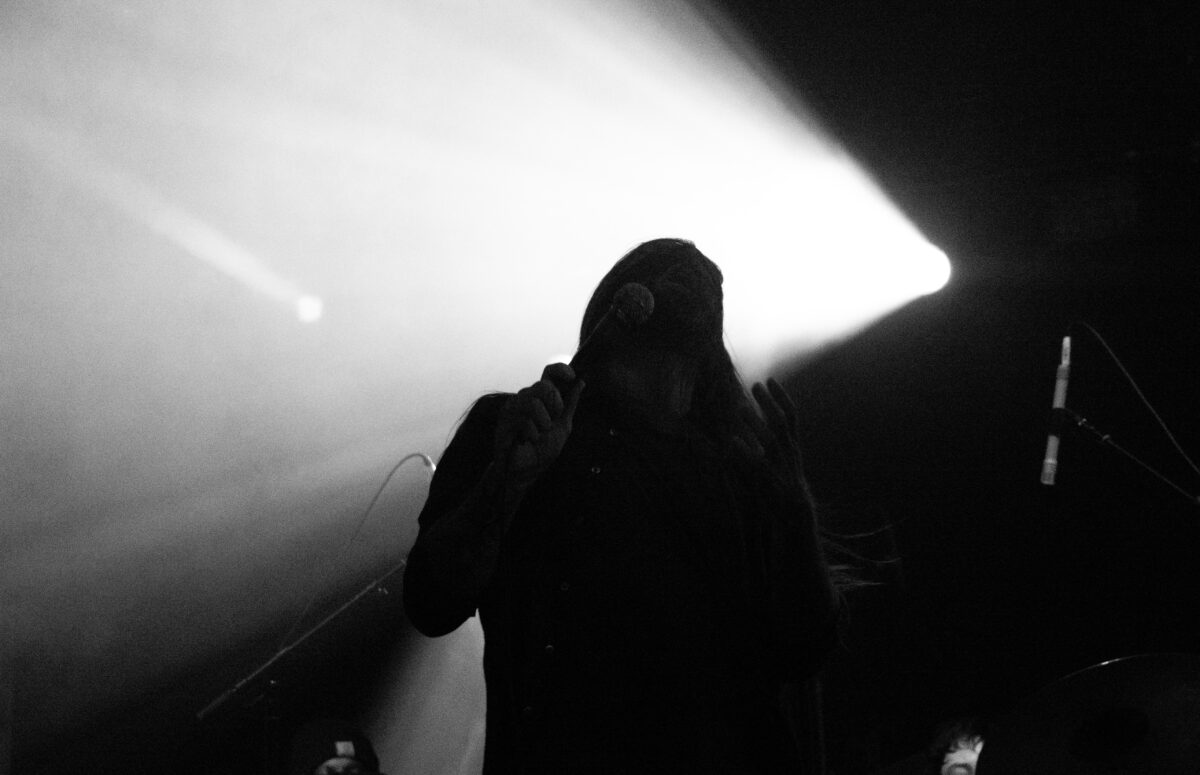 The twenty minutes following Every Time I Die genuinely felt like they would never end.
During the blackout, a canvas with The Ghost Inside’s double-triangle logo was spread across the stage. It pulsated in the wind as lights flashed behind it. They illuminated the same logo on the wall to the left of the stage. Every minute felt like five.
Eventually, finally, the lights fell dark.
After 3+ years away, with another force afterward, The Ghost Inside was back. 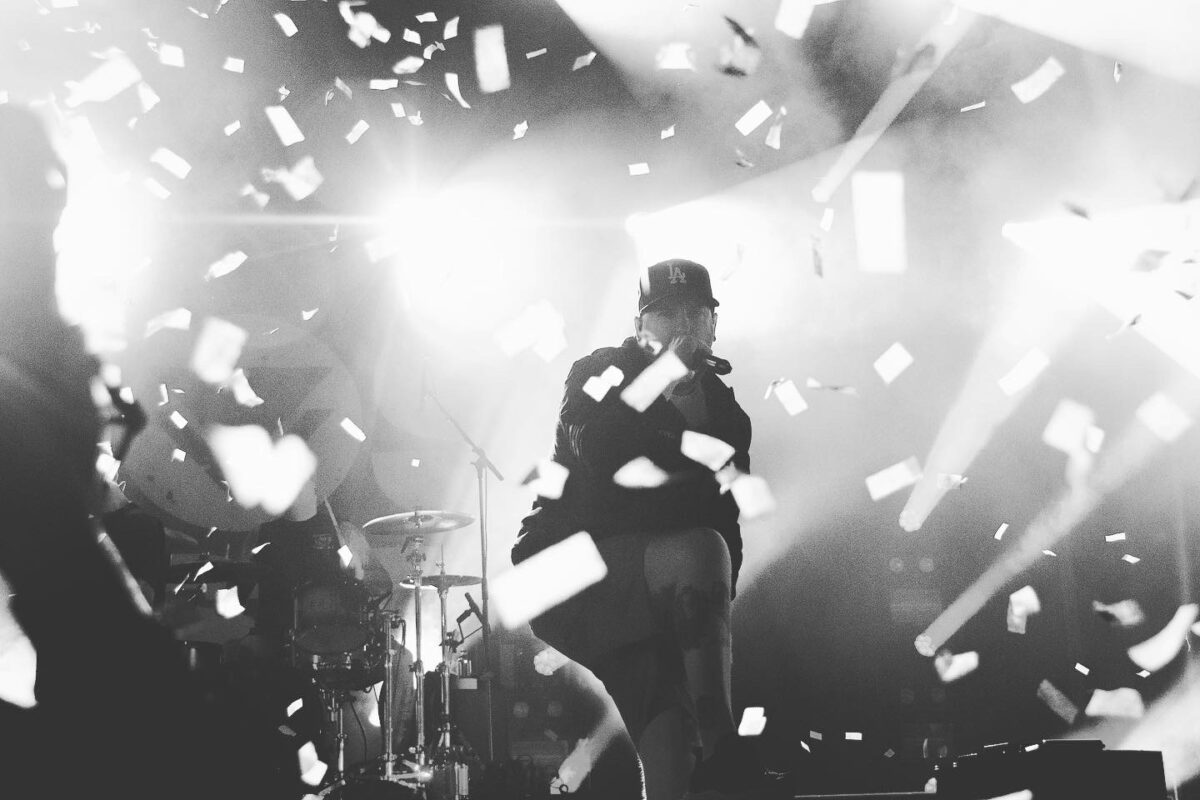 Beginning the show the same way they began their return, they launched into “1333,” “Still Alive,” and “The Outcast.” The banner dropped from the front of the stage, and cannons launched confetti into the air.
They took their first pause here before kicking off into ‘The Great Unknown.’ The audience hardly quieted down enough for the band to address them and welcome everyone back.

To pull highlights from the set feels superfluous. If there was a lull, it was a flicker. Pyrotechnics during ‘Mercy”’ and ‘Out of Control’ drew extra roars and cheers. Lead singer Johnathan Vigil joked that they’ve been away so long that he forgot when the cues were. He thanked the pyro tech for not setting him on fire. The already huge choruses on “Move Me” and “Out of Control” were magnified even greater. Thousands of fans pumped their fists in unison. 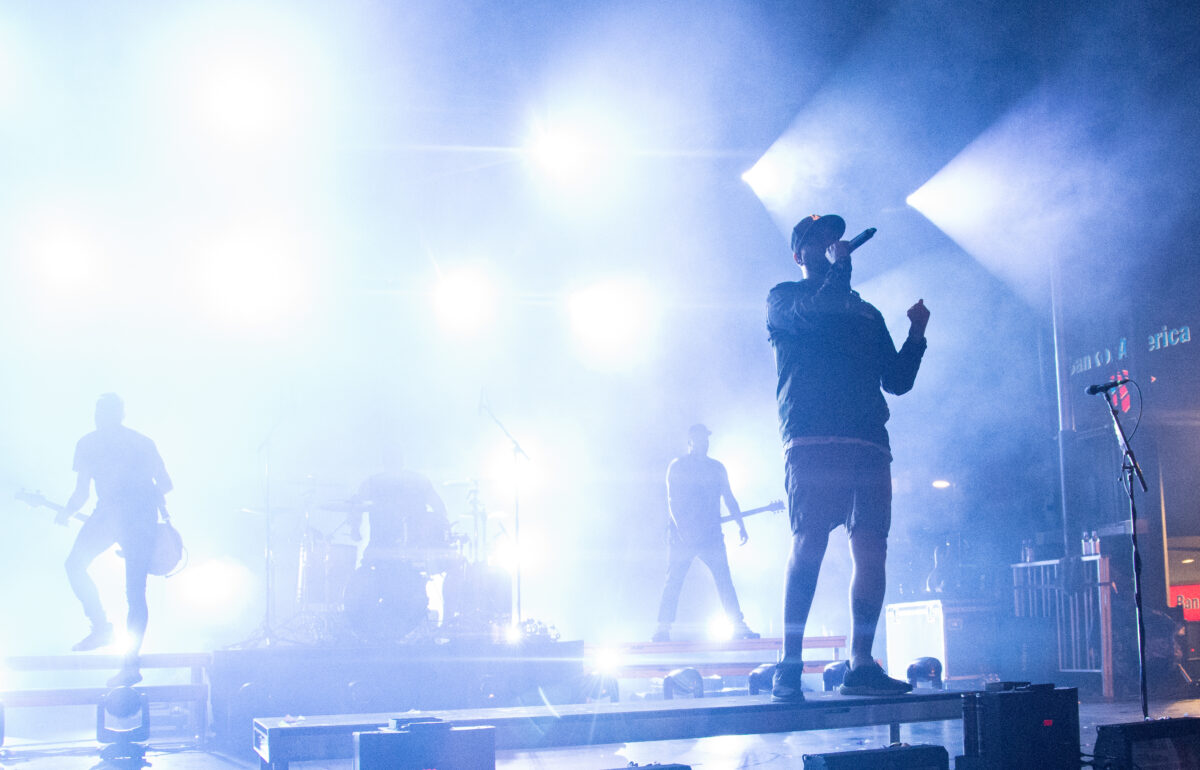 For all the excitement surrounding their return, it would have been a disservice to the group’s fortitude had they not acknowledged what it took to get back to that point. Nearer to the end of the night, they took a chance to show their gratitude to the fans. They discussed their accident and the work they put in to make it back. However, they didn’t make it the focus of the night. As they urge on ‘Pressure Point,’ “you can accept where you’ve come from and what you’ve gone/through while refusing to be defined by suffering.”

Vigil repeated how thankful they were to not only be back, but to be welcomed back by a crowd this size. I have no doubts that a fan base as loyal as theirs would have waited as long as they needed. But with so many hurdles and so much uncertainty throughout their recovery and return, I understand how that nagging doubt may have stuck around.

“TGI are back,” he shouted. “Spread the word.”
Man, was it worth the wait. 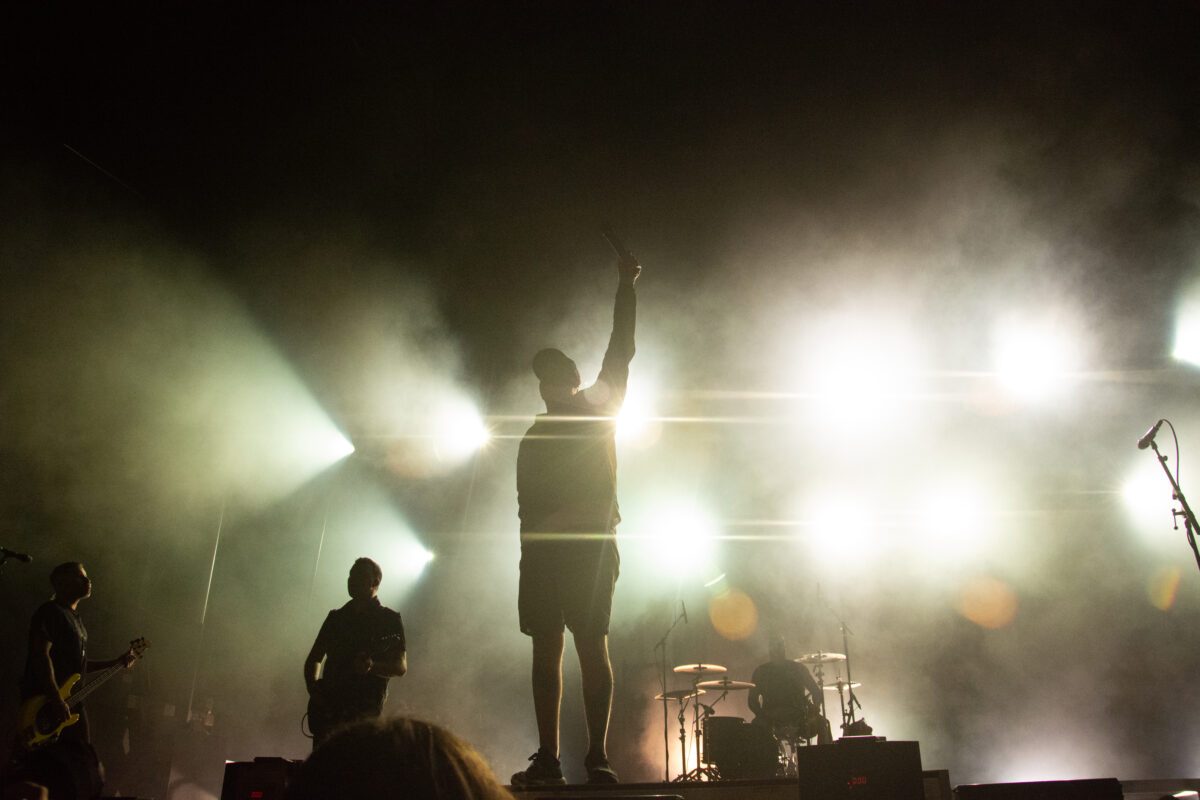 Similar to my final Warped Tour piece, this one really took a lot to get through. For a couple of reasons;
One: it’s been a year and a half, I had to remember how to do this.
Two: this is my third shot at this because I lost saved copies of half-finished versions of this twice.
Lastly, (and I guess the simplest of reasons) there was just so much. A stacked lineup, with each band saying it was the biggest crowd they had ever played for. An atmosphere unlike any other that (god I hope) we won’t experience again. Each of them putting on their best performance that I had seen them put on.

Everything came together for a night like nothing else.
Everything that preceded it made for one of the most memorable nights I’ve ever had at a concert. I wouldn’t have changed a thing.

I hope we never have to go through anything like it again.

^ just a quick side note here: we did end up going to the rescheduled Hella Mega Tour date at Fenway which, two days beforehand, Fall Out Boy dropped out due to a positive COVID test on their team.
But two weeks after that, I drove to Philadelphia for it, and they did play that night. So, third time’s a charm. 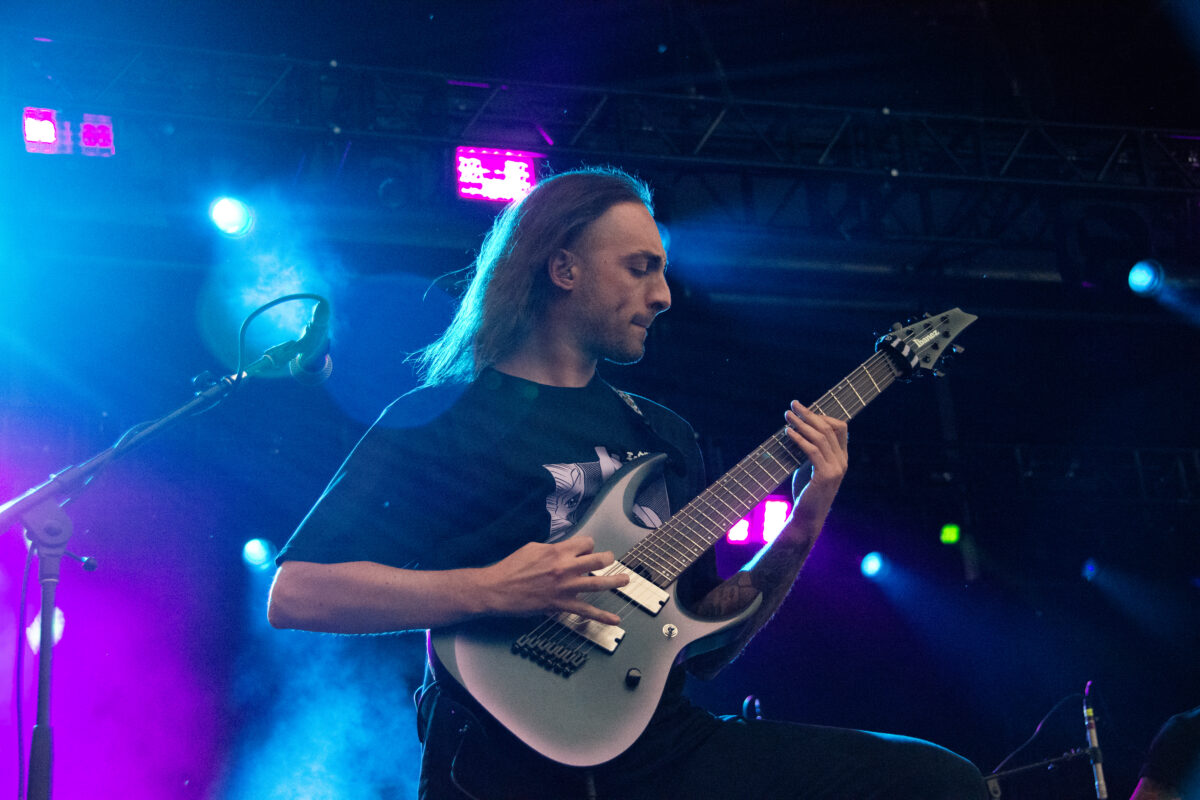 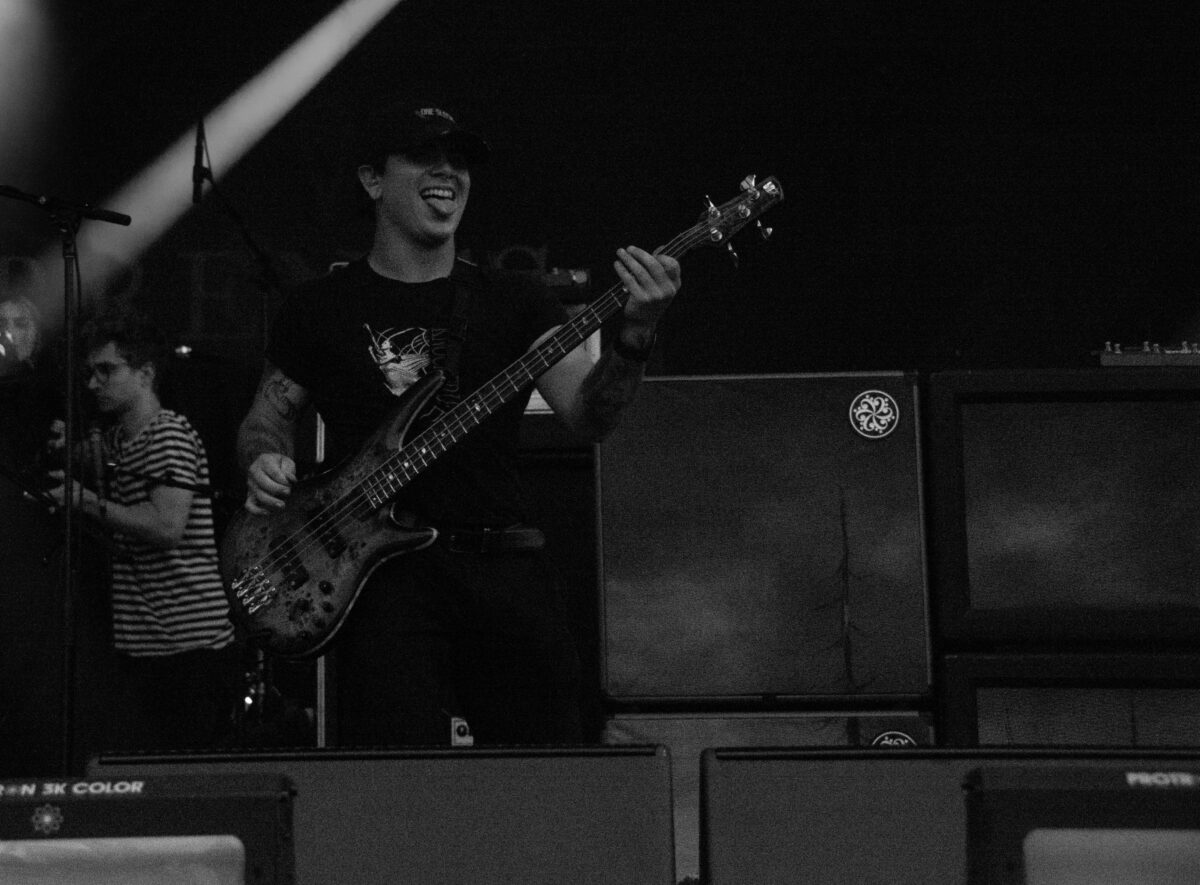 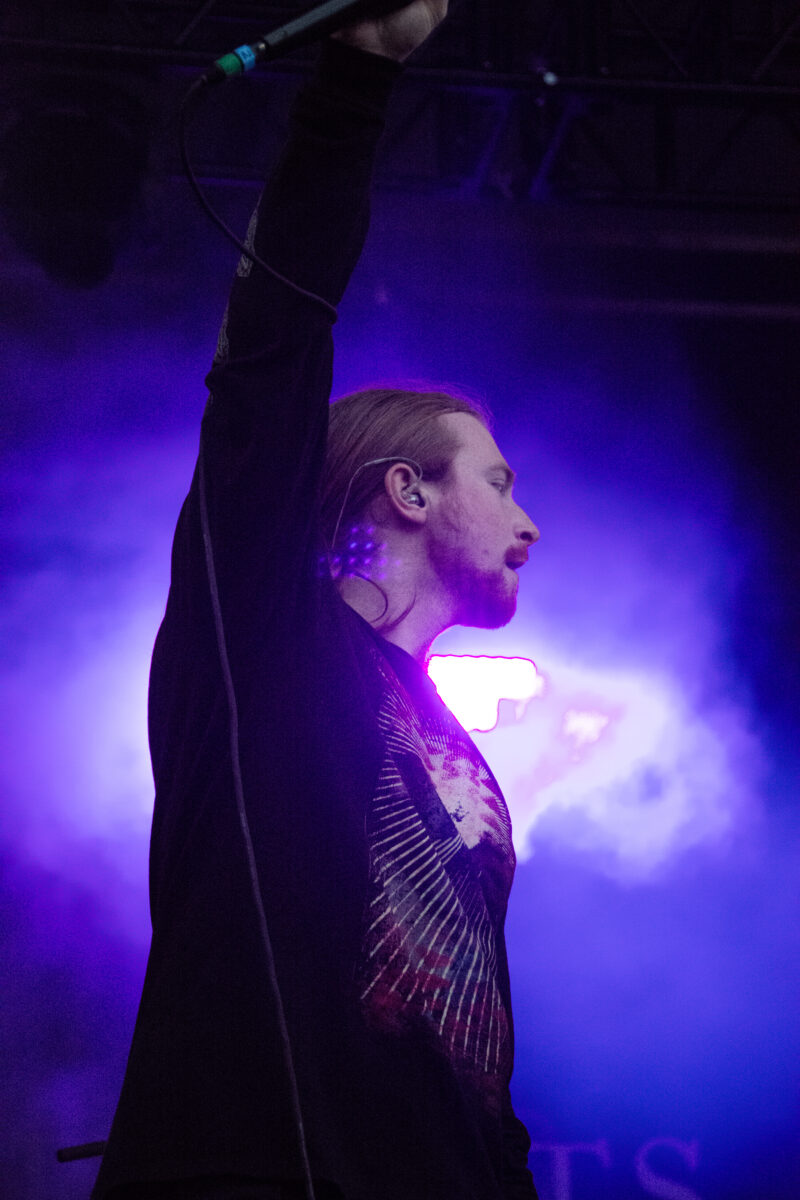 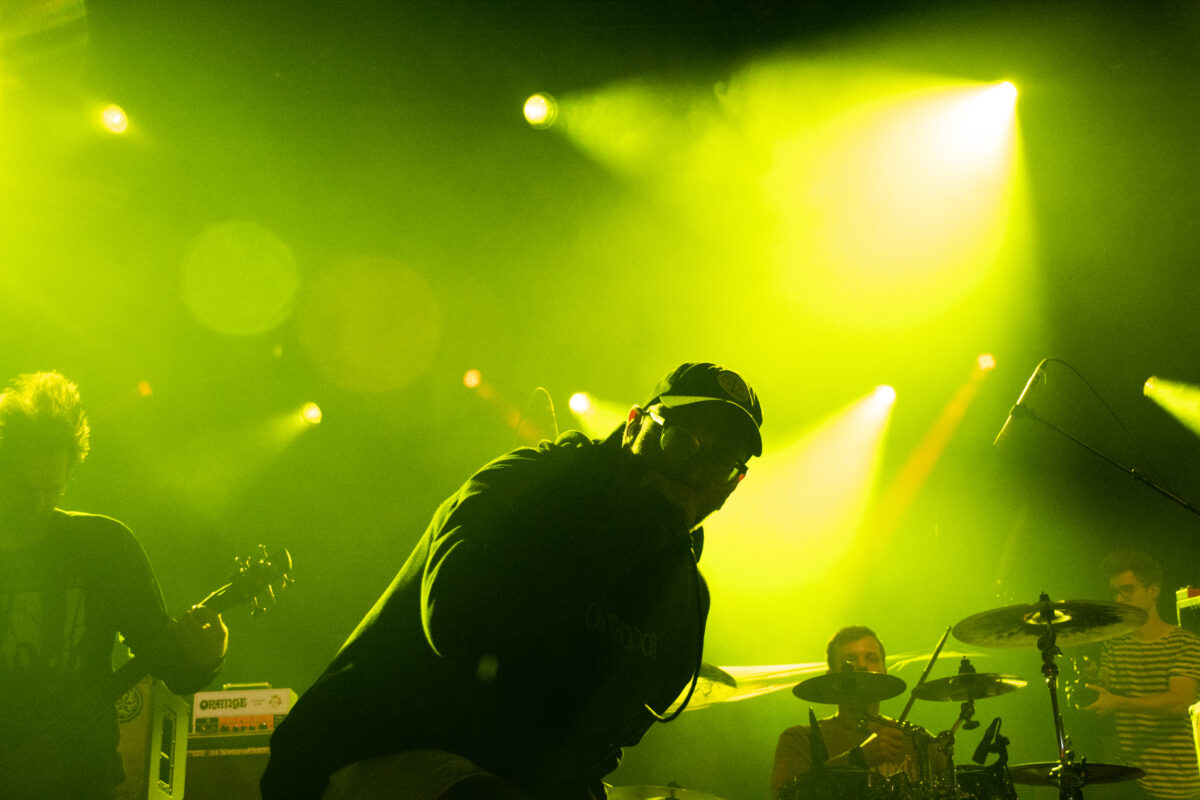 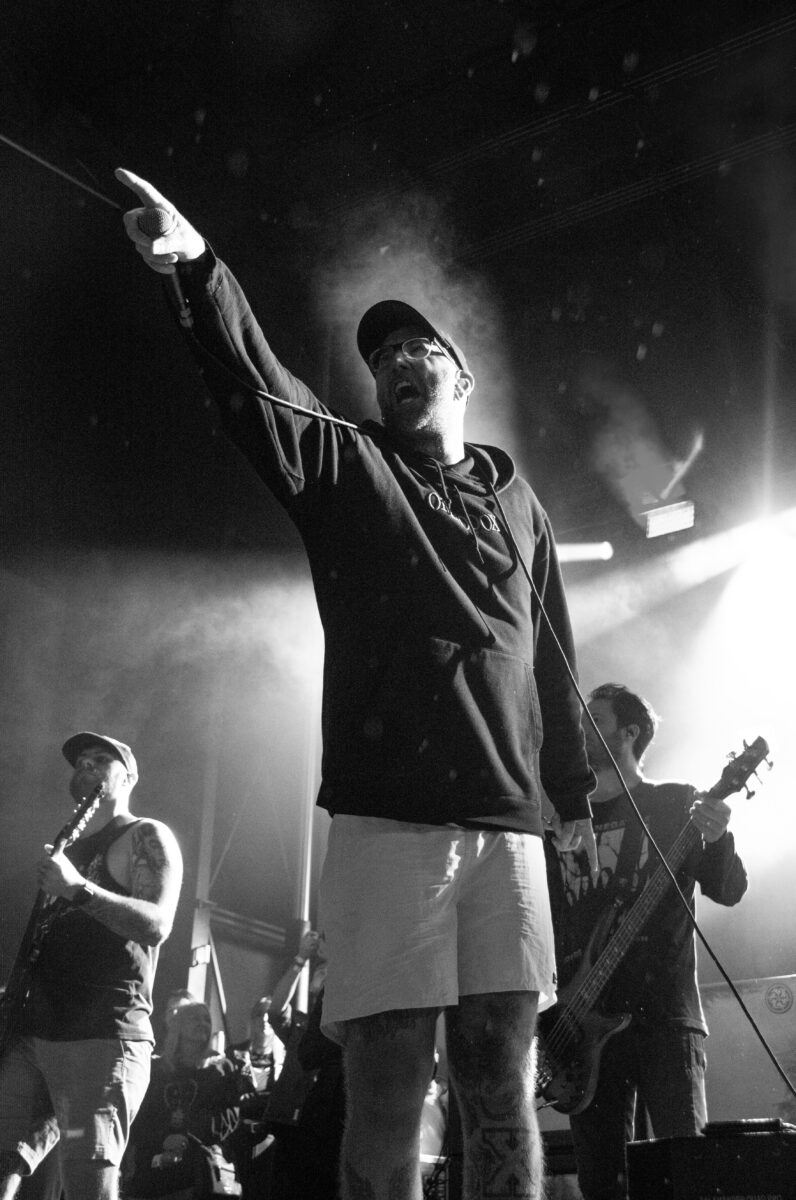 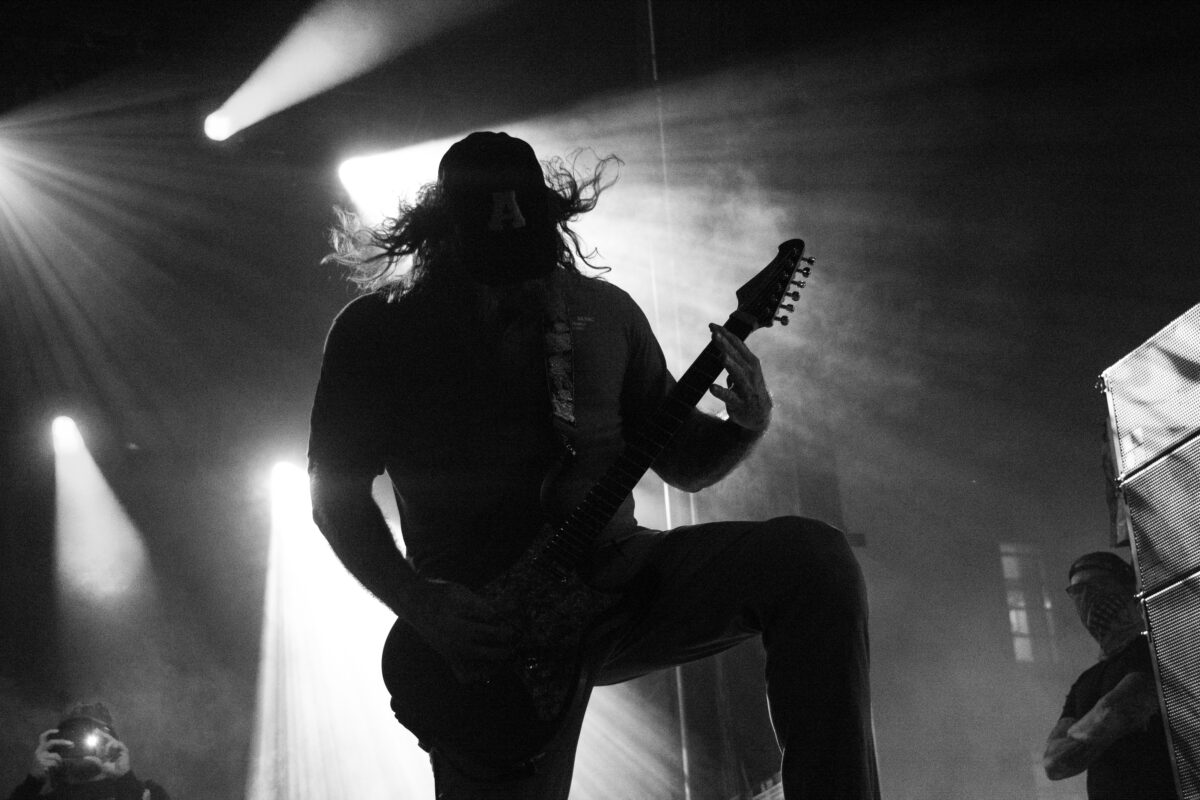 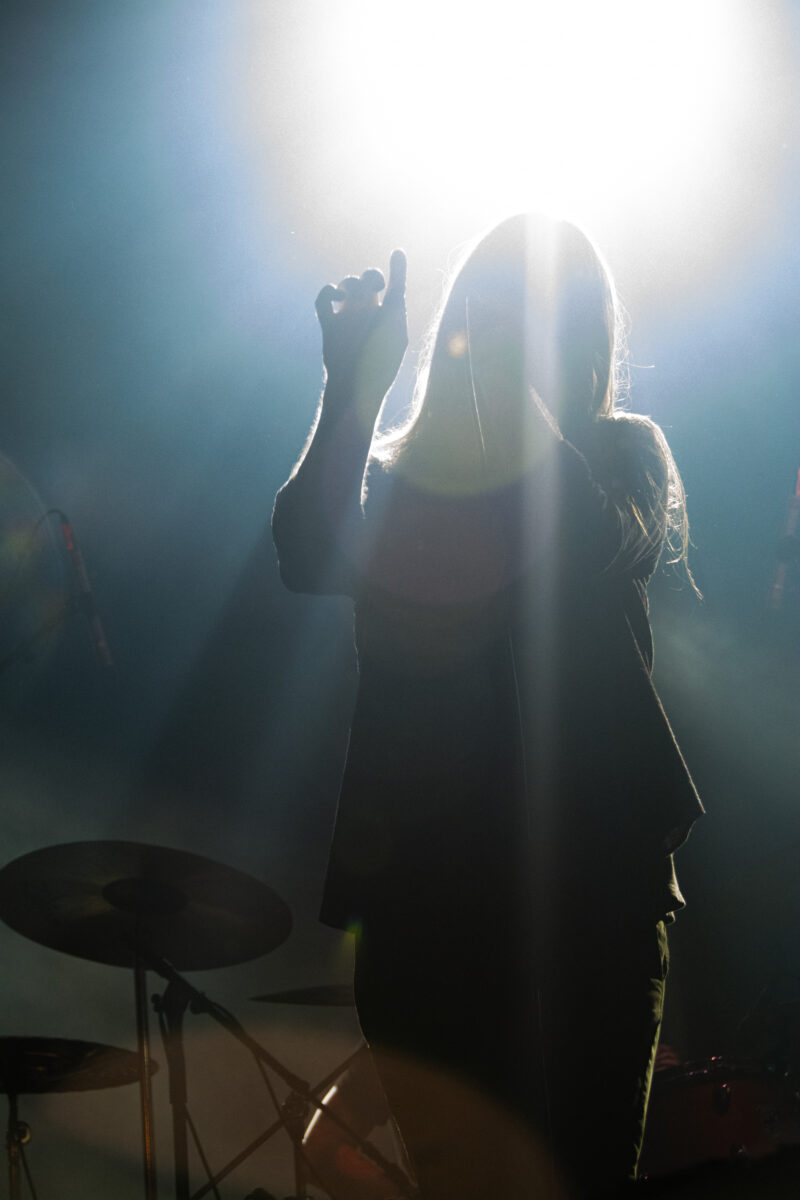 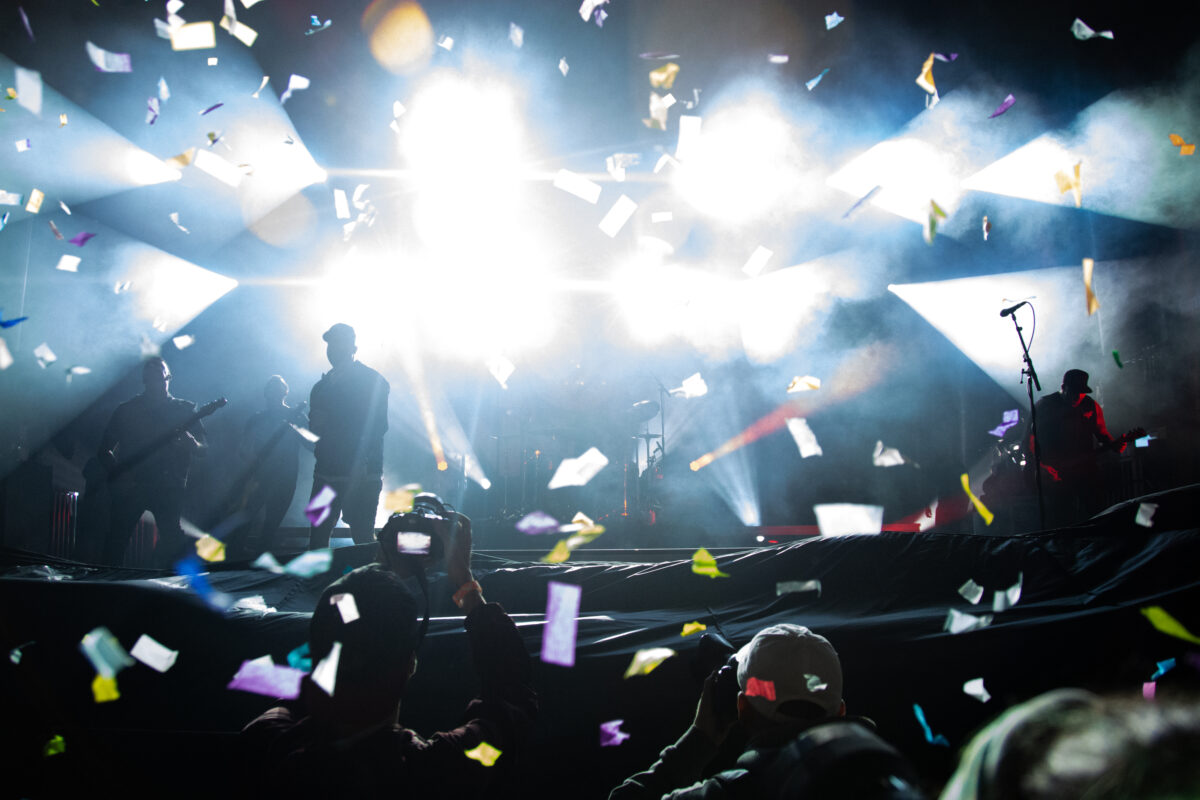 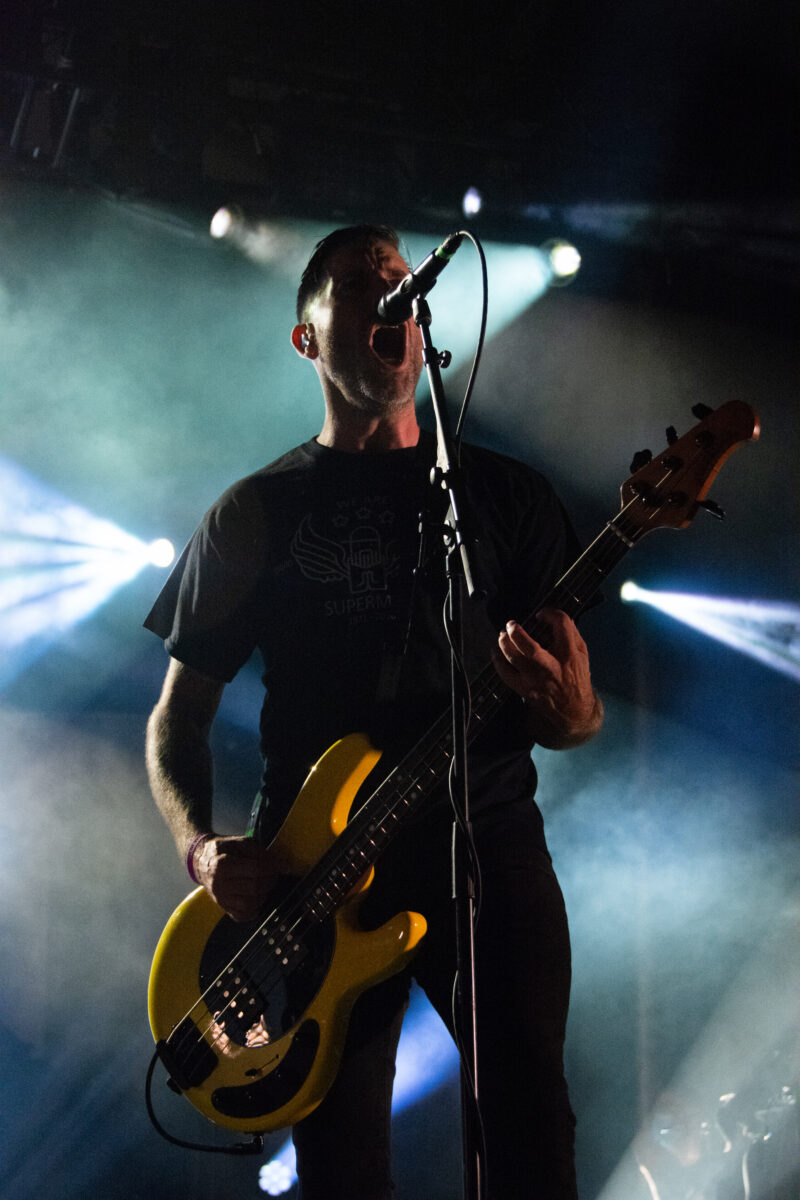 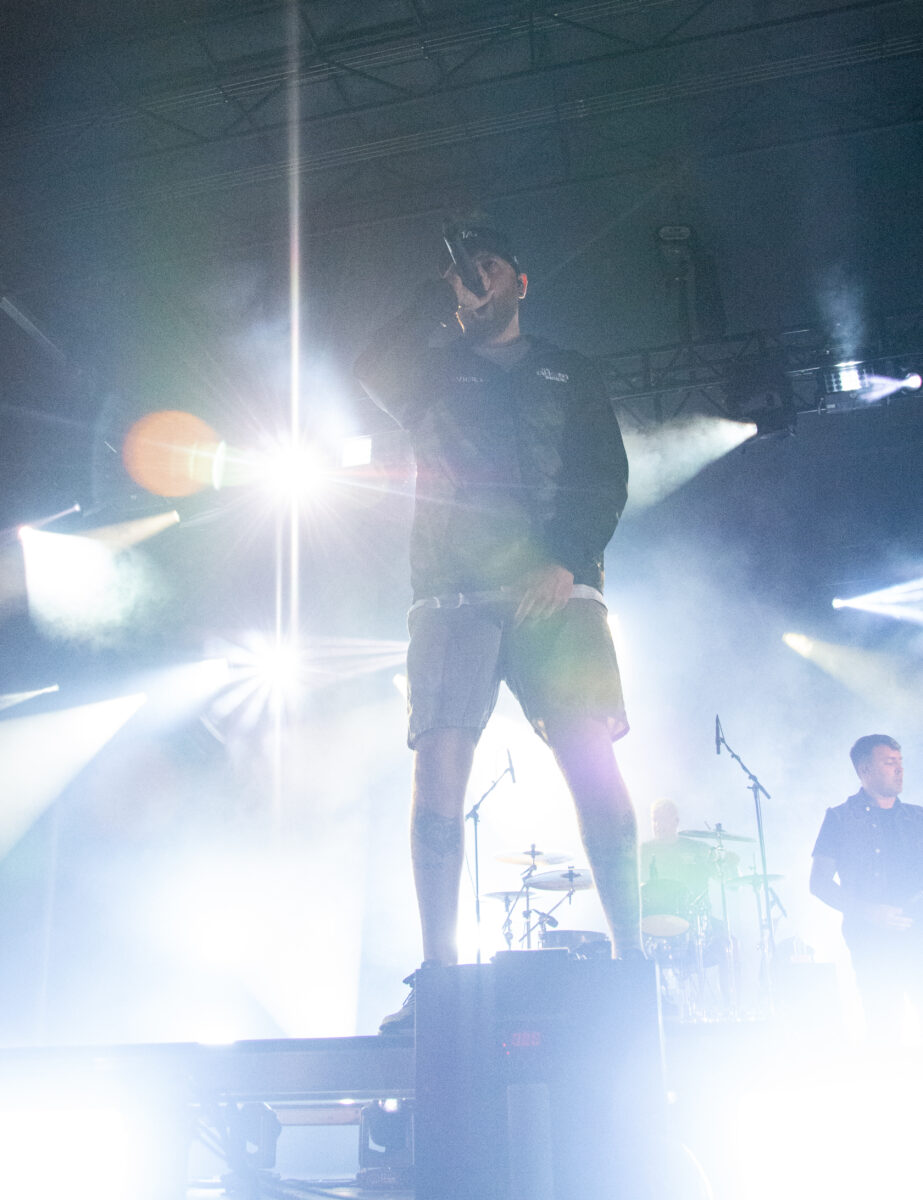 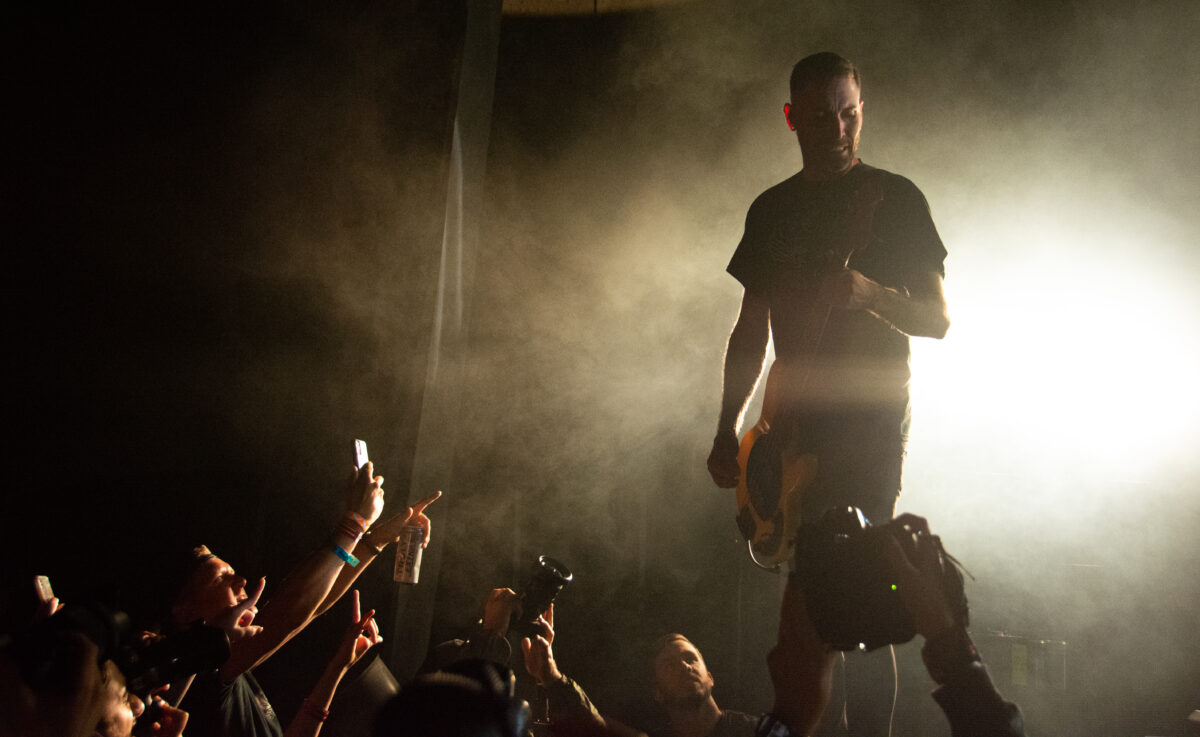 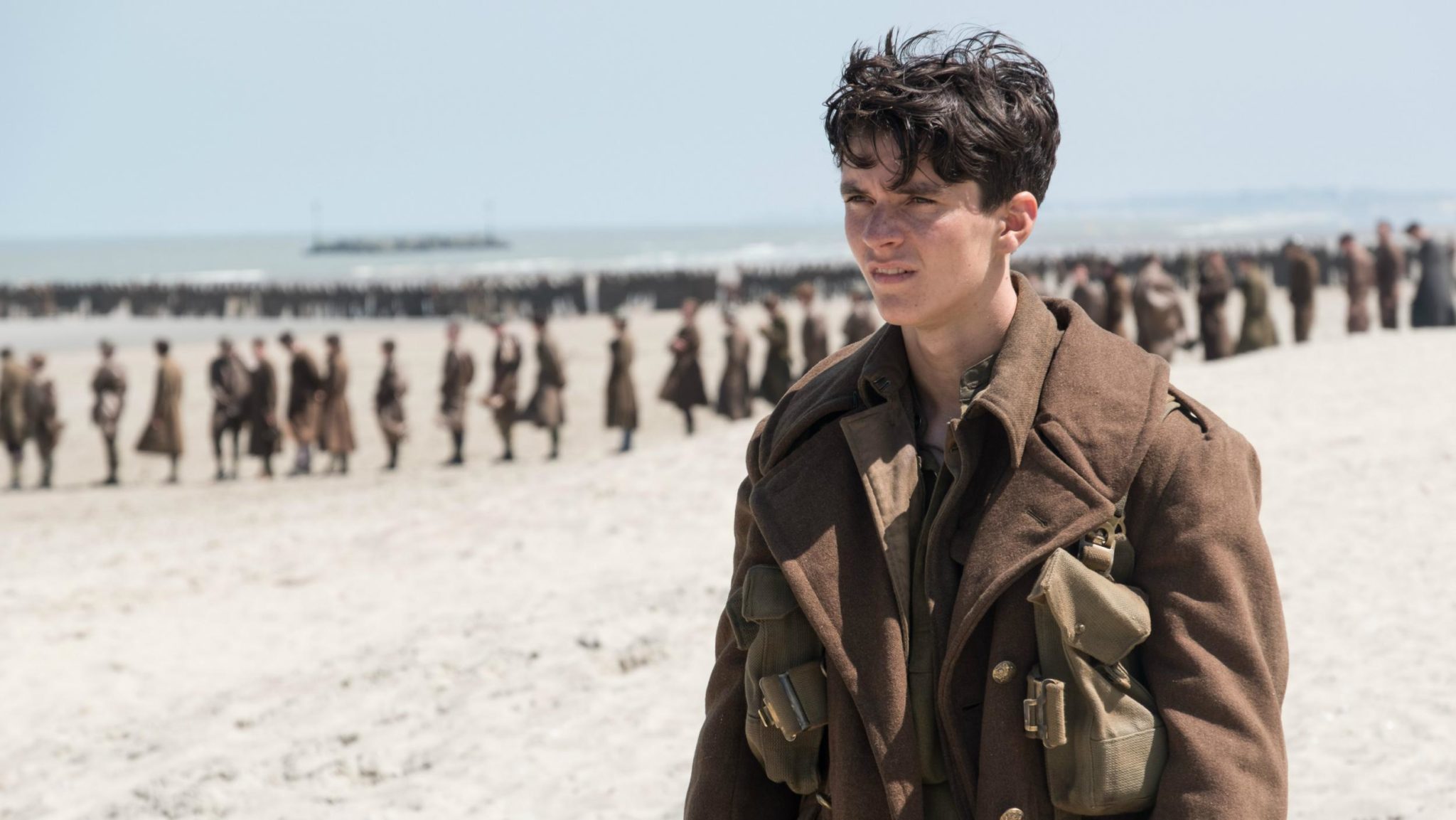 Let’s Get Physical: The best DVD and Blu-ray releases of December 19, 2017 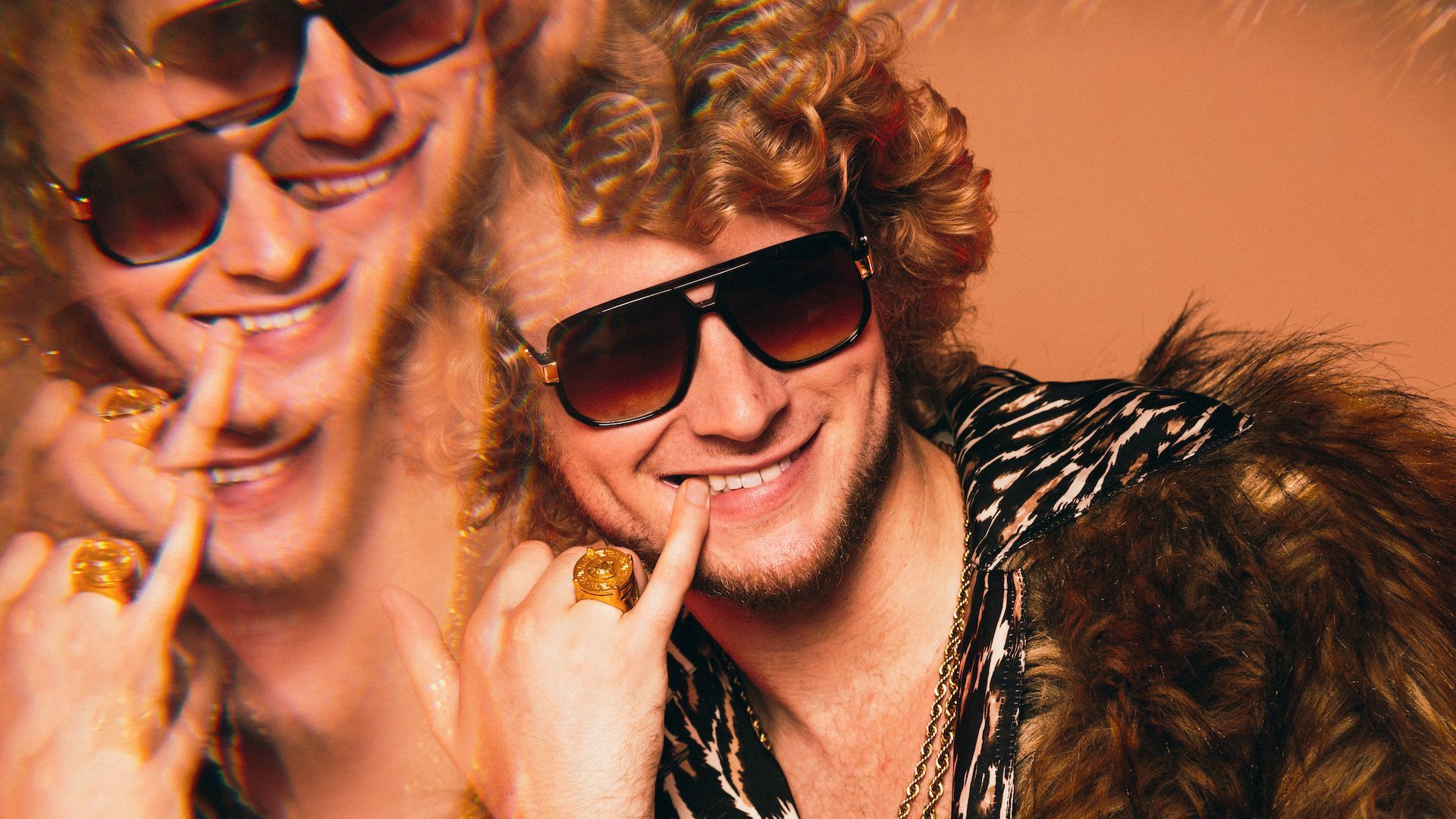 INTERVIEW: Yung Gravy wants to be your mom’s favorite rapper 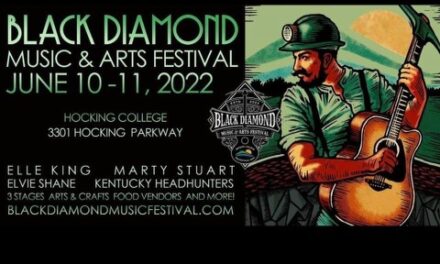