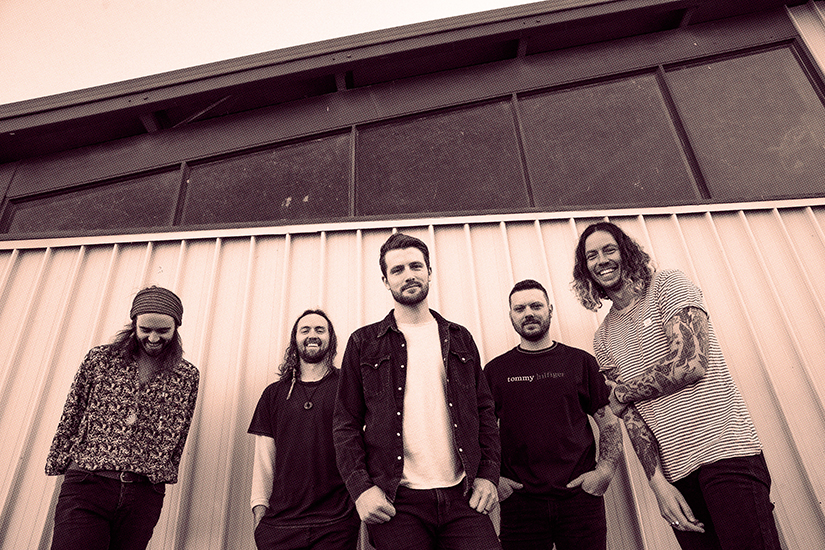 When you do anything for a long time, sometimes you need to shake the bee’s nest. Find new scenery, buy a new chair or a desk, learn something different. You find fresh ways to thrive on the other side of comfort. Hands Like Houses have been a unit for over 11 years with four albums and now, three EPs under their belt. Their latest offering, a self-titled EP, was recorded in ten days – placing creative restraints on the band, but also pushing them to make some of their most honest work yet.

For some, being in a high-pressure system would be a reason to dissipate. With Hands Like Houses, they got through the disagreements I spoke to lead singer Trenton Woodley about the fixed accents to which they made the EP under, what the band has learned about themselves because of it, and looking forward to what the future can bring.

With this EP, the band recorded it during a ten-day period.
I would imagine recording in such a condensed period would be a unique experience. Like how is that kind of like under pressure, like recording stuff in a short time frame?

We recorded in September last year, and the initial goal was to have it all finished and done for November. So, we could have it all ready to go for a January, February sort of release. Some accidental things happened during our time in the studio. There were also a couple of things I needed to tidy up after the fact. That time crunch has been a big part of the EP, not just in how the songs have come about. A lot of the lyrics particularly came out of that real sense of immediacy and pressure.

We set ourselves about three weeks to do everything, including pre-production, writing, and recording. Yeah, just through a range of things – we kind of got crunched down to basically two weeks. We lost a third of our recording and writing time. One challenge that we had with it was a normal routine and rhythm. It was a bit tricky to get together and really kind of talk about what we wanted it to be. We had a crap ton of ideas, so not that we’re short of things to work with. It was just figuring out which ideas would fit together in the right context to make it something that was cohesive.

The people we are now we write from very different perspectives on things, so it’s always about just trying to find that common middle ground. I think we went in a little overconfident with what we’d have, but the time crunch just meant that we really had to embrace the immediacy and instinct of living in the moment.

The self-titled EP feels like, I wouldn’t say it’s an appendage to Anon, but it sounded like you guys are going on that wavelength. Building music from what you made from those songs. In composing this EP, where were your headspaces at in how you all approached these songs musically?

I mean, there are two ways to look at that for me. One of them is that the step to Anon to now wasn’t really any bigger to me than the step from Anon to Dissonance. I’d imagine they’ve all been significant, but they’ve all been one step at a time. From our perspective, they are not necessarily a big jump. I think one of the defining things for Anon was that we made this decision to embrace our own influences based on what we enjoyed listening to rather than what we’re surrounded by. I think a lot of our heavier influences came from touring with heavy bands.

So we’re always the loudest or the heaviest band on the bill and never much in between. Which was always a kind of uncomfortable thing for us we never loved being in. So It was a bit of a process of embracing our own influences. I think those influences are from what we listen to when we’re home and in our normal routine and rhythm. We’re able to kind of dig deeper into those sorts of things and have more fun with it. For that reason, that’s probably why Anon sounds like a continuation of the direction that we were going on.

If you ask me, like any body of work, whether it’s an album or an EP, or even a single, it’s like a photograph. I think we get too caught up in looking at music is like a consumable. It really is like a photograph of a particular moment. I think it would be a disservice to the EP not to embrace the totality of it; you know? It’s just the challenges you go through and try to create something. The same goes for anyone turning to a job and trying to do something that they’re proud of through their work. You really have to commit to what is in front of you and make the most of what you have. I don’t think we had another option other than to be honest and open.

There was a sense of cohesion to that because it was a moment in time, I was feeling super exhausted by life in general. Just kind of trying to figure out what the future held for me, let alone for the five of us, and the music played into that. I find that limitations are always more creative than a possibility. Whether that is deciding about guitar tones before it hits the amplifier, for example.

Nowadays, you can record a guitar and do whatever you want the file. However, I think sometimes like plugging in a few pedals that are a bit wacky and weird, and that can’t be tuned or controlled sound really cool. The same goes for various parts of the recording process, but really committing to that imperfection With digital, you tend to not commit to things. You’re always kind of changing your mind later and that dilutes or muddy ideas.

Hands Like Houses have been together for almost 12 years. Bands are going to have fights and disagreements. Thankfully, you all have gotten through it and are still together and thriving. What has changing your recording processing and making this specific EP taught you about being in this band?

I think when you spend 10-11 years with the same group of people doing the same thing, but obviously trying to find new reasons to be excited and engaged by it. We have had some shitty times. Just arguments, disagreements, and resentments that kind of build up over time. However, I think especially with COVID even, we’ve tried to figure out what a healthier version of this is. It’s not we were unhealthy, but I think for us, sometimes, things have gotten to a point where it feels like you lose grip a bit.  Where we say we’re just going to disappear and do nothing with music again. We’ve all felt like that at different times, but I think for us, we’ve always kind of been open to at least having one more conversation before we make a decision.

It’s often in that conversation that we do a kind of feel more seen in the moment and back each other because we are friends outside the band. I live separately from the guys – about five hours away. I know Chris and Joe live together and Joel and Al work together. We do hang out and do stuff together quite a bit when we are in the same place.

To some degree, when we’re touring, you kind of tend to push away from each other. “I’ve had a month of you in my personal space. I’m going to give it a few weeks.” I think it’s just for us, it is just trying to be honest with ourselves about how the process works. What we are, that’s something we’re still learning, but I think we all believe in what we’re doing. We’ve always had opportunities in front of us as behind us. So, there’s always something that encourages you to keep that momentum going.

The first single, ‘The Water,’ is about closing doors and opening new ones. I feel during times of quarantine, we’ve all experienced introspective changes on a personal level. COVID has turned our lives upside down. Was that where you were drawing from when writing the song?

It’s always strange looking things in retrospect because obviously, the story changes as, as your perspective on it changes as you go on. I think for me; it was about just being honest with how strange a position we are in; you know? To make music and kind of have this opportunity. Just kind of come back into the real world in some aspect of that. The whole song is this inverse fish out of water situation. 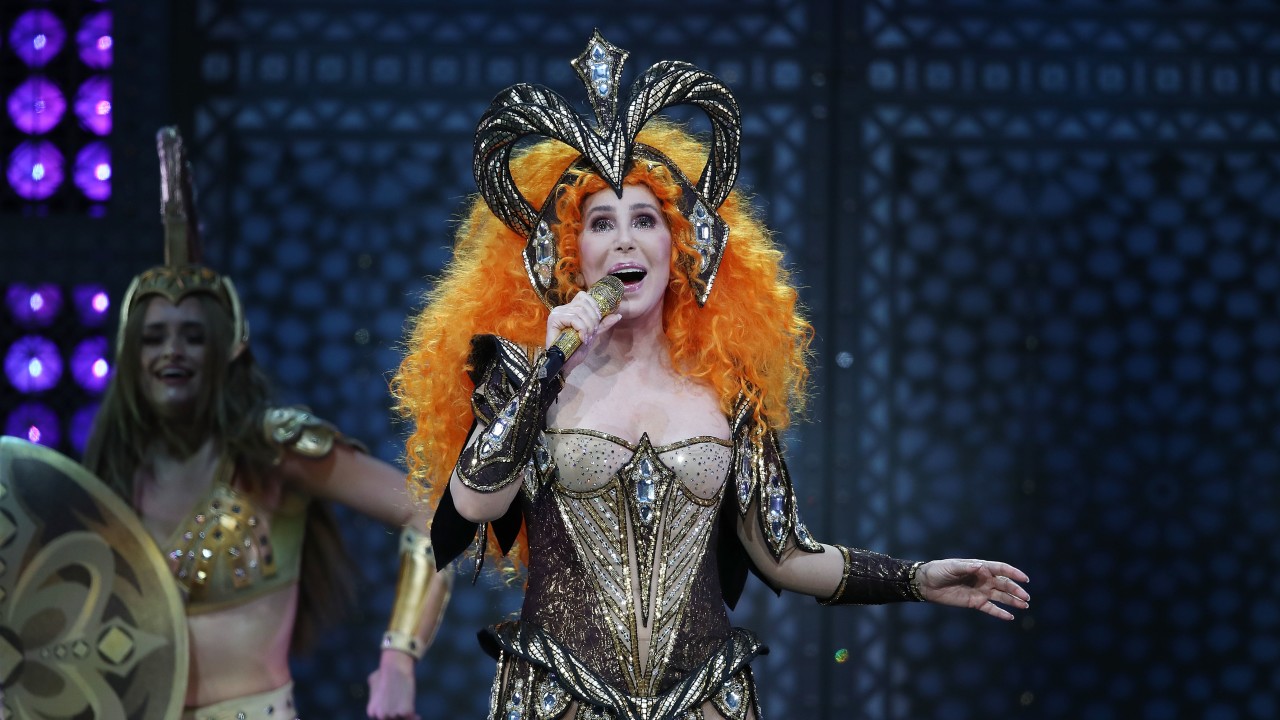 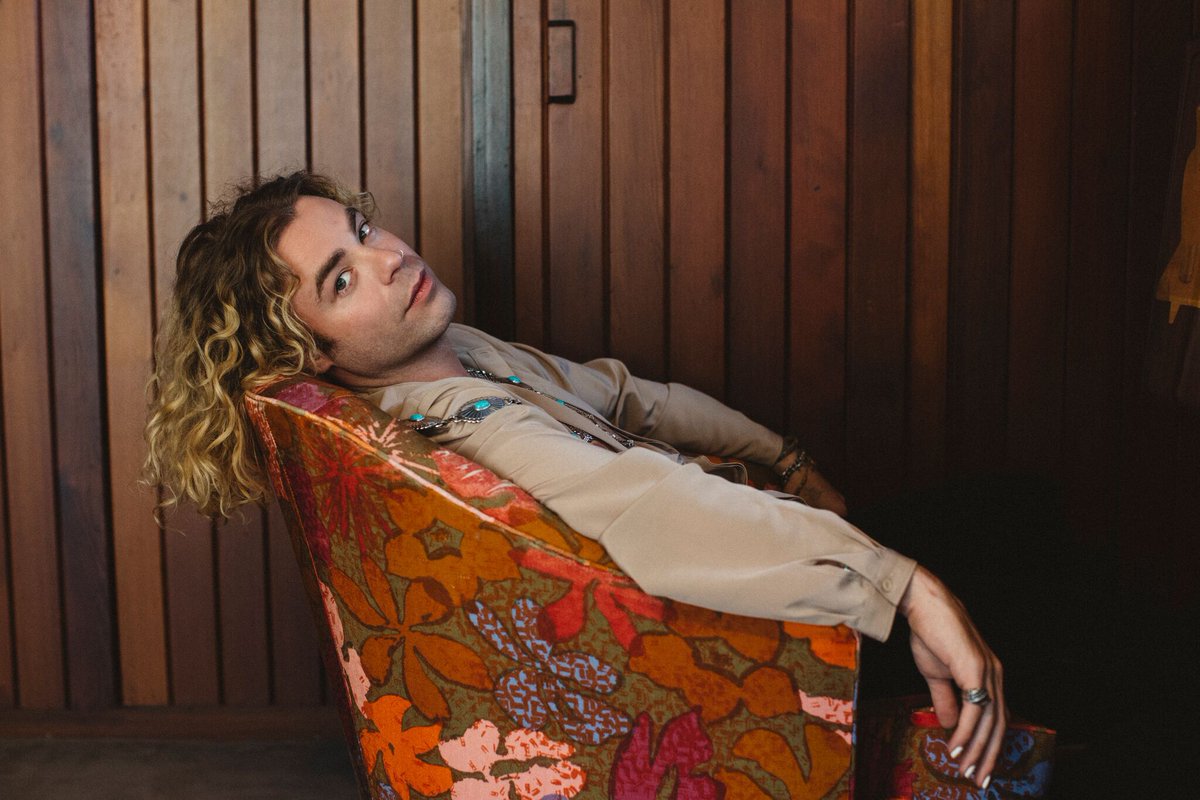 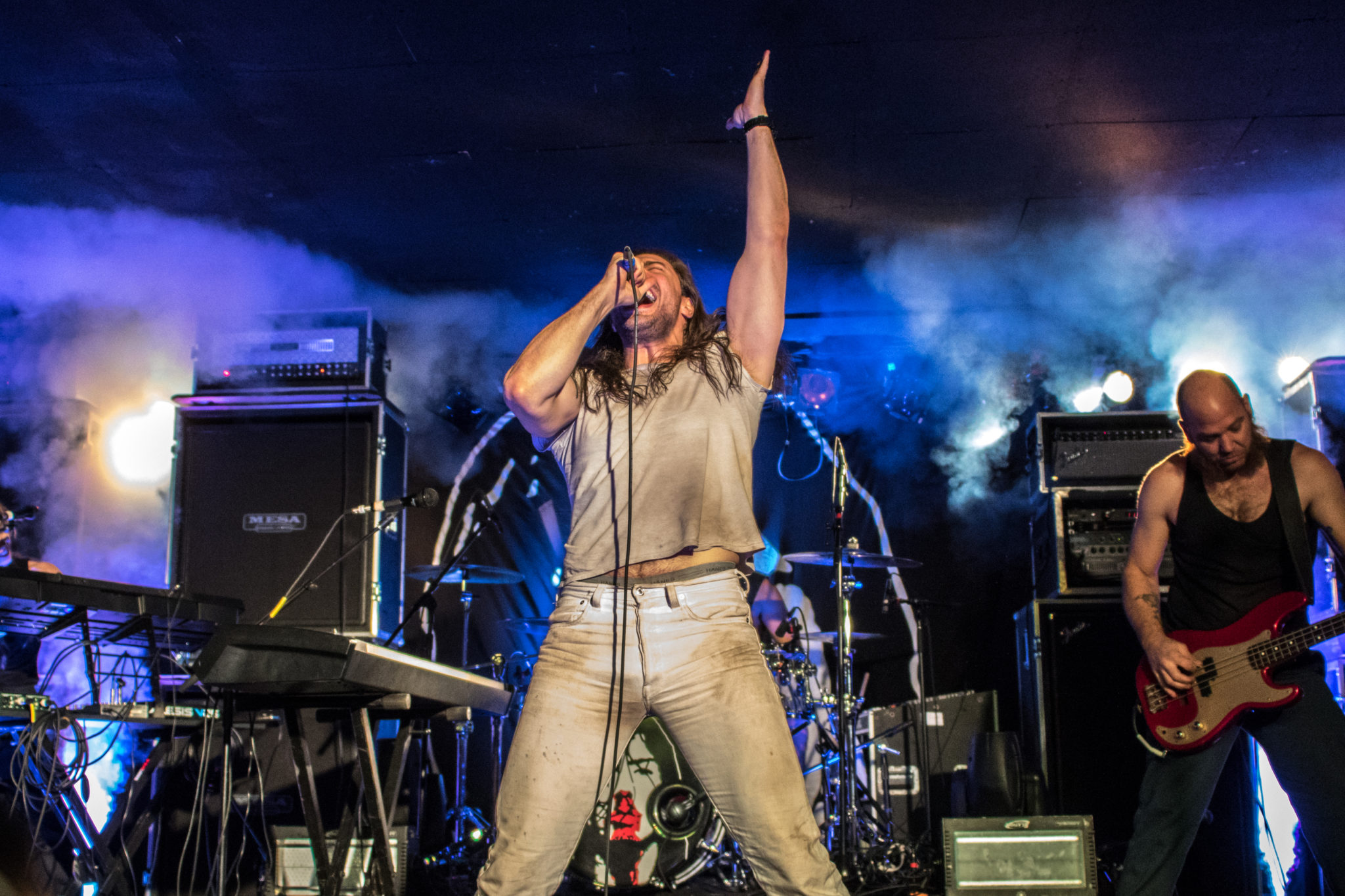