Noell Regali, better known as the fast-rising entertainer Noell, has developed a trajectory to the top of the charts in 2020 with soft vocals and diversified subject matter. Peaking our interest with her trendsetting 2019 album, Ego Aside. Noell quickly emerged atop of the hottest playlists this year with her newest single, “Higher.”

Today, we speak with the promising star on her inspiring backstory, the making of her new single and what’s next for the singer the rest of 2020. Read the complete interview below.

1. When did you start making music?

I started recording and making music when I was in high school.

2. Where does the name Noell come from?

Noell is actually my middle name. My family started calling me that when I was younger and it just stuck.

3. You’ve got an interesting and soulful sound, who were your musical influences?

Lauryn Hill, Whitney Houston and Alicia Keys were two of my influencers growing up.

4. Can you play any instruments and dance?

I can play the piano a little. And yes, I do a little dancing. Haha

Whitney Houston for her vocal ability. Lauryn Hill for her lyricism. Sade for her tone. Drake for his all-around versatility. And frank ocean just because I LOVE frank!

6. Is R&B who defines Noell or do you see yourself moving through to other genres and sounds as well?

I think I’m most defined, comfortable and in love with R&B but I definitely see myself branching out into other genres. I listen to everything.

7. What was it like going on tour with Tokyo Jetz?

Tour was really fun! We barely slept, there were a few cities where we literally had 10 minutes to get ready & we spent a lot of time on the tour bus but all in all the experience was really amazing.

8. Do you prefer creating music or performing?

Hmm… Probably creating. I enjoy writing because I love transferring emotions, feelings, and moods onto a track and creating something from nothing!

9. Any album or project on the way?

There is a project coming out soon that we’re working on now but before that a few singles.

10. If you could choose one artist that you would like to collaborate with, who would it be?

Drake obviously. Or Frank Ocean. Again, I love Frank’s artistry so much.

11. Who are some of your favorite producers of all time?

12. Where are you from? What was it like growing up there?

I’m from a town called Havre de Grace. About 25 minutes from Baltimore City. We grew up really poor. I had a really rough time but I think the struggle of that unfortunate upbringing made me mentally strong. And able to live on my own.

13. How do you operate as an artist, do you have your own certain producers that you like to work with or are you pretty open?

I’m pretty open but once I find a producer I like I usually like sticking with them for a while and starting things from scratch. I definitely like getting to first know the people I work with. I think it makes for a more genuine authentic connection which gives you better music.

14. Talk to us about your new single “Higher”, what was the influence behind the record? How did it come about?

“Higher” gives you that old school R&B feeling but still modern enough to bump today. It’s more of a sexy song. It’s referring to sex. Elevating your partner on a sexual level but it has live instruments & great vocal range that you could mistake it also for a love song. Which either or is fine with me. Whatever the consumer prefers.

15. In 2019 you dropped a solid project called, “Ego Aside”. Talk to us about the creative influences and vision for the project, what’s your favorite record off the project?

I think my favorite record from Ego Aside is Love Without Ownership. It’s one of the singles on there. I’d have to say it’s my favorite because I wrote it one night at like 4 am and I just thought to myself why can’t we just live without the strings & it not be so frowned upon? It’s talking about having a casual consensual relationship with someone without getting the feelings involved because the past has taught most women that feelings confuse and complicate things. The creative influencers were definitely drake at the time. A lot of records is just me literally saying what I think & just putting it over great production in a clever way. It was everything women go through straight up. Putting the actual “ego aside” being vulnerable and honest.

16. If you could describe yourself with 3 words, what would they be?

17. If you could describe your music in 3 words what would it be?

18. For the first time listeners, what is a go-to record that everyone needs to hear from you?

19. You’ve grown quite a following on social media, what’s to come from Noell the rest of 2020?

The rest of 2020 I want to engage more with my followers, put out new projects, singles, and work.

20. How did you accumulate such a following on social media? We noticed you have dropped some viral covers before as well?

Hmm, I think my following first started when I did a rap/singing challenge that went viral on Instagram. Then a lot of people followed after they heard music and some like my style. And then there are some who just like how I look. I don’t see it! Haha

21. Where do you see yourself in five years?

At some really cool music event talking about the last 5 years of my life and how I came to that success!

22. What message are you looking to portray to fans through your music?

23. Has music always been the mission or did you want to be something else at one point?

I went to school to be a teacher. I always enjoyed teaching or helping others and I love kids but the music was always the number one goal.

24. What would you tell 14-year-old Noell if you could go back and have the knowledge you have now?

Don’t worry so much. Things always fall into place. Enjoy the moment and don’t stress over boys in the future! They come and go! Haha

25. Has COVID affected your music or career at all? If yes, how so?

I actually tested positive for COVID in June. It affected how I felt for a few weeks and I didn’t write or record (obviously) so yes. Also, a lot of the studios were shut down and you know with the shows and concerts being shut down the music industry took a small halt.

26. What brings your music creativity to the forefront?

I think the lyrics bring it to the forefront. People seem to relate & show appreciation for the things that I write

27. Do you write everything or do you just get in the booth and give it a go?

Hmm… Sometimes I write, sometimes I go in the booth and freestyle then go back & change some words, etc. he just depends on my mood.

28. Some of your records seem a bit personal. Talk to us about “Love Without Ownership” and “Speechless”, how did these records come about?

Like I said before Love Without Ownership is one of my favorite records because I think it’s very raw. It’s all personal experiences and I wrote it after a long relationship ended and the next person I was involved with wanted to get serious but I just didn’t have the capacity for the things that come with love so I just wanted to have fun with someone without getting emotionally involved. Speechless was definitely a record I wrote DURING my breakup.

29. If you could describe your style, what would you say?

Self-evaluation can be hard sometimes because we sometimes see ourselves differently than others, same with art I think but I’d describe my style as soulful R&B with a hint of raw hip hop.

Definitely the 90s. I am a 90s baby but I wish I was in my 20s back then! The style, the music, the natural bodies being popular. I just love it. 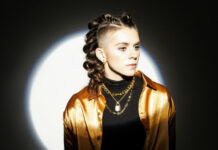 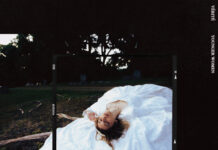 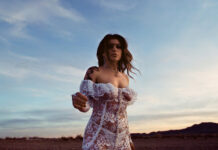 Donna Missal On Lighter, Catharsis, and How Her Creative Processes Has Grown