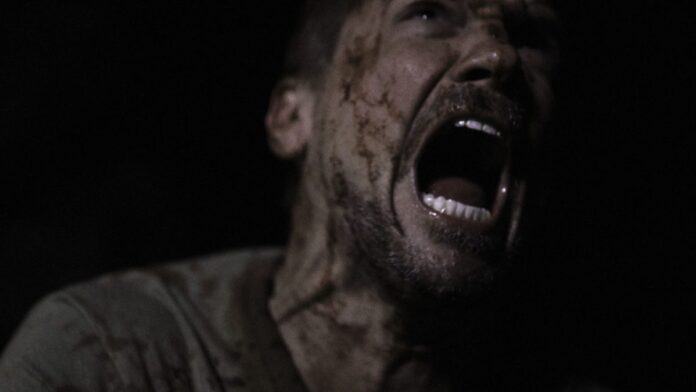 Despite a creative premise and a strong cast, Unearth, the latest fracking horror from John C. Lyons and Dorota Swies fails to break new ground.

In Unearth, Two families with an age-old feud find themselves plagued by an unseen enemy when one allows fracking on their otherwise worthless property. That terror doesn’t present itself until an hour into the film’s roughly ninety-minute runtime, nor is its presence recognized until the final fifteen minutes, but it is what Lyon and Swies hope will you get to see their film.

The first two-thirds of the film revolves around the warring families and their complicated history. One side faces economic hardships that their fields and family business cannot heal, while the other is steadfast in their belief that the land will always provide for them, even if it doesn’t seem that way. The dynamics of each relationship between each family member is explored at length, often at the expense of pacing. Still, it establishes a world that feels real, even if it isn’t all that interesting.

Unearth‘s pivot into body horror at the top of the third act is woefully underdeveloped. It’s a contagion that enters the water through fracking contamination, but how it afflicts people varies from character to character without explanation. You never know what will happen, but not in a way that creates tension. Every turn lands with apathy. We have no reason to care other than the knowledge the film is one corpse closer to the credits.

The only saving grace lies in the cast. Horror royalty Adrienne Barbeau (Escape From New York, The Fog) and Buffy star Marc Blucas lead a group of mostly unknown actors who commit fully to the script’s drama. It’s not enough to make the movie worthy of recommendation, but it does make enduring the feature a bit easier.

The relative newness of fracking makes it fertile ground for horror stories. It’s a proposed saving grace for areas negatively impacted by changing economic trends controlled by giant corporations that many people believe are preying on the most vulnerable citizens. Every argument for why fracking benefits humanity in the short run is matched by one reason it’s harmful in the big picture. There is an inherent tension in being caught between those ideas that are ripe for narrative storytelling. None of that applies to the drama unfolding in Unearth, but it should.

No one sets out to make a movie that doesn’t work. Even if someone did, those individuals would have a hard time finding a cast and crew willing to commit months of their lives to see that vision come to life. I have no doubt that Unearth exists with the best intentions, but it never comes together in a meaningful. The drama is too timid, and the violence is too incoherent. It’s a mess, and no amount of well-meaning can change the fact that viewers will walk away feeling as though they’ve wasted their precious time on this planet.