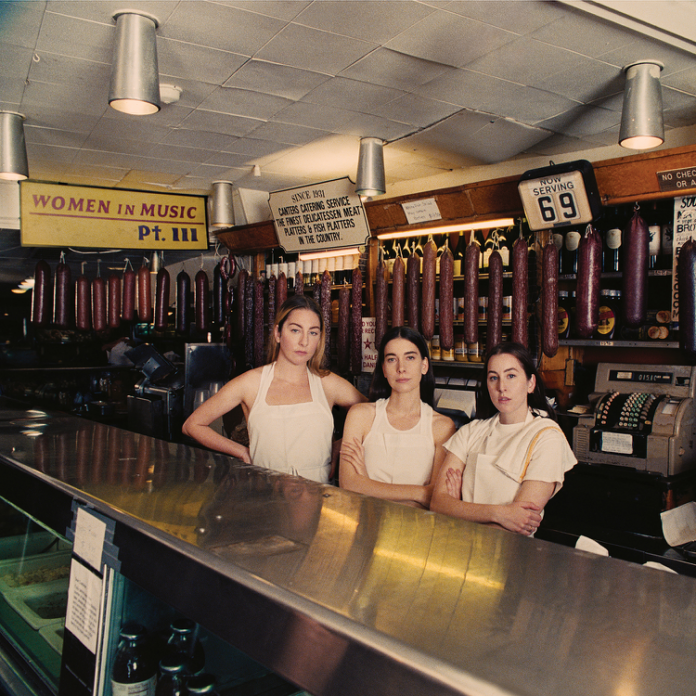 Yesterday we received word that Haim had finally set a release date for their third album. And today, they’re back with more good news: they’ve just released the third single, “The Steps” off of that forthcoming album. This joins previous releases “Summer Girl,” “Now I’m In It,” and the poignant, reflective ballad “Hallelujah” that closed out 2019. The video showcases a fresh, new side of the band’s songwriting and creativity— and of Danielle’s drumming. Watch below.
Of the album, singer Danielle says, “The name came to me in a dream and I woke up laughing so I told my sisters.”
“I liked it because we are literally women in music and we always get written about that way, so it seemed cool to make it our own and control the narrative,” Alana adds. “It made me think about some of our experiences more.” And Este says, “I just thought it was funny, plus the initials are WIMP3. Wimp is a hilarious word.”
The three will be releasing their highly anticipated third studio album, “Women In Music Pt. III” on April 24 via Columbia, and it’s available for pre-order now here. A tour is likely in the works as well, so stay tuned!!