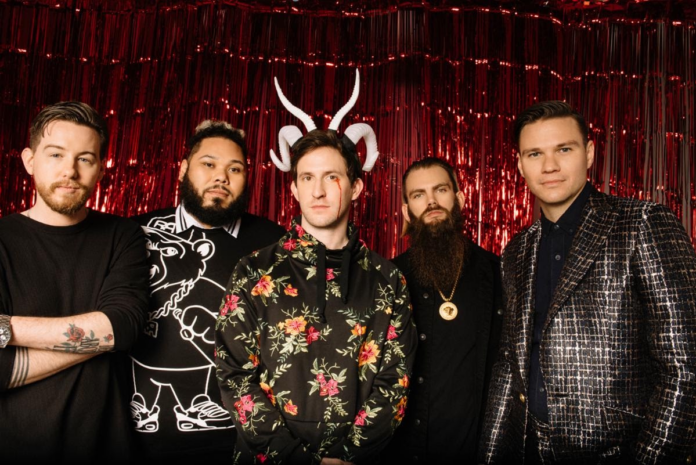 Dance Gavin Dance have announced the details for their highly-anticipated ninth full-length album, Afterburner — which will be released on April 24th via Rise Records. The record was produced by longtime collaborator Kris Crummett (Issues, Sleeping With Sirens, Mayday Parade) and Drew Fulk a.k.a. WZRD BLD (Lil Wayne, Motionless in White, Bad Wolves) and is available for pre-order here.

To go along with the album announcement, Dance Gavin Dance have also released a brand new song called “Prisoner,” which serves as the first single from Afterburner.

According to lead guitarist Will Swan, “‘Prisoner’ is a captivating piece of the eclectic puzzle that is Afterburner. It showcases yet another leap in our constant evolution, and I can’t wait for people to hear what this album has in store.”

To promote Afterburner, Dance Gavin Dance will be heading out on a massive tour of North America beginning next month. The run kicks off at Los Angeles, California’s Hollywood Palladium on Thursday, March 12th and will wrap up on April 25th in Sacramento, California at the band’s own curated festival, Swanfest.