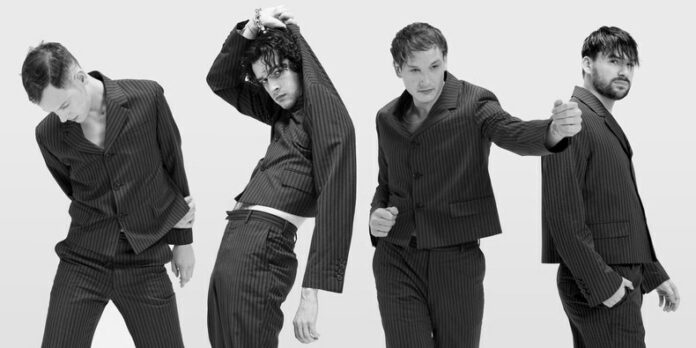 WAKE UP! WAKE UP! IT’S MONDAY MORNING! Just kidding, it’s Thursday afternoon, and The 1975 have debuted their new song, “People”, and a video (complete with a seizure warning) to go with it.

The four-piece are nothing if not ambitious for their latest song— and the first major single (barring the one that featured the speech of climate activist Greta Thunberg) available off their upcoming album, Notes on a Conditional Form. With this, it’s hard to tell if the rest of the album will be as hard-hitting as this one, but it does stir up anticipation if anything. Watch below.

[Note: We and The 1975 are not joking about the seizure warning. Do not watch if you have a sensitivity to flashing lights]

“Stop fucking with kids,” Matty screams over a wall of heavy guitar. If I’m being honest, we’re not in the least bit surprised at the direction the band took here. It was almost as if the band had started to outgrow their bubbly pop numbers, swapping lovey, vulnerable lyrics for intense political commentary on the world today. It’s only fitting that they’ve moved to punk, and I’m excited to see what direction they go after this.

The band’s fifth studio album, Notes On a Conditional Form will be out February 20 of next year. If you thought “Give Yourself a Try” was the best song on the latest project, A Brief Inquiry Into Online Relationships, then maybe you’re even more excited now. If anything, “People” is delightfully 90s emo, and Matty’s 2016 comment about taking from only the classics rings even more true right now.