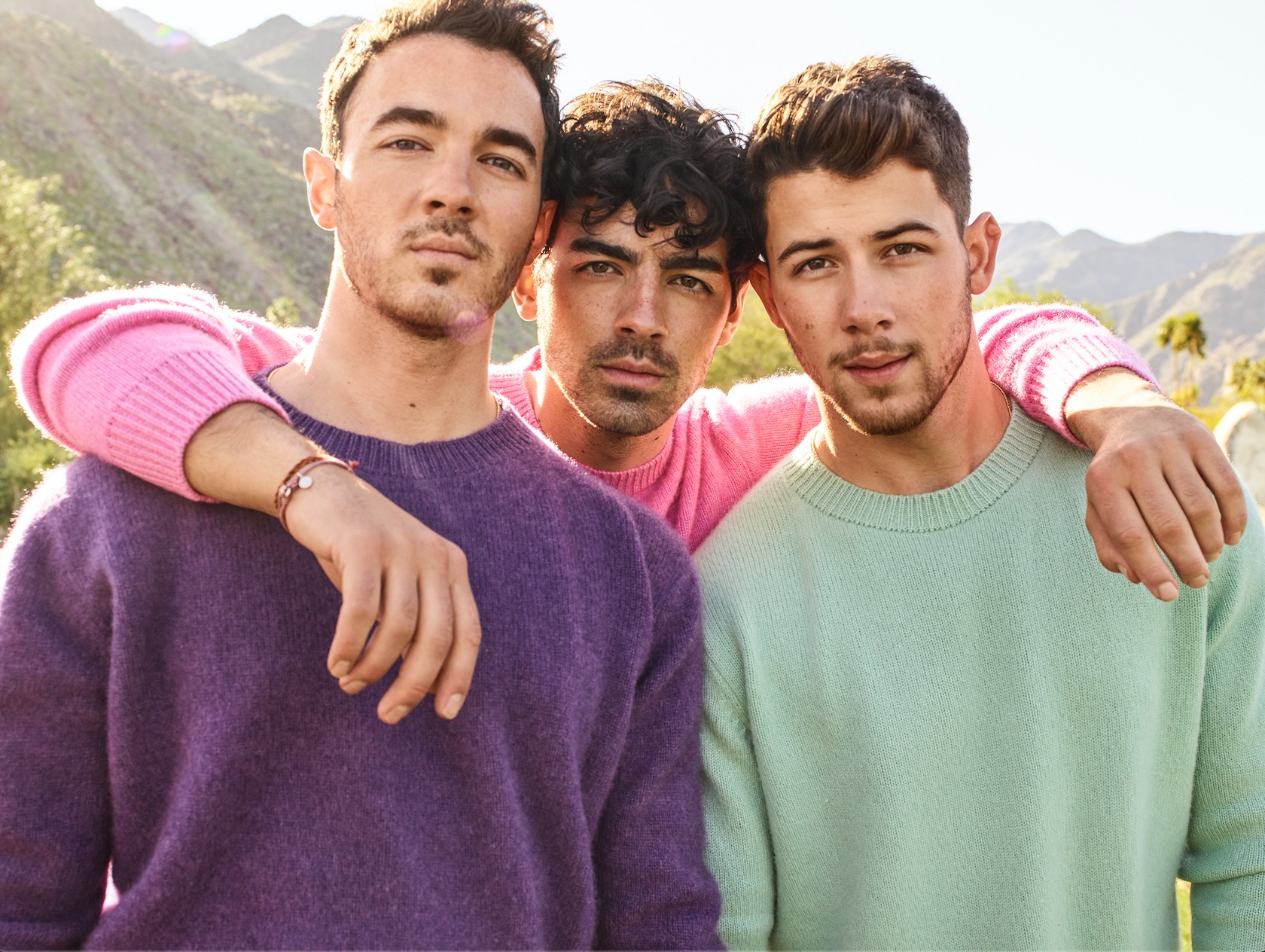 At the risk of sounding too sentimental or romantic, concerts are often about much more than just the music being performed or the artists on the stage. Yes, the “what” and the “who” are important, but it’s the “when” and the “where” and the “how” and the “who else” that can end up making the most impact. When these all culminate, it can turn a few hours out into an evening, and an evening into something even more.

I should mention that for as much as she loves music, my younger sister hates concerts. Her reason is valid, but it always makes me laugh to hear her say that. Basically, if she loves a band and gets excited to go and see them and they don’t sound as good or they don’t play songs she was expecting or there’s songs she doesn’t know, it bums her out. It’s a pretty bland stance, arguably petty even, but I get it. Over the few months between when Jonas Brothers announced the Happiness Begins tour and when it was time to go, her excitement grew: in May, it was “no way, really!? This is going to be so much fun! I hope they play ‘such and such.’” In June–with the release of Happiness Begins–we each had our songs from the new album we were hoping would make the cut. We sent a few texts to each other in July jokingly reminding “oh by the way, next month!” And then once August hit, it was the official countdown. Once the weekend arrived, she told me how she “accidentally” peeked at the setlist, made a playlist of it that she was listening to nonstop, and assured me “this is going to be the greatest concert I’ve ever been to because it doesn’t matter what they play because I’m going to know literally every fucking word.”

After a little bit of traffic on the way followed by a little bit of construction in the arena, we made it inside just as opener Jordan McGraw closed up his set and were settled at our seats with plenty of time before Bebe Rexha came out. Funny enough, when she said she was going to know every word that night, she didn’t realize that was also going to apply to Rexha’s setlist too. With massive singles “Me, Myself, and I” and “I’m A Mess,” features on “Call You Mine” and “Meant to Be,” a cover of Post Malone’s “Better Now,” and writing credits on Eminem’s “The Monster” and David Guetta’s “Hey Mama,” Rexha is a bonafide superstar not only at the top of her game, but rightfully at the front of the pack.

To properly set things up in terms of the scope of the rest of the night, I should mention how we got to this point. Because I think it needs to be said just how much not only my sister but my entire extended family loved the Jonas Brothers during their early-to-mid 2000s reign. Including myself and my three siblings, there are thirteen cousins just on one side of my family. And with the exception of my older brother and sister, they are all younger. Did they all have the albums? You bet. Did they all have all of the posters and magazines and merchandise? You could’ve stacked Tiger Beats in a pile as tall as Frankie. Did those get sliced and diced onto a poster board when they performed 10+ years ago? Definitely. Did they have a viewing party/sleepover for the Camp Rock premiere? You’re damn right.

Finding a middle ground between honoring their roots and showcasing the artists they are now was likely no easy feat, but Jonas Brothers pulled it off perfectly. The lights fell as the video screens came on and showed the first of a handful of short clips featuring three young lookalikes, the first of which showing the boys running through a carnival. The brothers took the stage during an extended lead-in to “Rollercoaster” and from that moment on there was no getting off the ride. Early on, they made it clear they would be appealing to fans of any degree, alternating new-old-new with “Rollercoaster” followed by “S.O.S.” and “Cool.” “Strangers” is one of the best pop songs to come out of 2019 so far, and early on it was a massive crowd favorite.

Later on, after a run through the crowd to a small stage on the other end of the floor, they pulled suggestions from the audience before choosing “Inseparable” and “Gotta Find You” as the nightly fan requests. Back on the main stage after, Nick performed the first verse to his solo single “Jealous” on his own before being joined by Joe, who kicked off a stagewide party with DNCE’s “Cake by the Ocean” and brought what was considered Act I to a close.

Act II began right after with chants of “Kevin! Kevin!” flooding the room. Another video played, with his younger counterpart wandering through the forest, eventually stopping in a clearing. The camera panned up, showing Kevin holding his two young daughters, and the seats rattled with applause. Kevin reached out, placed a hand on his younger self’s shoulder, and then on stage he sat at a piano and began to play “Comeback” as his brothers rejoined him. It was one of the strongest, more moving moments of the night, and a great example of just how far the brothers’ have come while growing up in front of us.

The last few notes of “Comeback” trailed off and without a chance to catch our breath, they went right for the heartstrings again and started “When You Look Me in the Eyes” immediately after. Even a few days later, I still have the scratch marks on my forearm from where my sister almost fell over when the first notes were played. Even a dozen years after its initial release, it still holds up as a great ballad, probably even more so now with all three in their adult years and with wives and families. I’m sure that last part is a bit of a bummer for the ones who swore they were going to marry Nick ten years ago, but that’s life. Things calmed down a bit during “I Believe” next, resetting the mood back to a cool sway for a moment.

Of the fourteen tracks on Happiness Begins, nine made the cut, and aside from being a little disappointed “Don’t Throw it Away” didn’t get added, any that were left off were the weaker tracks from the album anyway, so I don’t think anyone was missing “Trust” or “Every Single Time,” nor would anybody swap them for what did get played. The medley of old favorites was a great touch and a perfect way to add as much as possible to a setlist that was already twenty songs deep. Each segment was about half of the full song, usually nothing more than a verse and chorus, but the rapid-fire relay from one to the next got the job done. Was I surprised “Play My Music” found its way into the rotation? A little bit, but it was a cute surprise. Did a Camp Rock throwback send my mind racing thinking maybe possibly Demi Lovato might somehow come out for “This Is Me” or “On the Line” after? For a second, I admit. Let a guy dream.

“Lovebug” and “Year 3000” closed out the main set, bringing things about as far back to the beginning as possible. After a brief exit, they returned for a two-song encore to close out the night; “Burnin’ Up” first and “Sucker” right after, the evening ended with the two landmarks of where they started and what brought them back.

When I wrote my Aly & AJ piece a few months back, I talked about growing up around this era of pop music while consciously trying to avoid it. Where at first I wanted to say it was a “cutting off my nose to spite my face” sort of thing, I wouldn’t say that’s a great metaphor because while that term is more about being reckless or reactionary as an act of revenge or aggression, really I was just stubborn and dumb and I had been missing out – big difference. Writing that then, I set it up as a sort of sister piece (pun intended) for what I’d eventually write here. I left the show that night and drove over to Massachusetts for my sister’s graduation the next morning, then after the ceremony and party, the Jonas Brothers tickets were a congratulatory gift. So A leads to B leads to C, and after a few months, the whole thing comes together. Ta-da.

In my years of going to concerts, I can confidently say that I have never been to a show like this; it felt like more than just a comeback show, it felt bigger than just an ordinary sellout crowd, and it was louder and more energetic than any show I’d ever witnessed. I’ve been listening to Happiness Begins pretty steadily since its release date, and I had been brushing up on the big hits for the past few weeks, but I was nowhere near on the same level as probably 90% of the people there. And yet, I still knew every word, it was like muscle memory. On its own, it was already one of the best concerts that I’ve been to in years – an opening act talented enough for her own arena tour, a packed room of fans screaming themselves hoarse, and a beloved band back from the dead reclaiming their spot at the top of the ranks. Now, add in the rest of what I’ve mentioned, along with getting to watch someone you care about genuinely be the happiest you have ever seen them, and it results in an unforgettable evening.

There are plenty of dates left on this first leg of the tour, with a second run to follow after a brief stint in Mexico. If it already passed through your city and you missed it, let’s hope it comes back again the second time around.
If it is headed your way, just know it was worth the wait. 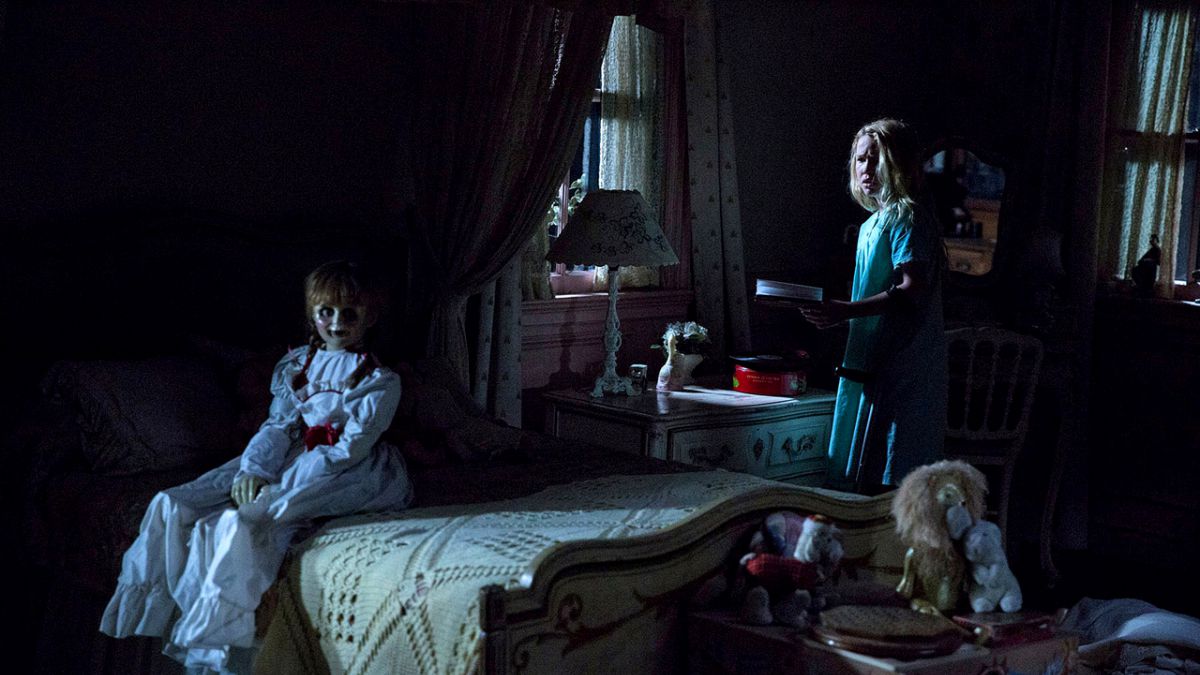 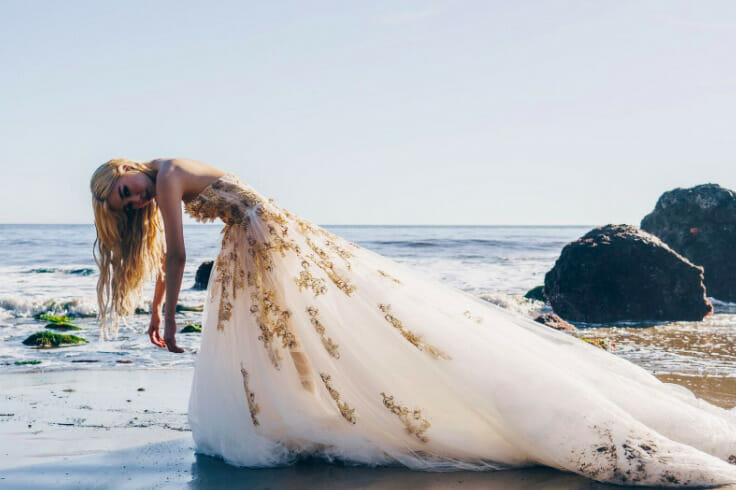 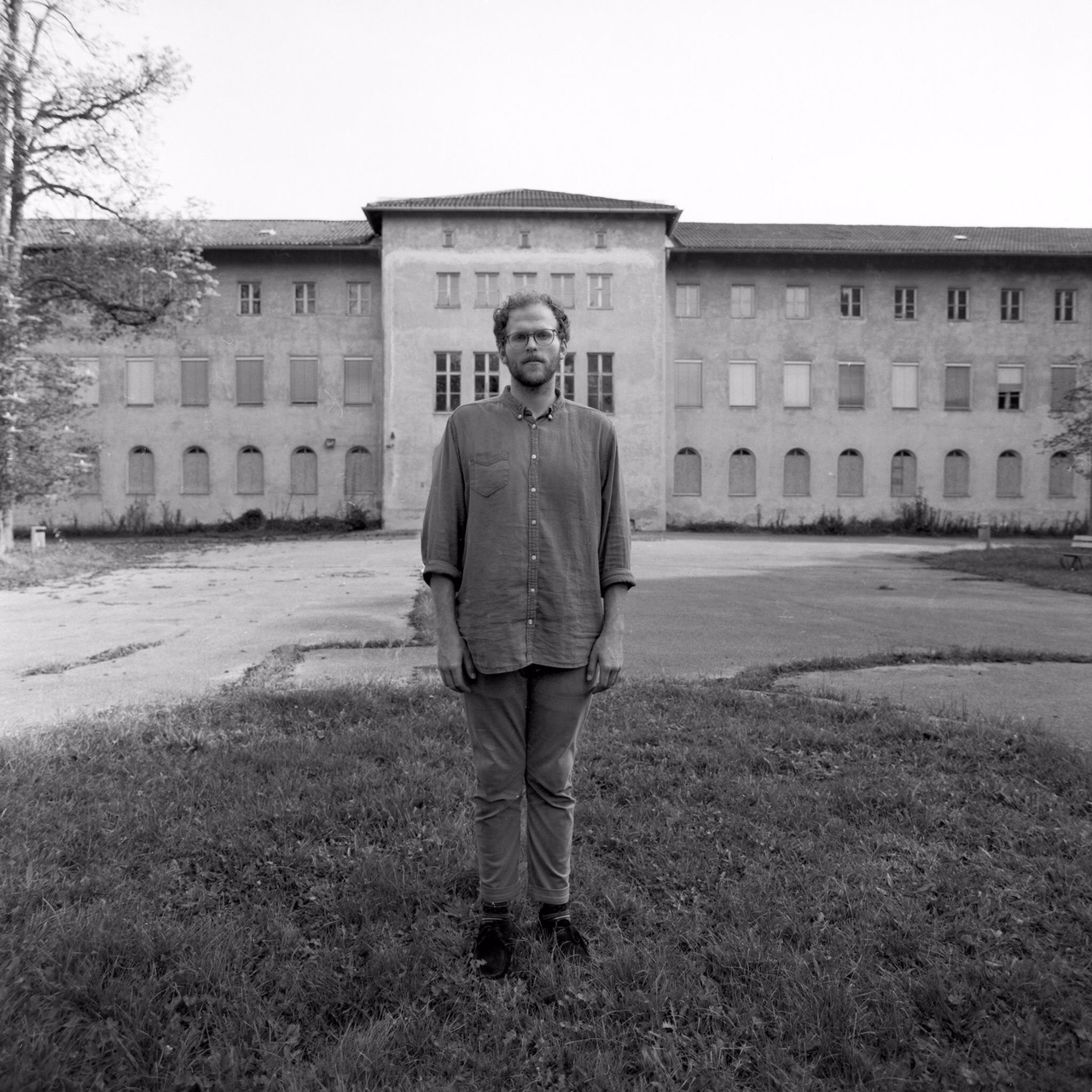 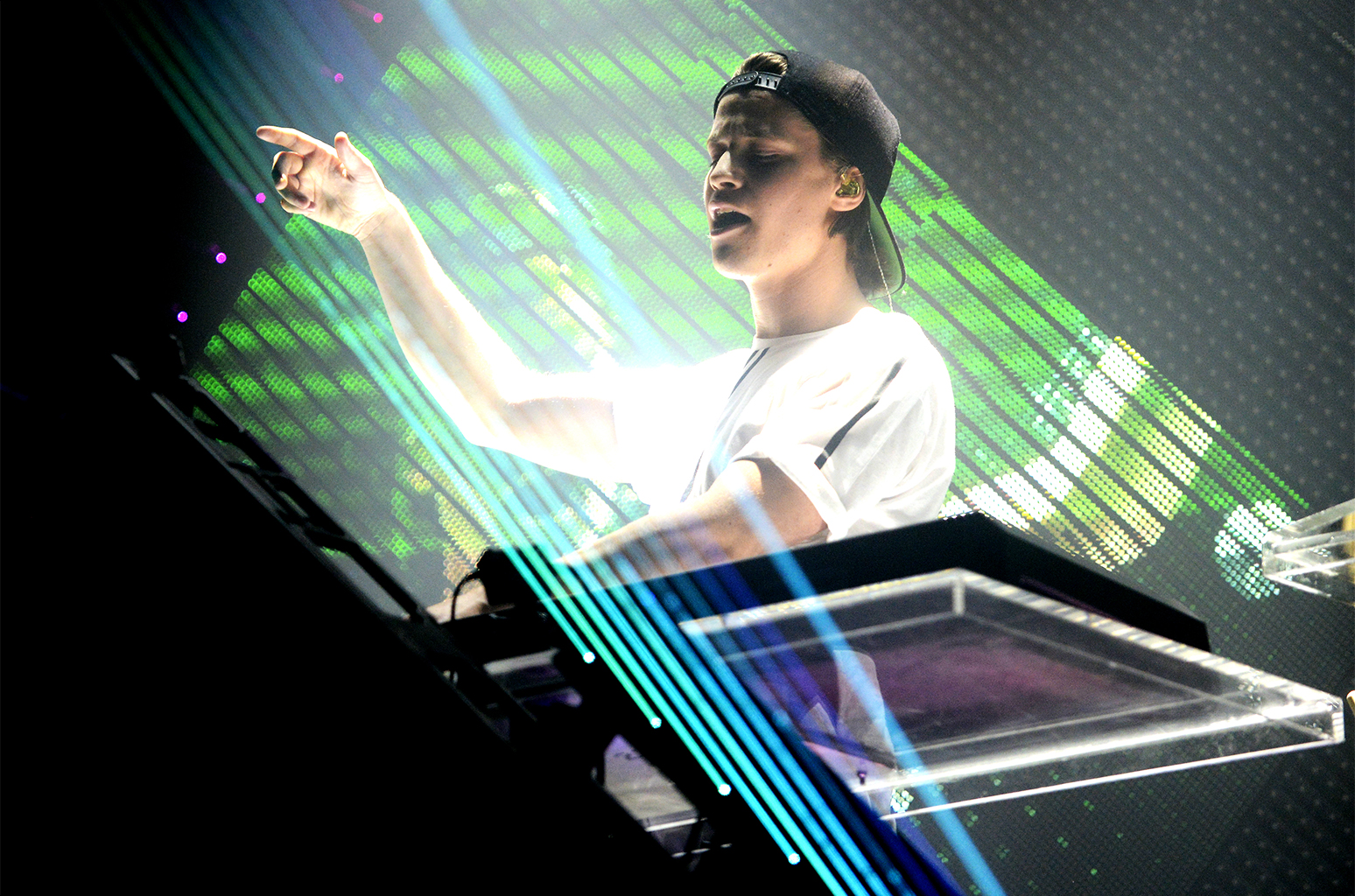