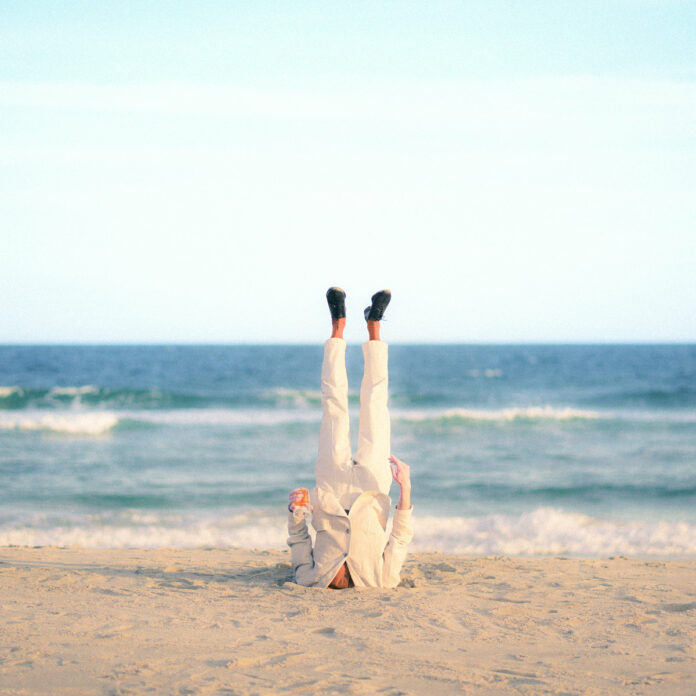 If you’re unfamiliar with Plastic Picnic, then allow me to introduce to you your new summer obsession. The Brooklyn indie-rock quartet released their second EP, “Vistalite,” on July 19th, and to say that they knocked it out of the park is an understatement. While the band maintains their overall warm indie vibe, their sound has matured from that of their debut self-titled EP in 2017. It’s cleaner, softer, and overall, more cohesive.

The opening track, “Two Bridges,” is the closest thing to being able to capture the essence of a sort of melancholy happiness and putting it into a song. The soft drum beat paired with the simple guitar melody and Emile Panerio’s brooding voice is soothing and feels almost like a warm hug. The calmness of the melody paired with the less-than-cheery lyrics of the chorus (“And you pay a strange man to understand your patterns and how to fix them,” for example) is a juxtaposition that the band executes fairly well.

The synths that Plastic Picnic does so well are still present in this EP and are incorporated tastefully rather than used as a crutch. The opening of “After You” is one of those riffs. The resonation of the synth paired with the tone of the guitar and flat drum beats is very ’80s and sounds like a song straight out of a time capsule. The ’80s influence is clear, but remains just an influence rather than sounding like a rip-off. A similar synth beat can be heard in “September Second,” but it contributes to more of an indie surf rock sound.

The second half of the EP is just as strong as the first. The title track, “Vistalite,” is the strongest track. Between the catchy chorus, groovy post-chorus and bridge guitar riffs, and the overall cohesiveness of all the small beats and background sounds is masterful. This song is a perfect example of how much Plastic Picnic has matured since their first EP. “Cradles” is another example, demonstrating how a simple melody can be so captivating. The vocals and guitar are reminiscent of some of Foxing’s earlier work and Day Wave.

As beautiful as the closing track “Juno Loves You” is, it’s one of the weaker songs on the album. It doesn’t stand out nearly as much as “After You” or “Two Bridges.” It starts off slow but becomes more captivating as the song progresses. While it’s a good final track, it wasn’t one of the more daring or risky songs on the EP.

Overall, Plastic Picnic created a solid sophomore EP that shows off their more mellow yet mature sound. More risks could have been taken in terms of the variety of the songs, but each song is so well-done and well-produced that it’s almost irrelevant. As long as Plastic Picnic continues in this direction, they’re bound for indie greatness.