Advertisement
Home News Film REVIEW: ‘Child’s Play’ is a modernized and satisfying take on an old... 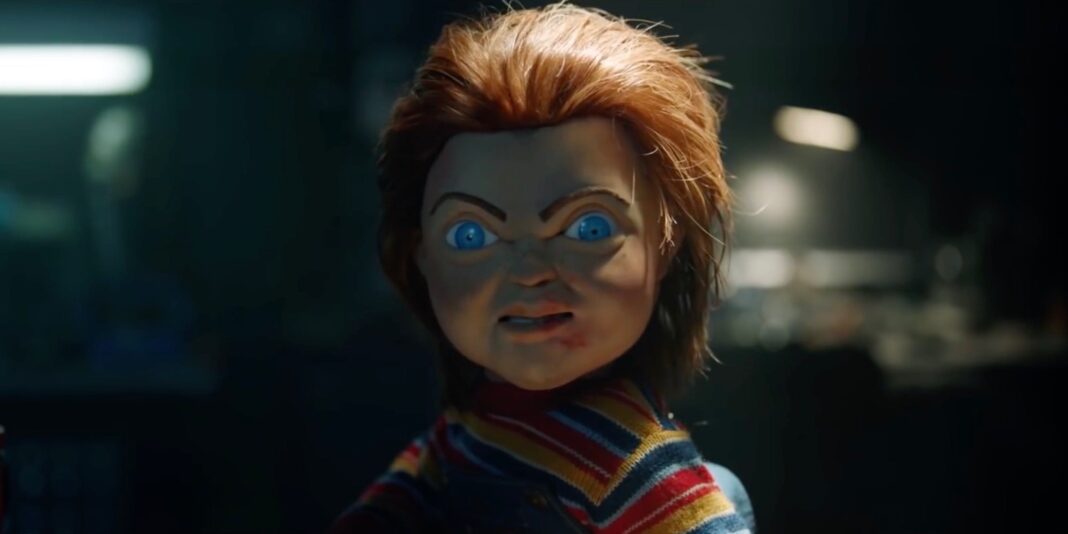 The 1988 original Child’s Play is held as a classic to many horror fans across generations. Even with a very public and messy battle with creator Don Mancini, work on the modern day version of this story continued. Granted, the most recent entry in the Child’s Play universe is 2017’s Cult of Chucky, so the original timeline is still fresh in many fans’ minds. With all this considered, a Child’s Play remake was facing an uphill battle to where you would have to find a way to modernize it without losing the original spirit.

The movie begins with Karen Barclay (Aubrey Plaza) and her son, Andy (Gabriel Bateman) who move to a new apartment in Chicago looking for a new start. There’s a sense of the usual new kid blues that fall over Andy as his mother urges him to go out and make new friends. Coupled with the fact that his mother has a boyfriend, Shane (David Lewis) who is abusive towards Andy, this only adds to the alienation that he feels.

Karen decides to gift Andy the hottest toy on the market, the “Buddi” doll that is linked to an even bigger network of Kaslan Industries. Think Amazon and accessories like the Echo or the Dot. From there, the movie sets up this relationship between Andy and this animatronic doll that names himself Chucky.

Director Lars Klevberg and screenwriter Tyler Burton Smith bring about a modern technology flavor to the Child’s Play lore that many may be familiar with already. Particularly in the 2001 and 2004 films, A.I. and I, Robot, there’s the question on the man-made limits of machines and if they can actually process human emotions in real time. Usually, there are laws that are put into place for that to only happen to an extent. More so, machines are programmed with a numbness as machines are looked upon for servitude and menial tasks.

However, what if a machine can break rank and exhibit emotions like jealousy and anger? What the 2019 incarnation of Child’s Play does in forgoing the supernatural origin aspect of the original, it brings about a real question of artificial intelligence and connectivity that we all have with our devices. Chucky’s origins don’t come from an overall evil supercomputer, but from a disgruntled human worker with an ax to grind. From the original purpose that is set in this specific Buddi doll, Klevberg allows it to mutate and change as Chucky comes more in contact with ranges of human emotions. After all, is Chucky just a reflection of ugliness that we as humans show ourselves?

It’s a slow descent into madness from something that is at first perceived to be harmless. Even as a commentary on how we use our devices and even the things that we give up such as our own privacy. This version of Chucky uses our connectedness against us in interesting ways as you progress into the film.

There are times early in the movie where you’re disposed to feel sorry for Chucky the doll. While this premise becomes completely undone by the time you reach the end of the movie, the question hangs over the viewer’s head of this Frankenstein and monster relationship. Chucky is only doing what he was programmed to do in this devotion to whoever he imprints. (In this case, Andy.) As Andy is either hurt by something or even starts to take time away from Chucky, there’s a conflict of being protective and envious.

Mark Hamill joins the movie as the voice of Chucky and it proves to be a great pairing because of how he delivers phrases with the machine-like facial expressions of the doll. When the killing starts, there’s a certain brutality and starkness to them. The cinematography of Brendan Uegama does a play on the blue and red colors of the film, blue being a calm version of Chucky and red being the unhinged version. Uegama and Klevberg utilizes these color schemes in a clever way throughout the movie.

This movie mostly works as a confined story with the Barclay family and the relationship between Karen and Andy. Aubrey Plaza is able to switch from her trademark sarcasm to a mother-like concern with a drop of a hat that is both believable and relatable. Bateman’s portrayal of Andy really plays to all the emotional factors that he experiences throughout the movie and the inner tug-of-war that he has in his relationship to Chucky. While Chucky is doing all these evil things, it’s almost like he’s an actual friend to him as well.

When the movie gets away from that and goes into the assembly of neighborhood kids is where it starts to slightly falter. With Stranger Things, a collection of kids that fight off a formidable evil seems like the norm, but Child’s Play excels in this cat and mouse game between Andy and Chucky. Also, the theme of Andy’s disability is touched upon, but not as utilized as one would think in the film.

Not to say that the movie is all doom and dread. There are also instances of humor that work very well. Brian Tyree Henry’s character, Detective Mike Norris, brings some lightheartedness in what turns into a very grim story paired with Plaza. Even Mike Norris falls victim to the carnage that happens, and Henry shows how it affects him in a short amount of time.

The score of Bear McCreary not only adds a new coat of paint to the original theme of Child’s Play, but he also adds suspense and heightened tension wherever it’s needed. There isn’t a world that exists that would have a Child’s Play move that’s not rated R. However, as it being a horror movie, it doesn’t lean on such rating to be excessive or overindulgent. Gore is paired with a certain creepiness to the movie’s benefit. With the new model of the Chucky doll and modern technology, it lends you tools to play around with to already play to fears society has on cloud serves or “Skynet becoming self-aware.”

2019’s version of Child’s Play wants to remind you of its beginnings, but it also strives to become its own story within itself. One of the major triumphs that a remake can have is how one can make a story relevant even 20 or 30 years later. This movie is quick, to the point, and makes its own impression in a manner with good results.