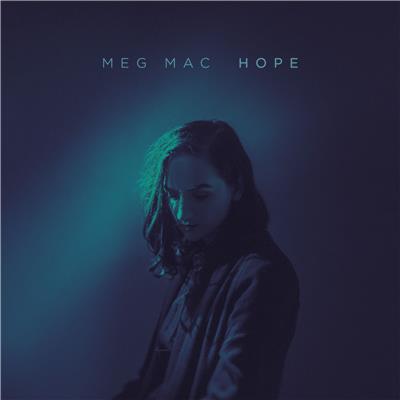 When you press play on an album, if you listen to it under favorable conditions, it’s like starting a journey. People are in a constant stream of change. We are all molded by things from both an internal and external perspective. This is one of the delights of seeing artistry mature over time. Meg Mac’s first album, Low Blows utilized things such as raw, unedited vocals to capture what a live setting would entail.

Listening to the album, you can feel every enunciation of words as if you were sitting in a live audience. It was also fitting being the first album from Mac where you can hear a new artist not afraid to show themselves go through the album process. Hope comes from a little bit of a more polished place, but that’s not at the expense of emotion or artistry. In fact, the experimentation with all sorts of instrumentation serves the artist well in telling the world what she’s learned in the two-year period during albums.

“Give Me My Name Back’ is the first song that Australian-born singer Meg Mac released from her new album, Hope. Like the title that the album is given, the song strives to inject the same feeling. Musically, it’s a mid-tempo r&b track that slowly builds itself into the realizations that Mac is realizing within herself.

As the beat and synths build around her voice, Mac layers her voice as a sort of inner monologue. Layers of “What’re they gonna call me now? bounce against the wall of “I want it all back,  with assertiveness and confidence. It’s a powerful way to introduce a new album, not only as a fight song for self-identity, but one for those around the world who feel similarly.

“Something Tells Me,’ produced by M-Phazes is an upbeat celebration of releasing a relationship that no longer serves your best interest. Mac writes from a perspective of one that looks back at her former self that she recognizes. However, that person and situations are gone.

Been around, now I’m back, and nothing’s changed
This is where I used to stand every day

Sometimes hope comes with its own set of challenges. It’s good to have it, but it could also mean that you are longing for something so much that it hurts. To Meg Mac, “hope” is a multi-faceted word that can come with both good and bad. The synth-infused, clap filled title track speaks to all the baggage that comes with it. Even the vocals styles are different to depict different range of how hope feels. There’s a high soprano as she sings “I’ll hold on, baby, ‘Til it kills me.” When Mac sings the verses, it shows a person who has been beaten down with the conundrum of trying to stay positive.

The album art itself is a metaphor for this. While most of Mac is bathed in blue, there’s still a ray of light that shines down through her. Even in life, whenever seems dark, there’s still a chance and that’s what hope is.

Even with new found strength, sometimes we briefly fall back on the vulnerabilities of our past. “Head Away” speaks to this about a former lover. With the airy nature of the track, it gives room for Mac to shine vocally, even with a improvised run during the bridge of the song.

At her show at Rockwood Music Hall in New York in February, Mac spoke a little bit about the song “I’m Not Coming Back” that tells of an uneven friendship. The ones that take and don’t give anything in return. The song has an almost gospel vibe combined with a folk flavor as the piano leads you into the bold percussion of the chorus.

The album ends with “Before Trouble.” It’s a showcase of the ability for Mac to bend her vocal ability to whatever she sees fit. For most of the album, this is one of the things that stands out the most that continues from Low Blows. Not only is the main vocal powerful, but the components on how Mac are able to use them in an album that is mainly relies on arranging the instruments like a piano or a slight guitar riff to elevate the vocals.

While Hope is considered a mini-album, the messages and most importantly, the musical abilities of Meg Mac herself are anything but minuscule. There’s a confidence in being unguarded that the album wants you to take and sit with. In an age where albums seem to carry the extra weight of a long track list, Hope is both concise and says everything it needs to within 26 minutes.