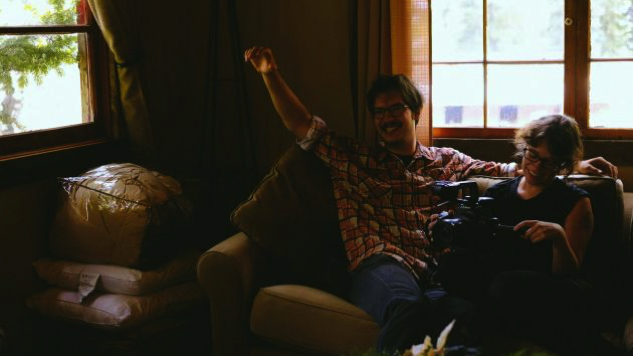 Albany band Blue Ranger bring forward folk triumphs in the form of their new record Saving A Beauty. The act, send out precious, subtle notes into the atmosphere too, breaking through the flurry of noises. This is what makes Blue Ranger unique. A collective, not fiery, but calm and searching for hope to form a body so they can carry it upon their shoulders. With that in mind, they settle into rhythms so sweet and genuine, flexing their musical muscles, fearlessly elevating at every turn.

Saving A Beauty isn’t a punk album nor is it a heavy opus. It is a compendium truly developing but not scaling over. We as listeners may not get it when it freshly comes to the fore, we may not dive straight first into its core, but as it progresses like a fine wine, we’ll all find a morsel of greatness. And yes, it’s great and it’s poetic, delivering sincerity in abundance.

Sweet guitar sounds are aplenty on Saving A Beauty too. Guitarist Josh Marre who we know from highly sought after band Pinegrove, plays in sync, generating satisfying grooves. He is an all-rounder, a musician not trapped in a mundane loop, but a harmonious embrace. The music never clatters or falls short either, it holds the listener in a grip which doesn’t feel like all of the air has been sucked away. It also manages to leave a lasting impression.

With all this goodness lined through the record, it’s difficult to pick a winner. As this band champions honest, entrancing music, as they mindfully play their hearts out, as every song binds together, we can only applaud their clean sweep of magical moments. “Moments like Missing Persons” — a song which isn’t confined to small spaces; it’s lyrical quality and back-beats are heavenly — from start to finish it directs us to serenity. “Spots” is another gem as the acoustic sounds maximize, leaning towards a louder frequency. “Montana” moves like a cruise on calm waters: the instrumental bite adds complexity and the vocals never dwindle away but become a lasting sound. “Thanks For That” is a solemn heart-puller, a song which shows a different side, a darker picture.

Blue Ranger is great. So great that you must listen on when you’re feeling low, when love burns like a thousand cigarettes, when life offers ruin instead of a beautiful breeze.